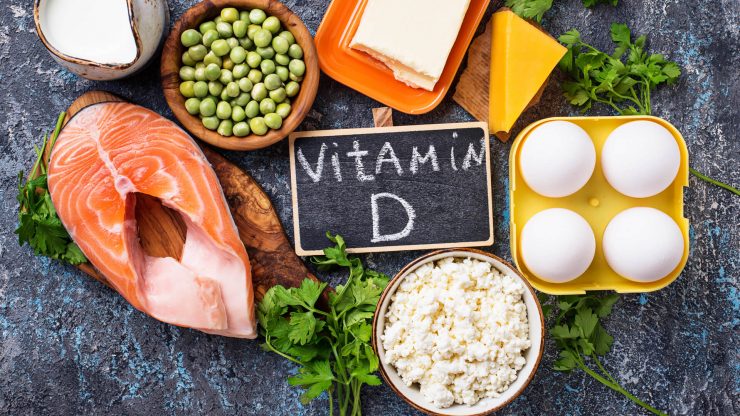 Hospitalized COVID-19 patients are far more likely to die or to end up in severe or critical condition if they are vitamin D-deficient, Israeli researchers have found.

In a study conducted in a Galilee hospital, 26 percent of vitamin D-deficient coronavirus patients died, while among other patients the figure was at 3%.

“This is a very, very significant discrepancy, which represents a big clue that starting the disease with very low vitamin D leads to increased mortality and more severity,” Dr. Amir Bashkin, endocrinologist and part of the research team, told The Times of Israel.

For much of the pandemic, many scientists have suggested that the so-called sunshine vitamin may help people fight the disease. The new study represents one of the most compelling pieces of supporting research yet.

“In short, after conducting this study I would say to people that during this pandemic, you certainly want to make sure that you have adequate vitamin D, because if you contract the coronavirus it will help you,” said Dr. Amiel Dror, who led the research.

He analyzed data on 1,176 patients admitted to the Galilee Medical Center, 253 of whom had vitamin D levels on record, for a study that has been published online but not yet been peer-reviewed. Half of those with recorded levels were vitamin D-deficient.

“We were very interested to see just what a big difference this made, with these patients some 14 times more likely, on average, to end up in severe or critical condition,” said Dror, who, like Bashkin, is a physician at Galilee Medical Center, as well as a researcher at Bar Ilan University.

Numerous studies have been conducted on the association between vitamin D levels and the SARS-CoV-2 infection, and they have produced mixed results. Most of them measured vitamin D levels once patients were already sick, which can complicate interpretation of the results.

Israel’s centralized health record-keeping has allowed Bar Ilan researchers to easily access patient vitamin levels that are on record from before infection. This data led to an important study that lauded vitamin D’s prospects for fighting the disease last year, as well as the new study.

“This study is important because of the results, because of the fact that it uses data from before admission, and also because we were careful to isolate all factors like age and diabetes,” Dror said.

“We saw that vitamin D deficiency is an independent factor that significantly influences the status of the patient.”

Dror added that the fact that such a large proportion of patients were vitamin D-deficient in Israel, despite the abundance of sunshine, highlights the value of people around the world monitoring and potentially boosting their levels.

More than 80% of COVID patients are vitamin D deficient

Valid Claims Natural Remedies Prevent, Treat or Cure COVID-19 are Now being Censored by the FDA