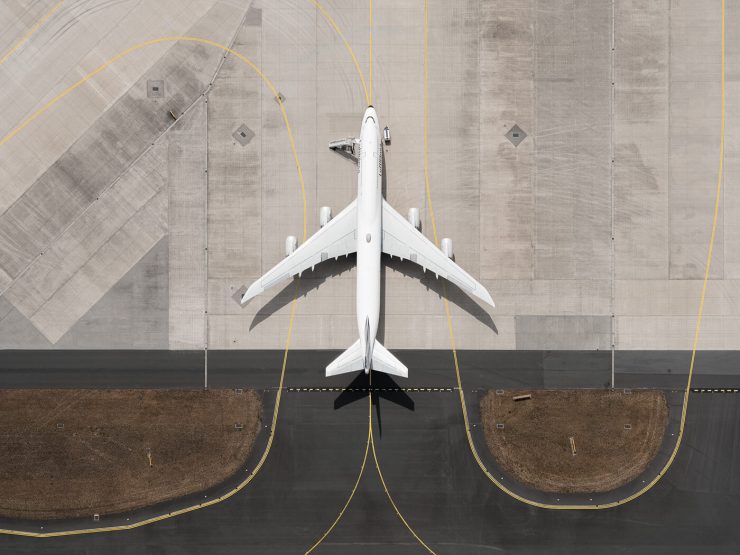 Oneworld, Star Alliance, and SkyTeam – three of the largest global airline groups which together represent 60 percent of the world’s passenger air capacity – issued a statement praising smartphone-based health pre-clearance apps like CommonPass on Wednesday, urging governments to mothball the “blunt instrument” of quarantines and lockdowns and adopt intrusive digital health technology instead.

The airlines cited recent testing of CommonPass, which purports to offer a trusted international standard for documenting a passenger’s compliance with COVID-19 health regulations, as well as a recent report from the International Civil Aviation Organization (ICAO) in their plea for governments to reopen closed borders and roll back mandatory-on-arrival quarantines for travelers who’ve installed the app.

“A robust protocol for testing will…demonstrate that air travel is not a material cause for infections and will pave the way for a framework of trust to be established between nations,” Star Alliance CEO Jeffrey Goh said in a joint statement published by the three groups on Wednesday.

CommonPass – the only app cited by name in the statement – aims to allow travelers to bypass many countries’ mandatory quarantine period by certifying they are healthy before they board the plane using internationally agreed-upon testing measures. Once a vaccine against the novel coronavirus is available, the app will also certify that a traveler has received it. Inbound travel to countries that require new arrivals to quarantine for two weeks dropped almost as much as travel into countries with closed borders, according to statistics from the International Air Transport Association (IATA) collected between January and May.

Airline CEOs appear to have pinned their hopes on the idea that world-travelers are so stir-crazy after travel bans extending up to 10 months that they will gladly jump through this latest Orwellian hoop in exchange for a chance to take to the skies once more. “With extensive travel restrictions creating much uncertainty for customers, testing can play a role in enabling the safe restart of travel,” OneWorld CEO Rob Gurney said in the joint statement, suggesting a “consistent, scalable and cost effective” standard would “provide clarity and confidence to customers, airlines and other stakeholders.”

CommonPass was launched in July by the Commons Project, the World Economic Forum, and the Rockefeller Foundation in partnership with “350 public and private sector leaders from 52 countries,” according to its website, which gives precious little information about its origins other than that it was founded with Rockefeller Foundation money.

The project’s stated aim is to “help rebuild international cooperation” as countries move toward reopening their borders in the wake of the COVID-19 pandemic. Many countries remain entirely or partially closed, and international travel has dwindled to a trickle, placing 190 million livelihoods in jeopardy and costing the world economy a whopping $5.5 billion, according to the World Travel and Tourism Council.

While CommonPass limits its scope to passport and health information, the idea – a trusted international standard for sharing what would otherwise be private information – closely resembles the WEF’s Known Traveler Digital Identity program, which predates COVID-19.

An all-purpose digital ID, KTDI combines CommonPass’ record of travel and health status with financial data, social relationships, and perhaps most disturbingly, behavioral information. While the WEF has not explicitly acknowledged the overlap between CommonPass and KTDI, it has admitted it is “currently piloting components of the KTDI concept in a real-life, cross-border context” and “engaging with international organizations” including two global airline standards bodies.

London also has unveiled a pre-departure testing site that allows passengers flying to Hong Kong and Italy to undergo rapid COVID-19 testing before checking in.

However, rapid diagnostic tests have been shown to be even less accurate than the “gold standard” PCR test, which experts have acknowledged is much too sensitive to correctly distinguish between asymptomatic cases capable of spreading the virus and individuals who are neither symptomatic nor contagious.