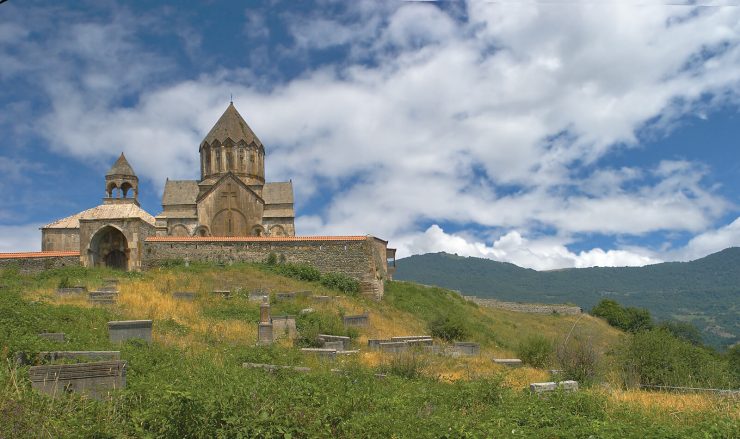 Israeli weapons sold to Azerbaijan are used to target Armenian civilian infrastructure and arms sales between the country should be stopped immediately, Armenian Foreign Minister Zohrab Mnatsakanyan has told The Jerusalem Post.

In an interview in the midst of the ongoing conflict with Azerbaijan, Mnatsakanyan said that while Israeli-Armenian relations have improved in recent years – the Armenian president was in Israel in January – Israel’s continued supply of advanced weaponry to Azerbaijan remains an outstanding issue for the countries.

Azerbaijan is a known close ally of Israel, supplies Israel with about 40% of its oil needs and is a longtime customer of an assortment of Israeli defense companies, buying drones, missiles and other advanced weapon systems.

In 2016, Azerbaijani President Ilham Aliyev revealed that his country has signed $5 billion worth of long-term contracts over the years to buy weapons and security equipment from Israel.

“Arms trade to Azerbaijan is fatal, because Azerbaijan never hesitates to use those weapons against civilian infrastructure, the civilian population,” Mnatsakanyan told the Post. “We will consistently pursue this issue, it will always be an integral part of our agenda both on bilateral and multilateral platforms. Israel should stop this deadly business with Azerbaijan.”

Azerbaijan and Armenia – neighboring countries and former Soviet republics – have long been at odds over Azerbaijan’s breakaway, mainly ethnic Armenian region of Nagorno-Karabakh. Russia, which has a military base in Armenia, has urged the two sides to cease fire and show restraint.

The latest fighting began around the Tavush region in northeastern Armenia, some 300 km from the enclave. Dozens of soldiers on both sides have been killed.

According to Mnatsakanyan, the recent outbreak of violence “did not happen in a vacuum.” On Monday, Armenia said that one of its soldiers had been killed by Azerbaijani sniper fire at the northeastern section of the Armenia-Azerbaijan border.

“On the eve of the escalation Azerbaijan at the level of highest political-military leadership has been consistently voicing threats of war, territorial and historic claims against Armenia, coupled with very vocal dissatisfaction of the work of the international mediators – the OSCE Minsk Group Co-Chairs,” he said.

He said that it was the second attempt by Azerbaijan to try and resolve the conflict over Nagorno-Karabakh “exclusively on their terms” but the “that show of force by Azerbaijan and its perceived military advantage dramatically failed and we have a clear case of miscalculation.”

Asked about reports that Armenia has successfully downed a number of Israeli-made drones operated by Azerbaijan, the foreign minister said that the country was acting against Azerbaijan with disregard to where those weapons came from.

“For us those weapons are deadly as they kill our people,” Mnatsakanyan said. “Our military has neutralized Azerbaijani weapons regardless of their perceived origins. Facts about weaponry obtained by Azerbaijan and used against civilian infrastructure and population of Armenia and Nagorno-Karabakh are numerous and the July events serve as an additional proof.”

“Recognition of the Armenian Genocide by a nation who survived the horrors of the Holocaust is a moral issue. It’s on your conscience. I know that many Jews – public personalities, intellectuals and ordinary people – strongly share this point of view. However, it is up to the authorities of Israel to recognize the Armenian Genocide or refrain from doing it. It’s not only about Armenia but Israel as well.”

Despite the recent flareup in violence, the foreign minister said that Armenia was prepared to resume the ceasefire that had been in place Armenia, Nagorno-Karabakh and Azerbaijan since 1994.

“Unlike Azerbaijan, Armenia agreed to all proposals of the international mediators to strengthen the ceasefire by putting on the ground more monitors and introducing investigative mechanisms into ceasefire violations,” he said. “Armenia continues to advocate those and other measures to reduce risks of escalation.”