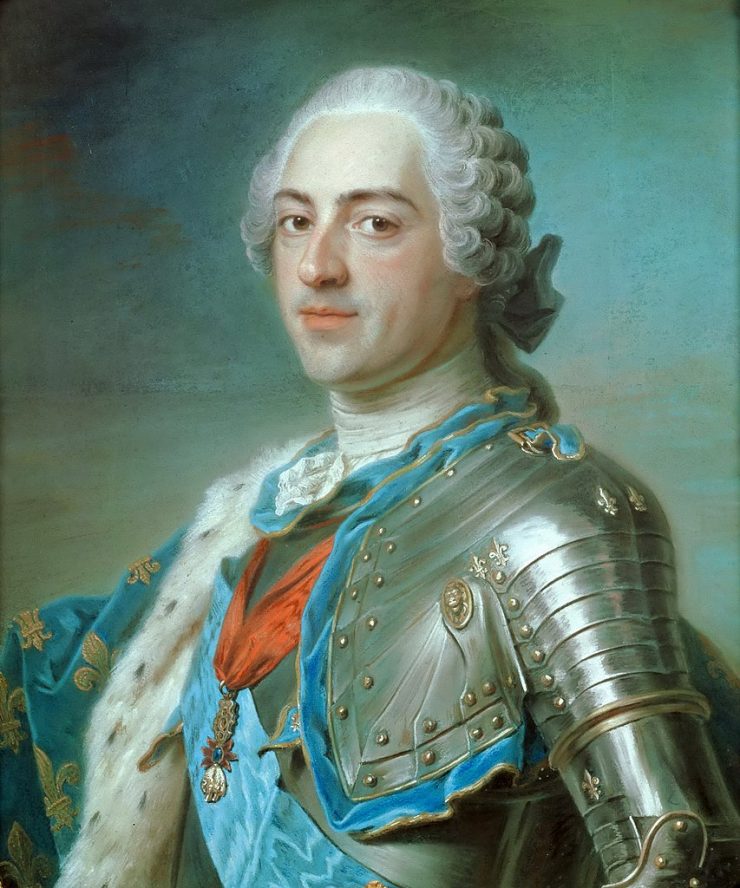 “Apres moi, la deluge,” predicted Louis XV after his army’s stunning defeat by Prussia’s Frederick the Great at the Battle of Rossbach in 1757.

“La deluge,” the Revolution, came, three decades later, to wash the Bourbon monarchy away in blood and to send Louis XV’s grandson, Louis XVI, and his queen, Marie Antoinette, to the guillotine.

Donald Trump is issuing similar warnings for the republic if Joe Biden wins the presidency and Democrats capture the Senate. And the stakes, given the magnitude of the chasm that divides us, are indeed high.

The Democrats are out to remake America, and, 17 days from the election, a Democratic sweep remains a real possibility.

Early turnout is already at record numbers. According to most polls, Biden is ahead in almost all of the major battleground states — Pennsylvania, Michigan, Wisconsin, Ohio, North Carolina, Georgia, Florida and Arizona. To win, Trump must carry six or seven of those states.

In national polls, Trump is further behind, in some by double-digits, reflecting the mammoth Democratic majorities in populous and deep-blue California, New York and Illinois.

Still, this thing is not over.

For, at this stage of the 2016 campaign, Hillary Clinton was showing equally impressive poll numbers, and she would go on to lose all eight of those battleground states in the greatest upset since Harry Truman defeated Tom Dewey in 1948.

Can Trump repeat the miracle of 2016?

Perhaps. When it comes to energy, excitement, enthusiasm and a capacity to bring out crowds of loyalists, even in this the worst of pandemics, Trump is unrivaled.

When Trump calls, his followers come. Not in living memory has there been a president who could bring out such vast crowds with such consistency as Donald J. Trump.

By contrast, Biden’s meager gatherings seem to evoke as much excitement as a seniors bocce ball tournament.

His appearances, reading from teleprompters and spewing canned attacks written by others, produce polite applause. Rarely does a day goes by that Biden does not mumble and misremember something or lose his train of thought.

The essence of the Biden campaign is the avoidance of actual campaigning. And it has worked. On some days, the campaign “puts the lid on” — has no more news events today — by 9 a.m.

The question this has raised is no longer whether Joe has “lost a step” — few deny that — but whether he retains sufficient mental acuity to be a decisive leader of the free world for the next four years.

Two weeks out, however, voters seem not to care, or rather not to care enough to reject the Biden-Harris ticket.

The issue has been Trump. And the imperative for the president and his campaign remains to persuade the nation of several truths:

Biden is not physically or mentally up to the job. He will not be able to stand up to the radicals in his party who have extensive plan to enact in the next two years and a real possibility of doing so.

If Biden wins, they will insist that the Senate do what Barack Obama told them to do: Abolish the “Jim Crow relic” known as the filibuster, and use 50 Senate Democrats to enact an agenda more sweeping than FDR’s New Deal.
Of what does that agenda consist?

To shift the goal from equality of opportunity in race relations to equality of results — in income, wealth, power. Reparations for slavery. Pursue the Black Lives Matter demand to “reimagine policing” and to “defund the police.”

On immigration, open an immediate path to citizenship and the ballot box for DACA “Dreamers.” End deportations. Grant amnesty to all 11 million to 22 million illegal immigrants in the U.S. Abolish ICE. Open America’s borders to new and higher waves of immigration to make America the most racially, ethnically, socially and culturally diverse society in the history of man.

Pack the Senate by extending statehood to Puerto Rico and D.C., adding four new Democratic senators and making us a bilingual nation.

Accelerate an end to carbon emissions by halting all offshore drilling and ending any reliance for energy, on coal, oil, gas or fracking.

Free education for all from prekindergarten through college.

On and on the agenda runs. But again, without the abolition of the filibuster, a GOP Senate minority could block this agenda that is designed to create a new American nation unlike the one we have known.

No, this is not the French Revolution.

But nor is it the country that evolved over two centuries out of the American Revolution.

The Antifa and BLM radicals remind us of this as they go about smashing icons and statues of the men who brought the Christian faith and Western civilization to these shores and founded the republic that may now be fading away.