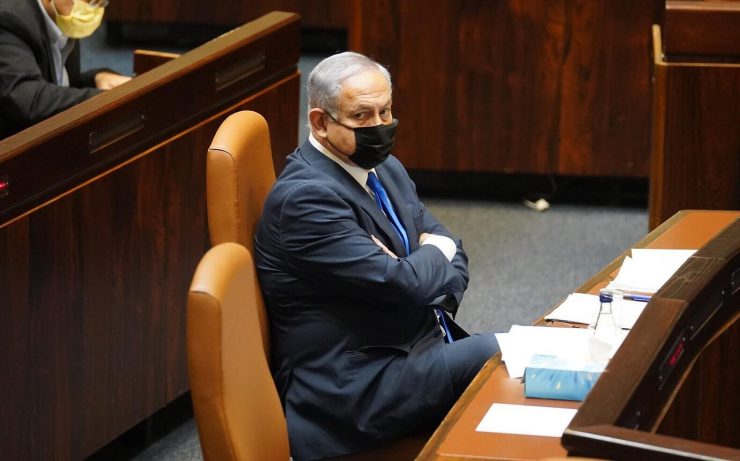 According to the report, although the former prime minister claimed that Foreign Minister Yair Lapid caused “serious damage to the core of national security” when he assured Secretary of State Antony Blinken that Israel would not surprise the United States in any action it takes against Iran – the Americans know that Israel maintains freedom of action on the issue.

According to the source, Netanyahu is acting irresponsibly and sacrificing national interests for his political needs.

“He is well aware of the significance of the strategic alliance with the United States, and is aware of the damage he is doing. that’s sad. A change of government is a routine thing in a democracy. His inability to accept the fact that there is another person in the position of prime minister harms the citizens of Israel.”

Another senior official also claimed that Netanyahu continues to jeopardize the strategic relationship with the United States on the altar of his personal needs.

Earlier, Netanyahu attacked the Bennett-Lapid government, saying that Foreign Minister Yair Lapid’s commitment not to act against Iran without first informing the United States is a commitment that harms Israel’s security.

“Last Thursday, Alternate Prime Minister Lapid pledged to the US Secretary of State that there would be a ‘no surprises’ policy between the parties. This is an incredible Israeli commitment that severely damages the core of national security. If this were the case, we would not have destroyed the Iraqi nuclear reactor. I never had such a policy in my 15 years” as prime minister, Netanyahu said.

Netanyahu added: “Many times we acted even without the prior approval of the Americans. I rejected a similar request recently, even when it was made by Biden and his defense secretary. All I promised was to consider the request. Alternate Prime Minister Yair Lapid waived freedom of action.”

According to Netanyahu, “This is the best gift for the position that the ‘hangman from Tehran’ could have asked for. From now on, he and his regime friends know that it is possible to sleep peacefully. There are no surprises – from now on, the new Israeli government must actually coordinate any action against the nuclear program with the administration in Washington, a government that is rushing forward to return to the dangerous nuclear agreement.”

“This is a government that does not deserve to lead Israel for even one day. This is a top national task. This is not a political matter. And we, and the entire opposition, will do everything to replace this government as soon as possible,” the prime minister stressed.

Foreign Minister Yair Lapid denied opposition leader Netanyahu’s claim that Lapid had committed to a “no surprises” policy with the Biden administration.

“The first part of the sentence is incorrect and the second part will not be. I thank the chairman of the opposition for the advice. We will continue from here,” said Lapid.