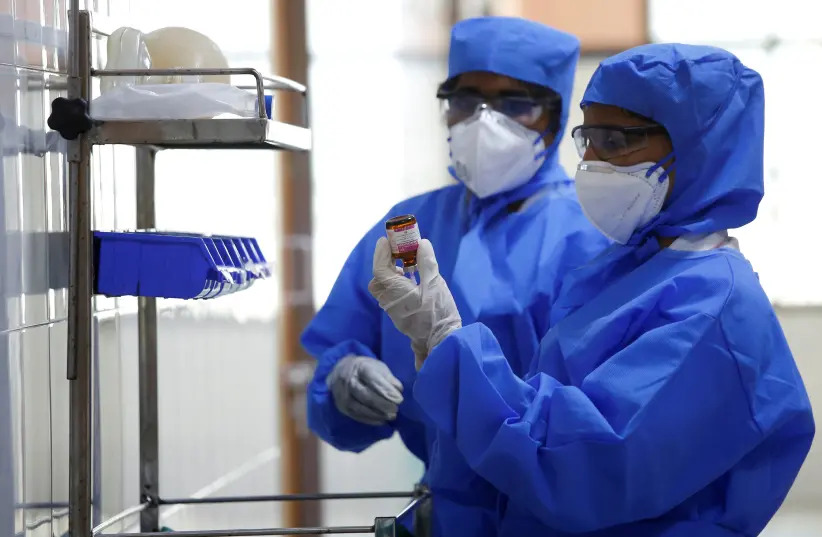 State broadcaster Doordarshan as well as private TV networks NDTV and CNN-News18 all said 21 Italian tourists had been tested in the capital New Delhi, citing unidentified sources – bringing the total number of cases within the country to 28.

An Italian had tested positive for the virus in the western desert state of Rajasthan, a health offical said on Monday.

Separately on Monday, the Indian government said two other people had tested positive for the coronavirus. The news hammered already rocky stock markets.

One of the new cases was detected in the capital, New Delhi, while the other was in the southern state of Telangana, the government said in a statement.

The New Delhi patient had been in Italy and the one in Telangana had been Dubai in the United Arab Emirates, the government said; both were stable and being closely monitored.

“The government is monitoring the situation at the highest-level,” Health Minister Harsh Vardhan told a briefing in New Delhi.

Authorities were screening travelers arriving from 12 countries, Vardhan said, adding that more than 1 million people had been screened on the border with Nepal.

In Jaipur, the hospital official said that at least 15 doctors, staff and patients who may have come into contact with the Italian patient would be tested.

India is the world’s second most heavily populated country after China. The government has advised Indians to refrain from non-essential travel to the worst affected countries, including China, South Korea, Iran and Italy.

Meanwhile, the three other patients who had tested positive for coronavirus in India have all been discharged from hospital, and were in quarantine in their homes, the government in Kerala state said last week.

All three had returned from Wuhan, the Chinese city at the epicenter of the outbreak.

U.S. intelligence agencies are monitoring the global spread of coronavirus and the ability of governments to respond, sources told Reuters last week, warning that there were concerns about how India would cope with a widespread outbreak.

Header: Medical staff with protective clothing are seen inside a ward specialised in receiving any person who may have been infected with coronavirus, at the Rajiv Ghandhi Government General hospital in Chennai (photo credit: REUTERS)