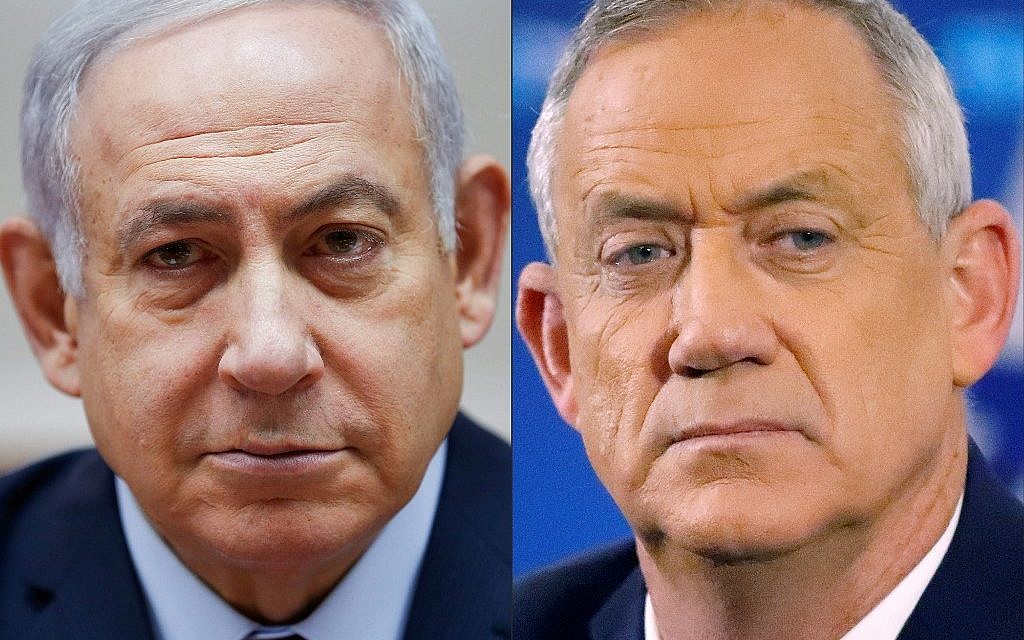 If the results on March 2 are along these lines, Avigdor Liberman’s Yisrael Beytenu party would again be the kingmaker, having prevented the formation of a majority government after elections last April and September. And if his stance again meant neither bloc could form a coalition, Israel could be headed to a fourth election in the fall.

The surveys reflected a gradual improvement in the performance of Netanyahu’s Likud in recent days, but still left the prime minister short of a Knesset majority. In part, Likud’s gains were offset in the latest polls by the rise of the Joint List.

Seven percent of those surveyed by Channel 12 said they might not vote because of fears of the coronavirus.

A survey by the Kan public broadcaster gave Likud 35 seats to Blue and White’s 34. The Israel Hayom newspaper in its own survey gave both Likud and Blue and White 33 seats each, while a third poll from the Maariv newspaper gave each of the two parties 34 seats.

Netanyahu’s bloc of right-wing and religious parties would win 58 seats compared to 56 held by Blue and White leader Gantz at the head of a center-left-Arab bloc, according to the Kan results. Israel Hayom gave Netanyahu’s bloc 57 seats to Gantz’s 56, as did Maariv.

According to these polls, too, Liberman still holds the balance of power, with Kan giving him six seats and the other two polls both finding the hawkish secularist party would win seven seats, enough to carry either bloc to a majority.