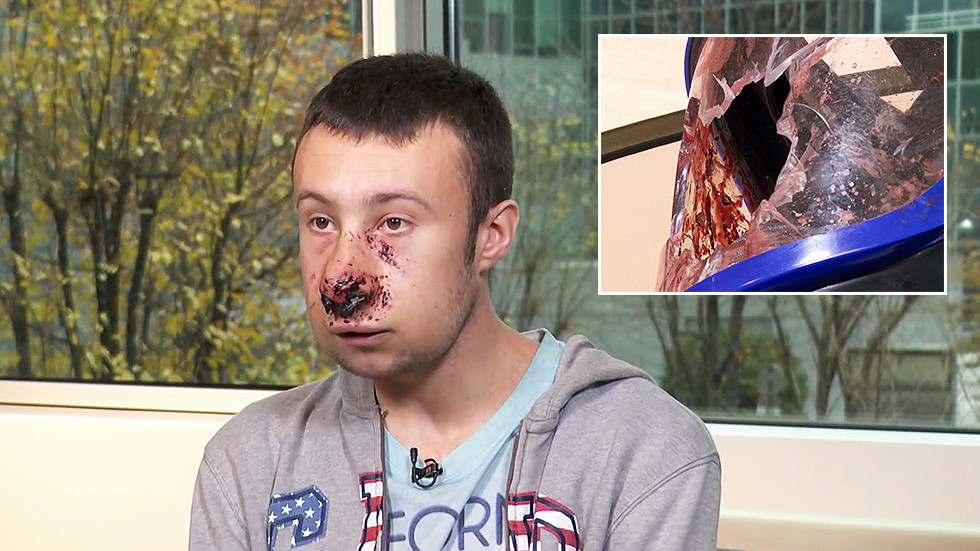 A French journalist recalled the terrifying moment when an explosive tears-gas grenade hit him at the Yellow Vest protest, telling RT that there was no justification for police employing combat tools.

The weekend marked one year since the Yellow Vest protests picked up in France, with independent journalist Julien being among the many reporters, covering the anniversary rallies in Paris.

It started peacefully, but things quickly got out of hand as the protest apparently got hijacked by a group of demonstrators in black outfits. “It was a real riot. Some scenes resembled urban guerilla warfare,” Julien later recalled.

The rioters were blocking roads, building barricades and throwing bricks and Molotov cocktails at police. Julien remained in the crowd, filming the mayhem around him with a GoPro camera.

At some point, the reporter realized riot police have been whipped into a state of “panic.” They responded with a barrage of tear gas grenades and sting-ball ammunition, fired at the people almost indiscriminately.

What happened next felt like a slow-mo scene from a war movie. One gas grenade landed near Julien, than another went off some three to five meters away from him, releasing thick white smoke into the air.

“Then, apparently I was hit in the face [with a grenade]. It exploded right in my gasmask and smashed through its protective plexiglass visor. It felt like a strong punch in the nose. And after that I heard the grenade exploding.” 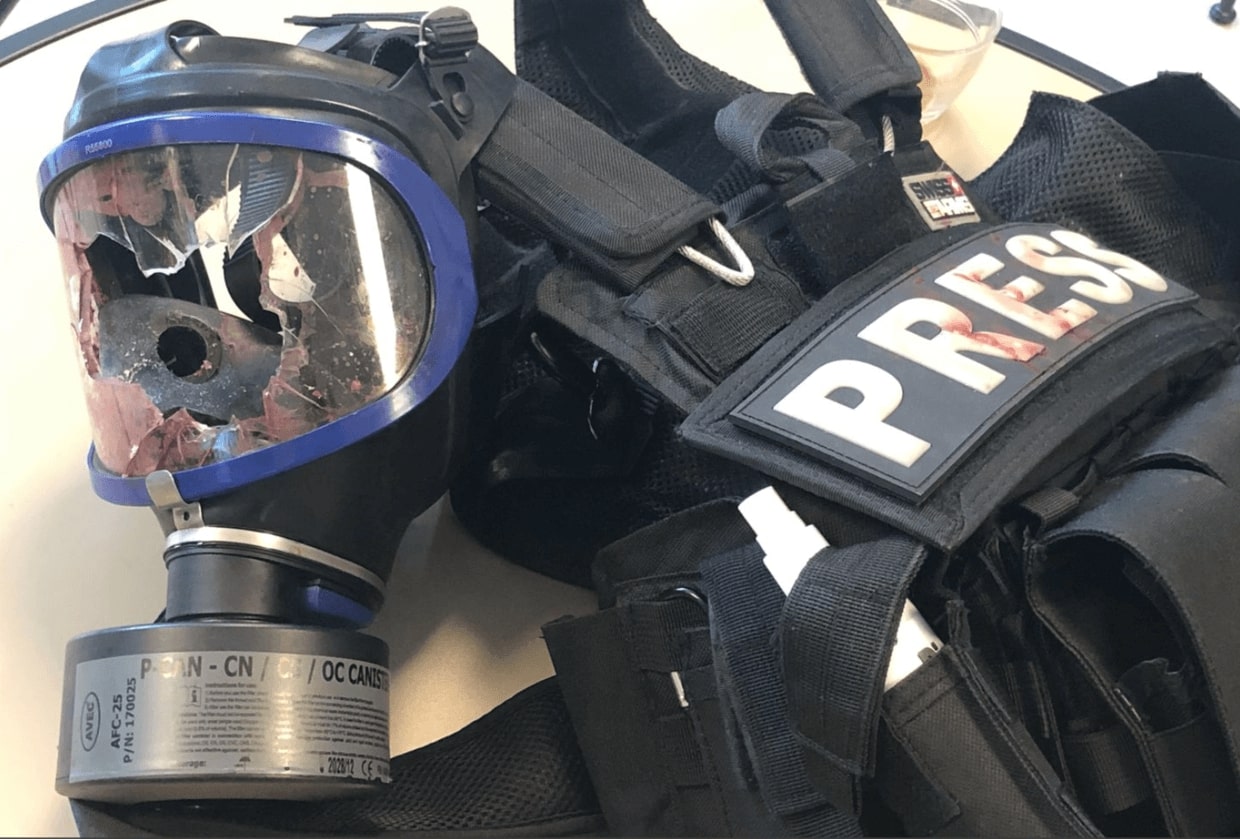 The shock, the pain and the burning were almost unbearable. The reporter instinctively removed his camera and tried running away. But he couldn’t make it more than five meters, helplessly collapsing on the pavement.

Julien’s nose and upper lip were smashed by what he identified as a French-made GLI-F4 explosive tear gas grenade. “I watched this moment frame by frame later. There really was an explosion. The flash is clearly visible in my footage,” he recalled, confessing that the image of that flash is now haunting him and often reappears in front of his eyes.

The protesters around him rushed to Julien’s help as soon as they saw him fall down. “I’m really thankful for that,” he said. The reporter was carried into a safe place and emergency workers were called in.

The man was diagnosed with a broken nose and taken to hospital together with other wounded demonstrators. “If I wasn’t wearing a gasmask I wouldn’t have gotten off so lightly,” he said. He was stitched up, with the doctor saying the blood tumor on his face will heal in a week.

But not everybody was that lucky. There was one man at the hospital who had huge problems with his eye after an injury similar to Julien’s. “I don’t know what his condition is now, but it’s a nine of ten chance that he had lost his eye.”

The journalist said he was going to file a complaint with the police over what was done to him. However, he says has no high hopes that justice he deserves will be served. “I think that even with all the evidence I have, the probe will be terminated – like it happened in so many other cases.”

But Julien is eager to keep fighting until GLI-F4 grenade is removed from police arsenal. “Those munitions can seriously hurt the demonstrators and I’m not sure their use is justified, as actually it’s a combat tool,” he explained.

Interior Minister Christophe Castaner blasted “barbaric” Yellow Vests for attacking police officers and preventing firefighters from putting out the fires started by the demonstrators on the makeshift barricades and parked vehicles in downtown Paris on Saturday: “We saw few protesters… but also morons, bullies and thugs.”