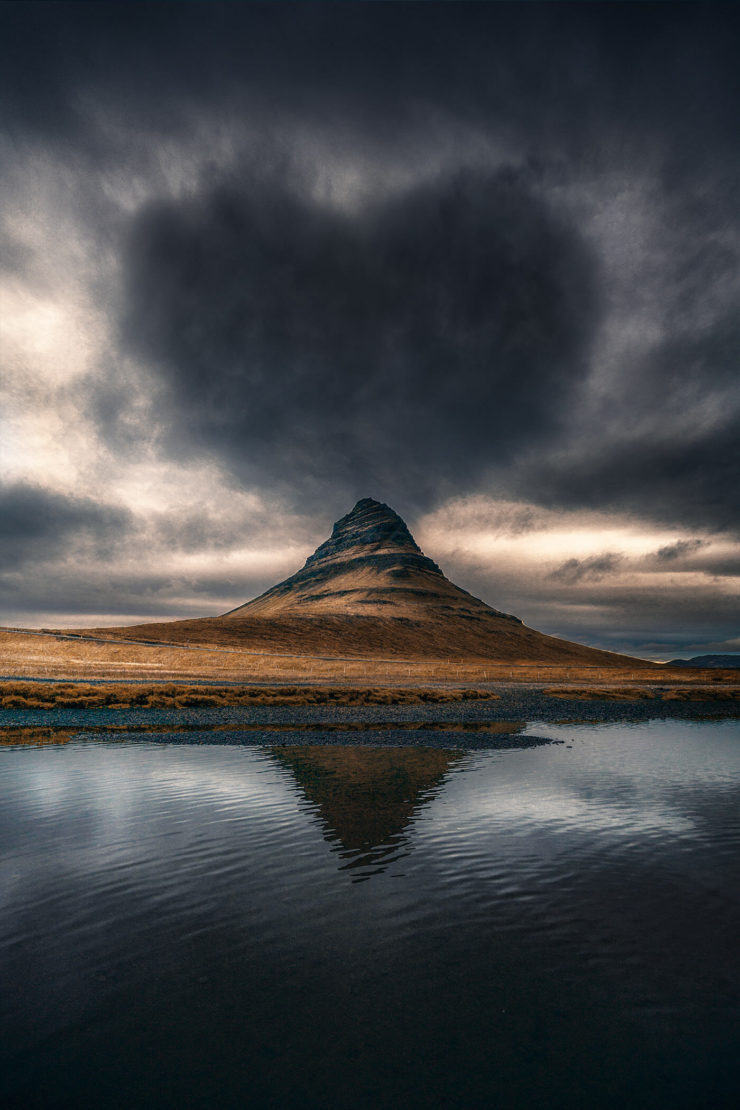 Translated by Rochel Sylvetsky from the Makor Rishon Hebrew weekly

Rabbi Yaakov Halevi ben Moshe Moelin (known by the acronym Maharil, 1360-1427) was one of the spiritual leaders of Ashkenazic Jewry during the Black Plague. His writings, considered the foundational source of Ashkenazic observance and traditions, were written during a terrifying period in the history of Jews dwelling in the path of the plague, commonly known as the Black Death or Black Plague because of the black spots that appeared on the bodies of its victims.

The pandemic reached its climax between the years 1347-1351. It first erupted in China before the era of globalization, and spread through the world over a period of several years at the hands of merchants and travelers. The public’s hysteria and the search for a scapegoat led unsurprisingly to the Jews, who were accused of poisoning the wells and were slaughtered by the thousands. Many of them fled Western Europe for the East where they were promised a modicum of civil rights.

The Maharil witnessed the aftermath of the horrific pogroms that resulted from blaming the Jews for the pandemic, and many of the answers in his book of responsa, Teshuvot Hamaharil, deal with halakhic questions that arose after the massacres: the status of orphans, widows and agunot, burial procedures for the victims, rights of possession regarding the assets of butchered families and more. In one response he allows eating meat slaughtered by ritual slaughterers whose knives have not been checked by halakhic decisors, explaining that his lenient ruling is due to the scarcity of halakhic experts, so that often there no one to ask. He rejects a more stringent view, reasoning sadly that “the writer of this response lived before the edicts (i.e. the pogroms, ed.) when it is known that there were Talmudic geniuses, but now we have an orphaned generation that has no one who can tell his [halakhic] right from his left.”

True, there is no basis for comparison, and I cannot bear the pontifications of people who “identify long term processes” (e.g. Yair Golan), but still, I have a feeling that after the failure of the Just Not Bibi campaign and the dissolution of Blue and White, there is a need to find a ‘Jewish’ outlet for the stored up hatred and negative energy that remain – and what better target than the haredim? We have thus seen a doctor’s manifesto against haredi Minister of Health Yaakov Litzman, obsessive reporting on fringe haredi elements that continued to pray in groups despite warnings, and an infinite number of expressions of anti-haredi animosity on social media – let alone media pundits and commentators.

News broadcasters who live their lives with 1.7 children and a dog in villas, duplexes or penthouse apartments vilify families with nine children crowded into four room apartments without porches in urban areas as densely populated as Jibalya refugee camp. People who don’t see any reason to get married when they can simply move in to her apartment are filled with righteous anger at couples who are not willing to forego creating a ‘loyal home in Israel’ which the Talmud says is equivalent to rebuilding one of the ruins of Jerusalem. Media addicts who connect to every update and push online have difficulty understanding a population without Wifi which obtains its information from rabbinic sermons, Yiddish phone networks and vehicles equipped with blaring microphones that traverse its neighborhood streets.

The real truth, as always, is complex. The criticism launched at the haredi sector is not wholly unfounded. The onset of the pandemic has revealed an infinite number of lacunae plaguing the infrastructure managed by the haredi public, and the problem starts from the top echelons. There can be no better example than the video clip in which Rabbi Kanievsky, Shlita, is seen signing a second halakhic decision in which he retracts his first decision to continue operating yeshivas and youngsters’ Talmud Torahs (note: Israel’s hasidic rabbis, in contrast to the Litvish, complied with the government injunctions almost immediately, ed.).

This is a 92 year old Torah luminary who is hard of hearing, and watching that scene was heartrending. Four questions worded to obtain specific answers were placed before him– yes, no, permitted, forbidden. The revered Rabbi is now totally cut off from firsthand information about the current world, dependent on information selected by those surrounding him, all of whom have their own woven web of interests, and his halakhic decisions – which affect hundreds of thousands directly and indirectly – now lack the accompanying arguments normally added to explain those decisions. One can hardly imagine any court publicizing a decision in that way.

Criticism, however, does not preclude solidarity. And solidarity necessitates tolerance, a trait rarely found in Israeli discourse. Tolerance means respect for another person’s identity even if I do not agree with him, and the willingness to leave my personal space and try to understand him by visiting his space. The idea is to understand him from within – without hoping and praying that he disappear.

A question of identity

For most of the Israeli public, obeying the Health Ministry guidelines is important for more reasons than guarding one’s health. It strengthens their identity as law abiding citizens. This identity is very important to them, symbolizing civilization’s victory over anarchy and primitivity. The haredim, on the other hand, dwell inside the real or vitual walls they have built to enclose their society and abide by G-d-given law. This identity is the most fundamental or all and takes precedence over any other, even parenthood. That is why in extreme situations, haredi families are willing to break relations with a child who has abandoned observant life. This identification certainly takes precedence over the injunctions of the Health Ministry.

In contrast to the general public, which is sometimes happy to observe the government’s restrictions and remembers the early Zionist value expressed as “we shall overcome,” the haredim already strictly observe the laws and obligations from Above, leaving them little space for the laws imposed by flesh and blood. They do not have to prove to themselves that they can manage restrictions.

It is impossible to separate haredi consciousness from the heavy burden of history it carries. The European Jewish historical memory is replete with pogroms, crusades and plagues. Generations after generation Jews kept the mitzvot and customs at any price, even if that meant suicide by fire, the death chosen by the Frankfurt am Mein community of Germany in the early days of the Black Plague.

When there is a crisis, the haredi instinct calls out to “go and gather all the Jews” (a phrase from the Scroll of Esther, ed.) in synagogues and study halls, exactly the opposite of what is expected of them now. This ethos is what formed a meta-natural Judaism, one that overcomes nature, which is why the issue of ritual immersion during this social distancing period, which was of concern to Religious Zionism, was less important to the haredim. They went to the mikva and that’s that. This is the continuation of the sacrifice of Rabbi Akiva who, as he was being tortured to death by the Romans, said “I wondered when I would be given the opportunity to perform this mitzvah (of martyrdom, ed.).” It is not unlike commandos who do not hesitate run right into the line of enemy fire after undergoing intensive training.

Connecting to the state, relating to a Jewish state that does not observe the Torah, is complicated for them. Ideas such as “pikuach nefesh” (life threatening danger which trumps commandments) of the general populace rather than an individual or identification with the state as a Jewish entity that lends special weight to government decisions are part of the religious Zionist ethos, not the haredi one. The haredim are afraid of automatic obedience to Israeli authority. If they open a dialogue with the Health Ministry, who knows whether tomorrow will bring the Defense Ministry to talk to them about the draft. That is why guidelines of the US Board of Health and the news from Brooklyn influence them more than the guidelines here. And if “daat Torah’ (the rabbis’ opinion) is going to be subservient to outside experts, where will it all end? And what will be left of the cardinal mitzvah to listen to the instructions of Torah leaders?

And despite all this, there is evidence of the beginnings of introspection and self-criticism. More and more haredim understand that the disadvantaged-by-choice situation that the sector has taken upon itself in entire areas of life comes with a hefty price. How the virtual spacecraft called “the society of Torah scholars” is going to land is a tough question. Only the haredim themselves can find the runway, and only they can guide their communities towards a way of life that is more balanced and integrative if they wish to do so.

What they need from Israeli society is empathy, a feeling of solidarity and respectful recognition of their way of life. As we have seen in other areas, such as the draft and employment, when the message they get is mainly hate, fear and vilification, their existing defense mechanisms and instinctive withdrawal understandably take the foreground and lead to raising the barriers even higher.

Source: Article by Dr. Yehuda Yifrach – an investigative journalist and researcher, specializing in legal issues at the Makor Rishon newspaper. A graduate of Otneil Hesder yeshiva, he is a well known lecturer on topics related to law and Judaism.