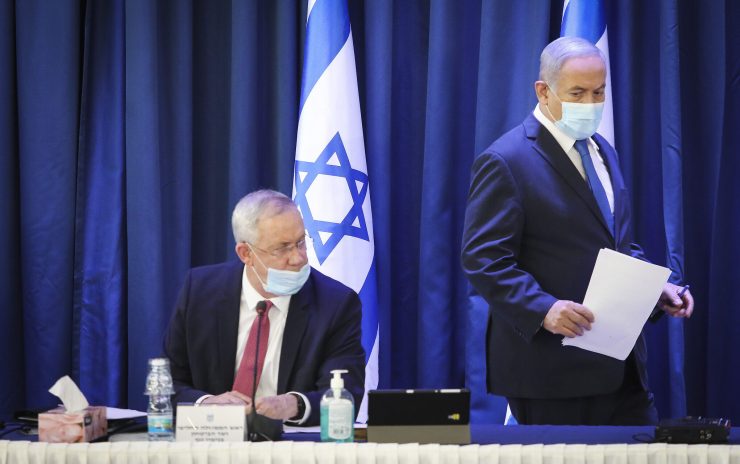 Amid the disagreements between Prime Minister Binyamin Netanyahu and Blue and White chairman Benny Gantz over the annual budget, sources close to Gantz are fearing that Netanyahu plans to hold elections as early as next November, after the second wave of the coronavirus pandemic subsides a bit.

According to a report on Thursday in Channel 13 News, an effort to reconcile between the two sides was made on Wednesday, and it seemed to have had an effect, as the two leaders appeared not to attack each other as much in statements made on Thursday.

Despite this, Gantz’s associates believe that Netanyahu does not intend to reach a compromise on the budget, so that the State of Israel will be forced – by law – to go to another election in a few months.

According to the report, Education Minister Yoav Galant and Attorney General Avichai Mandelblit were not invited to the urgent meeting that was convened on Thursday to discuss a possible lockdown.

The one person who knew about the planned lockdown before everyone else was the son of the Prime Minister, Yair, according to a person who spoke to him earlier on Thursday.

During the urgent meeting held between the ministers, there was no dispute as to the matter of a lockdown on weekends.

Interior Minister Aryeh Deri expressed real concern that the hospitals would collapse in the winter, claiming that then tens of thousands of patients would come to the emergency room and will not know whether they have coronavirus or the flu, so it would not be possible to provide them with adequate care.