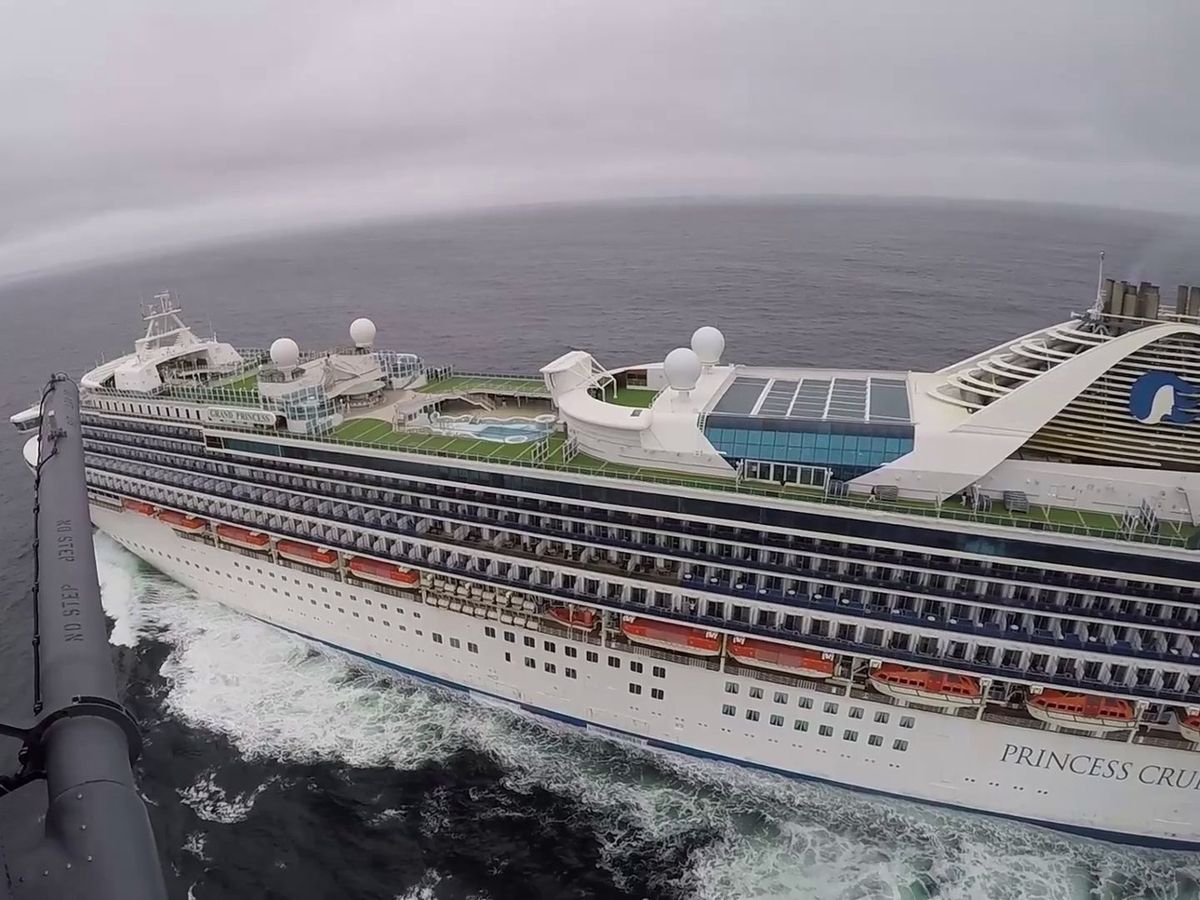 The latest alarming twist in the ‘Grand Princess’ saga is that the 71-year-old former passenger who died in California’s Placer County may have already been infected with the virus when he boarded, meaning that the virus may have been circulating in northern California as early as late January.

It’s certainly a disturbing discovery as officials in California and Washington State have stumbled upon an alarming rash of potentially infected individuals many of whom have been unable to secure a test, even though federal officials said Saturday that tests are being shipped.

Though, as USA Today points out, this is only a theory at this point; investigators stressed that nothing has been confirmed. That would also seriously undermine the Trump Administration’s response, as President Trump has at times seemed dismissive of the threat posed by the virus, something that Democrats are already exploiting for political points, even as the administration is “catching up” – in the words of former FDA director Dr. Scott Gottlieb.

However, “if true, it could mean there was so-called community spread of the virus in California earlier than authorities have previously disclosed,” one official said.

During a conference call with reporters on Saturday evening, Carnival Corp Chief Medical Officer Grant Tarling said the man boarded the ship in San Francisco on Feb. 11, when it set sail for Mexico.

Tarling said the man sought medical treatment from the ship’s medical center on Feb. 20, when he reported symptoms of an “acute respiratory illness” for about a week.

Since the virus has an incubation of roughly five to six days for the first symptoms to emerge, it’s reasonable to suspect that he picked it up before boarding, meaning it was likely acquired in Cali then brought on board the ship.

“We believe this case was community acquired in California and brought on the ship,” Tarling said.

nterestingly, Placer County health officials are disputing the company’s claim: They’re insisting he probably picked up the virus aboard the cruise.

“The Placer County health officer, however, disputed Tarling’s statement and said the passenger probably contracted the virus that causes the COVID-19 disease while on the cruise.”

Is this just the latest example of authorities refusing to accept the true gravity of the situation?

Of course, the cruise ship situation immediately brings to mind the ‘Diamond Princess’, another ship, owned by the same Carnival Cruise subsidiary, that was for weeks home to the largest outbreak outside China, eventually, just over 700 cases were confirmed among its passengers and crew, and several governments, including the US, evacuated citizens from a quarantine overseen by the Japanese government. Six people eventually died. Several passengers have died, and the Japanese and the State Department have been criticized over their handling of the situation.

More than 3,500 people aboard the Grand Princess have been stuck on the cruise ship off California for days. Their two-week journey from San Francisco to Hawaii was interrupted on its return leg Wednesday when officials learned that a California man who’d traveled on that ship last month contracted coronavirus and died this week.

As of Friday, 21 people tested positive for the infection, Vice President Mike Pence said during a Coronavirus Task Force press briefing. Of the 21 people who tested positive, 19 were crew members of the ship and two were passengers.