The European Court of Justice ruled Tuesday morning that all EU member states must label products from Judea and Samaria, eastern Jerusalem and the Golan Heights.

According to the decision, products from these areas must clearly be labeled as having been manufactured in an “Israeli settlement.”

The ruling is the culmination of a legal battle that ensued after the European Commission in 2015 published guidelines about marking products from Judea, Samaria, eastern Jerusalem and the Golan Heights in European markets.

In 2016, the Psagot winery in Binyamin sued in the top French court, the Conseil d’Etat, after France issued a directive applying the European Commission guidelines, while going further and ordering retailers to label “settlement” products. The Paris-based Council of State referred the case to the European Court of Justice.

In its ruling on Tuesday, the ECJ said that “Foodstuffs originating in the territories occupied by the State of Israel must bear the indication of their territory of origin, accompanied, where those foodstuffs come from an Israeli settlement within that territory, by the indication of that provenance.”

“Indication of the territory of origin of the foodstuffs in question is mandatory […] in order to prevent consumers from being misled as to the fact that the State of Israel is present in the territories concerned as an occupying power and not as a sovereign entity,” the court elaborated.

It further stated that “settlements established in some of the territories occupied by the State of Israel are characterized by the fact that they give concrete expression to a policy of population transfer conducted by that State outside its territory, in violation of the rules of general international humanitarian law,” such that “the omission of that indication, with the result that only the territory of origin is indicated, might mislead consumers.”

“Consumers have no way of knowing, in the absence of any information capable of enlightening them in that respect, that a foodstuff comes from a locality or a set of localities constituting a settlement established in one of those territories in breach of the rules of international humanitarian law.”

“The provision of information to consumers must enable them to make informed choices, with regard not only to health, economic, environmental and social considerations, but also to ethical considerations and considerations relating to the observance of international law,” the court concluded, asserting that “such considerations could influence consumers’ purchasing decisions.”

The European Commission stated in response to the ruling: “The Court ruling does not concern products from Israel itself. Israel has a privileged trading relationship with the EU based on the EU-Israel Association Agreement, establishing that products originating in Israel within its internationally recognized borders benefit from preferential tariff treatment upon their entry into the EU. This situation will remain unchanged.”

“The EU does not support any form of boycott or sanctions against Israel. The EU rejects attempts by the campaigns of the so-called ‘Boycott, Divestment, Sanctions’ (BDS) movement to isolate Israel.” 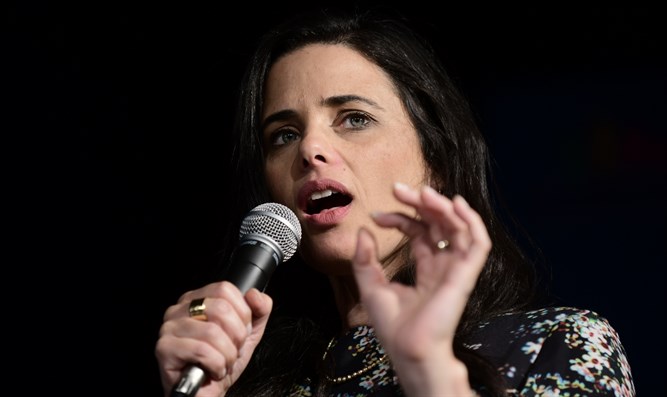 The Supreme Court of Justice of the European Union (whose relationship with justice in our case does not exist) this morning ruled that all EU member states are obliged to clearly mark products manufactured in Judea and Samaria, East Jerusalem, and the Golan Heights.

What hypocrisy. Such a determination exists only against the State of Israel. An anti-Semitic stench wafts from it.

There is no similar marking directive on other conflict zones like the Crimea, Tibet, Cyprus, Western Sahara – and the list goes on.

Still, what stupidity. The original EU directive discriminated against Israeli exports, but it was not mandatory. Therefore, the Foreign Ministry fought a strong and successful fight to stop implementation of the directive in most of the Union countries.

But the Psagot Winery insisted on continuing their petition to the Union Tribunal. Although the Deputy Director of International Affairs and I, as Justice Minister, recommended that they withdraw the petition long ago.

We pleaded with them, so as not to say we begged. We realized that we would not be able to find justice in the European Court of Justice. We warned them that this was a dangerous step, which would harm all business owners in Judea and Samaria. But they insisted on continuing the petition. Today came the decision of the tribunal, which made the directive mandatory.

The EU apparently does not understand that the solution to the conflict will not come from discrimination against Jewish settlement, but from eradication of terror, cessation of Palestinian incitement, and application of sovereignty to Judea and Samaria.

MK Ayelet Shaked is Chairwoman of the New Right Party.