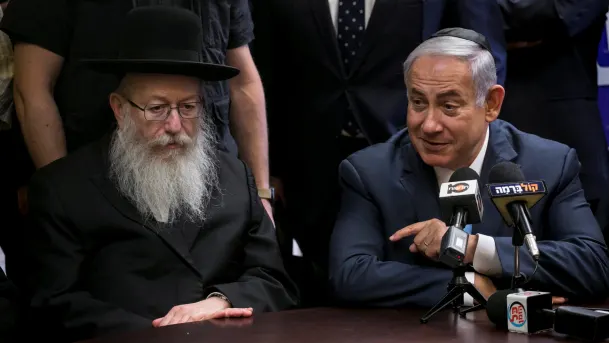 Israelis were confirmed to have caught coronavirus for the first time on Sunday, as the Health Ministry reported that three Israeli passengers on a cruise ship off Japan’s coast had tested positive.

The Foreign Ministry said three of the Israeli passengers had been taken off the ship today to receive treatment and confirmed that those three had tested positive for the virus.

The Foreign Ministry said two of the Israeli passengers had been taken off the ship to receive treatment and confirmed that those two had tested positive for the virus.

“So far, we have conducted tests for 1,219 individuals. Of those, 355 people tested positive. Of those, 73 individuals are not showing symptoms,” Katsunobu Kato told a roundtable discussion on public broadcaster NHK. The number was a rise of 70 from the last government toll.

Following the development, panic and resentment were spreading among the remaining Israelis aboard the ship.

The new infection figures came as the United States was preparing to evacuate some of its citizens from the Diamond Princess, which has been in quarantine since February 5 in the port of Yokohama, near Tokyo.

Hong Kong also said it would offer its 330 citizens on board the chance to take a charter flight back.

“Based on the high number of COVID-19 cases identified onboard the Diamond Princess, the Department of Health and Human Services made an assessment that passengers and crew members onboard are at high risk of exposure,” the US embassy said in a letter to its passengers.

Israel has unsuccessfully attempted to negotiate the release of the Israelis on board the ship.

A number of insurance companies lease a plane to bring Israelis quarantined on a cruise ship off Japan back to Israel.

The companies say the plane is in Turkey and ready to fly at the instruction of the government, according to Hebrew media reports – today.

According to the news outlet, the Israeli embassy in Tokyo had updated the 15 Israeli passengers on board the cruise ship that Japanese authorities aim to evacuate all passengers from the ship by late Thursday.

Meanwhile, hundreds pray today at Western Wall for end to coronavirus. The chief rabbi of Tzfat, Rabbi Shmuel Eliyahu, led a mass-prayer service at the Western Wall Sunday afternoon praying for the end of the ongoing coronavirus epidemic centered around the city of Wuhan, in China.