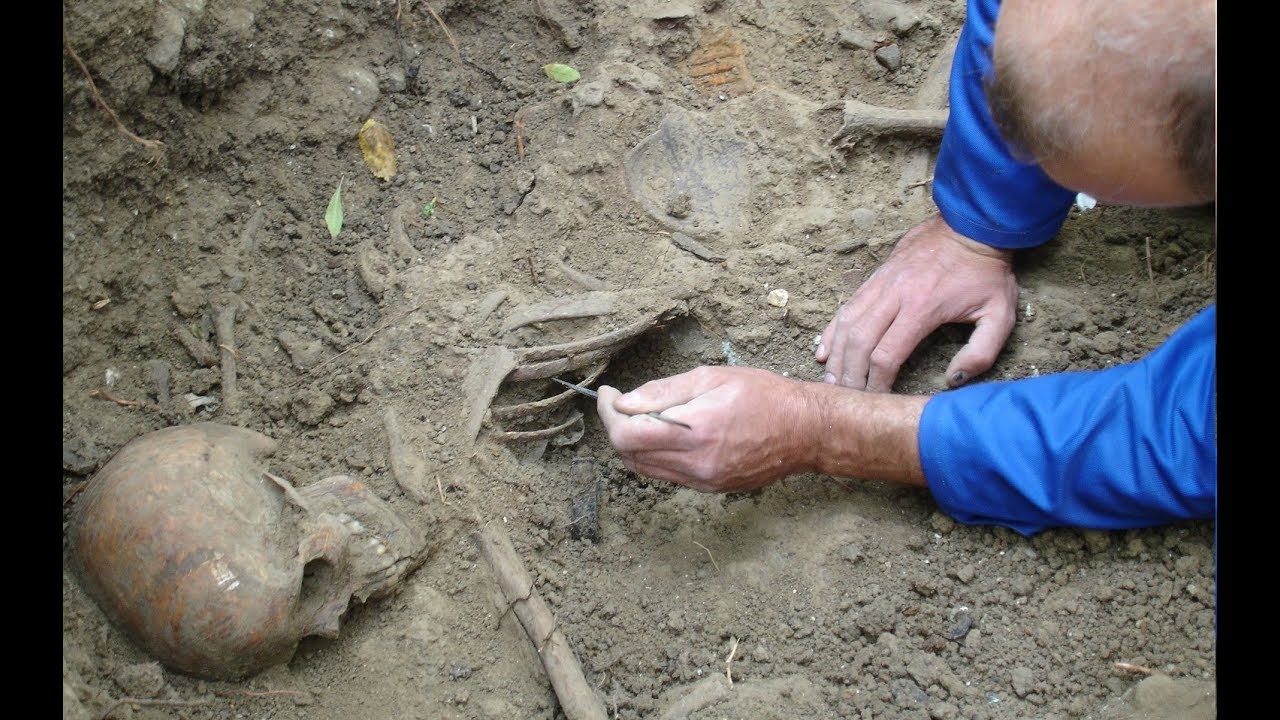 Exhumation by an archeologist and medical students of the bodies of 14 missing in action German soldiers from a mass grave in Villeneuve-Loubet, southern France, in 2006.

The Germans had been killed in combat [disputed] on August 26 1944, when Villeneuve was liberated by the First Special Service Force, shortly after Operation Dragoon, the invasion of southern France.

Identification tags, helmets, ammunition, coins, buttons, and other artifacts were found with the bodies. Following the exhumation, 8 of the bodies were identified.

All were members of Reserve Grenadier Bataillon 372, of Reserve Division 148, that had been on occupation duty on the French Riviera.

The journalist in the [third] news-report says the German soldiers were executed. This is a [possible] mistake on his/her part [disputed ] , as the numerous shrapnel damaged items found in the grave prove.

The complete story of this grave is told in the book “Autopsy of a Battle, the Liberation of the French Riviera, August-September 1944”, by Jean-Loup Gassend, Schiffer Publications: http://autopsyofabattle.blogspot.com/