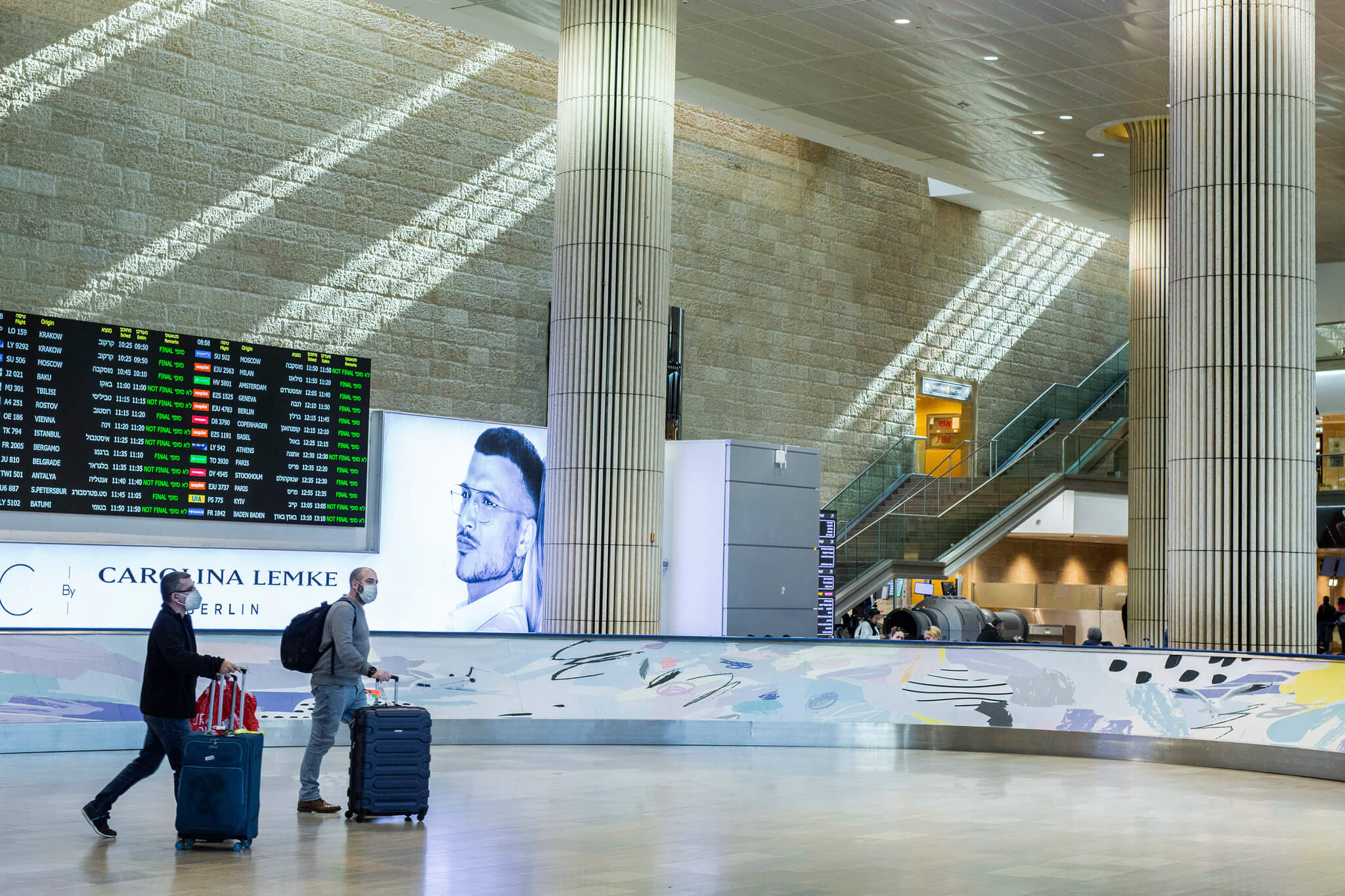 The government on Wednesday voted to postpone next week’s planned reopening of Israel’s borders to vaccinated tourists amid concerns over COVID contagion from abroad.

It also approved the renewed formation of a so-called coronavirus cabinet to oversee its response to an upsurge in COVID cases.

The moves came as Israel sees a jump in daily coronavirus “cases”, which health officials have largely attributed to the more infectious Delta variant brought from abroad by infected travelers.

As part of efforts to contain the rise, the government decided to delay plans to allow vaccinated tourists into the country from July 1 until August, a statement from Prime Minister Naftali Bennett’s office said.

The Prime Minister’s Office said all Israelis will also now have to sign a declaration before flying abroad promising they will not travel to several countries designated by the Health Ministry as “high risk.”

Ministers also agreed that the indoor mask mandate — which was lifted last week — will be restored if Israel sees an average of 100 COVID-19 “cases” per day for a week, the statement said.

Transportation Minister Merav Michaeli was not included in the high-level ministerial committee, though her ministry is in charge of The Israel Airport Authority, which operates Ben Gurion Airport.

A statement from the Prime Minister’s Office said the government intends to advance legislation to reduce the number of ministers in the coronavirus cabinet in the coming weeks to streamline the panel and make it more efficient, without further elaborating.

The previous government, headed by then-prime minister Benjamin Netanyahu and Gantz, had set up a coronavirus cabinet to lead its pandemic response. The power-sharing government between Bennett and Lapid was sworn in last week.

The current weekly average of daily new :cases” is 94, according to the latest Health Ministry figures. The past two days have each seen over 100 new infections recorded, mostly linked to schools and foreign travel, with the number of active “cases” rising to 554.

“Our goal at the moment is first and foremost to protect Israeli citizens from the Delta variant that is raging across the world. At the same time, we want to minimize the damage to daily life in the country as much as possible. We therefore decided to act as early as possible… to not pay a heavy price later,” Bennett said at a meeting with senior government officials and scientific advisers.

He added: “If we observe the rules and act responsibly, we’ll succeed together.”

Earlier Wednesday, coronavirus czar Nachman Ash warned the indoor mask rule could be back within days and the head of public health in the Health Ministry, Dr. Sharon Alroy-Preis, said the ministry was “preparing for all scenarios.”

Meanwhile, the town of Binyamina, identified as a focal point of the recent resurgence of the virus, was classified as an “orange” location on Wednesday, signifying a moderate infection rate, while the central city of Modiin was downgraded from “green” to the more serious “yellow” under the Health Ministry’s traffic light system.

However, Health Ministry director-general Chezy Levy told Channel 13 that while the new rise in cases was certainly worrying and demanded action, he would not yet classify it as a fourth wave of the virus. He stressed that most of the new cases “are tied to clear [infection] chains, some of which began with returnees from abroad who did not keep to quarantine.”

Health Minister Horowitz said there were plans to increase enforcement for those required to quarantine.

The comments came after Bennett on Tuesday urged Israelis to avoid nonessential international travel. He also announced that masks will become mandatory again within the airport, and encouraged Israelis to resume wearing masks everywhere indoors.

Officials have expressed concern about the potential for the Delta variant to cause a relapse of the pandemic.

Children are considered particularly vulnerable, as most are not vaccinated.

Israel has begun offering vaccines to children aged 12 to 15, who previously were not included in the national vaccination plan, and in recent days health officials have increasingly advised that parents have their children inoculated.

Since the start of the outbreak last year 840,166 people have been diagnosed with COVID-19 in Israel, and there have been 6,428 deaths due to the virus.