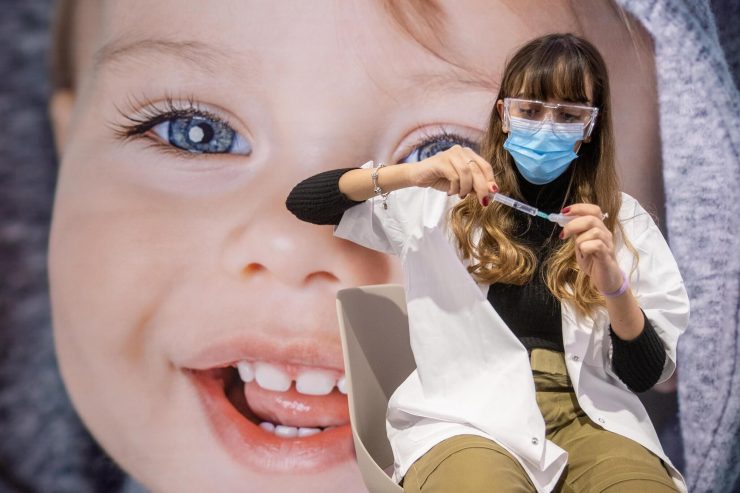 The Health Ministry will destroy at least 800,000 expiring coronavirus vaccine doses if no buyers are found for them in the next two weeks, according to a report Monday.

The doses of the Pfizer-BioNtech vaccines, set to expire at the end of July, are worth hundreds of millions of dollars, according to the Kan public broadcaster.

Israel’s search for a taker for the shots come as many countries are expanding their vaccination drives to combat the fast-spreading Delta [Indian] variant of the coronavirus, which has sent case numbers in some places soaring.

Israel has some 1.4 million shots that will expire at the end of July, but hopes to use 600,000 of them to vaccinate 300,000 teens ages 12 to 15 by then, Kan reported, without attributing the information to a source.

Israel is reportedly in talks with several countries to either purchase the vaccines, or take them in exchange for vaccines they had been set to receive later, which will instead go to Israel. The report did not name the countries.

The Haaretz daily reported last week that three countries had been in touch with Israel about purchasing soon-to-expire vaccines.

Israel began encouraging teens to get vaccinated last week, after case numbers began to mount, sparking a return to an indoor mask mandate and calls by experts to take more steps.

Many of the vaccines used for that drive had been rejected by the Palestinian Authority on June 18 for being too close to the June 30 expiration date.

Over 5.5 million people have gotten at least one dose of the vaccine as of Monday afternoon, according to Health Ministry data, with some 13,000 more being vaccinated daily.

At that rate, it will take until July 21 to vaccinate 300,000 more people and reach Prime Minister Naftali Bennett’s goal of 300,000 newly vaccinated. However, they would need to get the first shot by July 9 to have enough time to get the second shot from the batch that expires at the end of that month.

Bennett told local officials in a meeting Monday that “it is simply a crime not to get vaccinated” before the vaccines expire, according to Channel 12 news.

Israel purchased millions of vaccines from Pfizer and was among the first country to receive them, for an undisclosed amount.

Despite having millions of unused doses, it inked a deal in April under former prime minister Benjamin Netanyahu for 18 million more doses, in case they are needed for booster shots.

Health Ministry data Monday showed a renewed rise in daily “cases”, with 225 new infections from midnight to the early afternoon, up from 145 the previous day. The seven day rolling average is 156 daily cases as of Sunday.

There are now 1,425 active “cases”, after the number was just 230, 10 days ago. However, only 43 people are hospitalized, about half of them in serious condition.