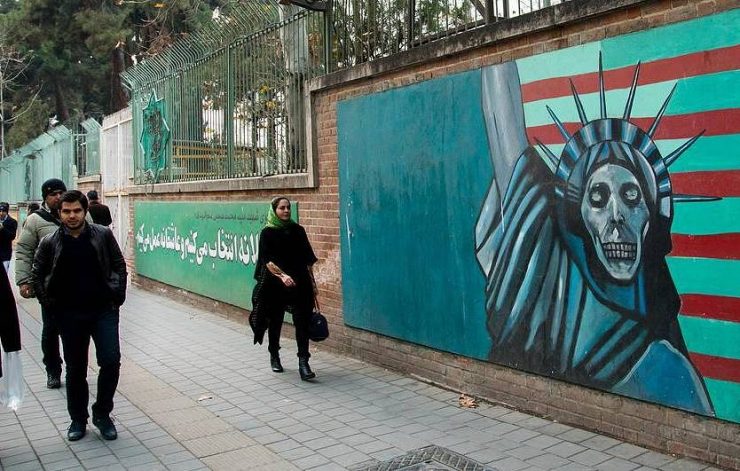 Channel 12 said Raisi backs a return to the 2015 deal limiting Iran’s nuclear program in exchange for sanctions relief, and the estimate in Israel is that an agreement with the US to restore the accord won’t be signed until August, when he takes office. In the meantime, however, Iran is expected to build up its stockpile of enriched uranium.

“There will be no choice [now] but to go back and prepare attack plans for Iran’s nuclear program. This will require budgets and the reallocation of resources,” an unnamed senior Israeli source was quoted as saying.

Israel’s Foreign Minister Yair Lapid tweeted Saturday evening: “Iran’s new president, known as the Butcher of Tehran, is an extremist responsible for the deaths of thousands of Iranians. He is committed to the regime’s nuclear ambitions and to its campaign of global terror.”

Lapid argued that “his election should prompt renewed determination to immediately halt Iran’s nuclear program and put an end to its destructive regional ambitions.”

And Foreign Ministry spokesman Lior Haiat tweeted that Raisi will be the “most extremist president to date.

On Thursday Defense Minister Benny Gantz said Israel and the United States were working to increase the monitoring of Tehran’s nuclear program, while warning that “all options are on the table” regarding Jerusalem’s preparedness to conduct a military strike in order to prevent Iran from obtaining a nuclear weapon.

IDF Chief of Staff Aviv Kohavi, meanwhile, was set to lead a senior delegation of top Israeli military officers to Washington early Sunday to meet with American officials about Iran’s nuclear program and its expansionist efforts in the region, the Israel Defense Forces said.

“The chief of staff will discuss with his counterparts current shared security challenges, including matters dealing with the Iranian nuclear threat, Iran’s efforts to entrench itself militarily in the Middle East, Hezbollah’s rearmament efforts, the consequences of the threat of precision-guided missiles and joint force build-up,” the military said.

Kohavi’s trip comes amid lingering tensions between the US and Israel over the Iran nuclear issue. US President Joe Biden’s administration intends to return to the 2015 nuclear deal with Iran, a move that Israeli officials, including Kohavi, have staunchly and publicly opposed.

On Friday Channel 13 news reported that Prime Minister Naftali Bennett is hoping to use the coming weeks, ahead of the inauguration of the new Iranian president, to hold talks with Washington in order to positively influence the expected US return to the nuclear deal.

The report said Bennett has removed a ban by his predecessor, Benjamin Netanyahu, on Israeli officials discussing the details of the emerging renewed deal between the US and Iran. Netanyahu had instructed security officials not to hold talks on the details of the deal with American officials, in an apparent effort to distance Israel from it.

Former US president Donald Trump abandoned the Iran deal, known as the Joint Comprehensive Plan of Action (JCPOA), in 2018, imposing fresh sanctions on Iran and Iranian officials, leading Tehran to follow suit shortly thereafter. Since then, Tehran has ratcheted up tensions on the nuclear front by amassing greater quantities of enriched uranium at greater degrees of purity and by making advancements in the development of missiles that could be used to carry a nuclear warhead.

In recent months, Iranian and European negotiation teams have been meeting in Vienna to discuss a return to the nuclear deal by the US and Iran — a move staunchly opposed by top Israeli officials. Though all sides have reported progress, the talks have stalled somewhat in recent weeks as Iran geared up for the presidential elections.