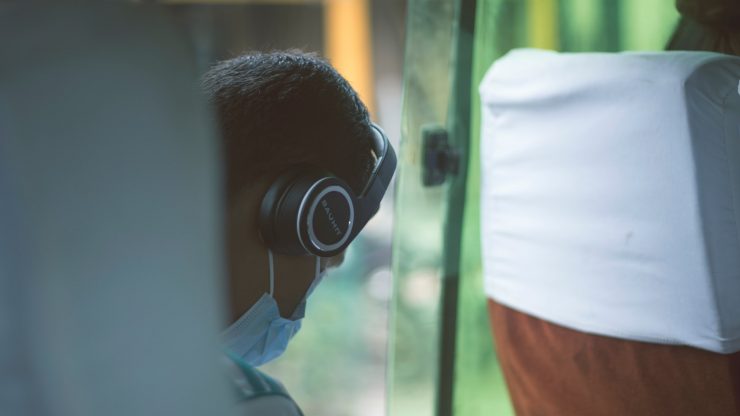 A top health official on Wednesday said Israel must ban travel to countries with high coronavirus infection rates, underlining that it remains unclear whether the COVID-19 vaccines offer protection against the so-called Indian variant of the disease.

Dr. Sharon Alroy-Preis, head of public health services at the Health Ministry, also warned that mass Lag B’Omer gatherings at a Galilee pilgrimage site on Thursday night, expected to draw hundreds of thousands of people, could drive an outbreak of the coronavirus.

In an interview with Channel 13, Alroy-Preis expressed support for the Health Ministry’s proposed new travel restrictions for Israelis, which would ban travel to seven high-risk countries including India, and force even vaccinated travelers to enter quarantine upon their return to Israel.

The Health Ministry’s recommendations, which have not yet been adopted by the government, would also force non-citizens entering Israel from the specified highly infected countries to self-isolate in quarantine hotels.

The senior health official said the regulations are aimed at preventing the import of new strains of the virus into the country amid fears the variants could prove resistant to the vaccines.

Alroy-Preis specifically cautioned that when the Ramadan holiday is over, many Arab Israelis are expected to seek to travel to Turkey, one of the countries flagged by the ministry as high risk.

“We don’t know about the Indian variant, we don’t know enough,” she said of the strain of the disease ravaging India.

Asked about indications the Pfizer-BioNTech vaccines are effective against the Indian strain, she said: “I didn’t see any research on this.”

Earlier Wednesday, BioNTech co-founder Ugur Sahin voiced confidence that the vaccine his company jointly developed with Pfizer — the primary vaccine used in Israel — works against the Indian variant of the coronavirus.

The World Health Organization has said the B.1.617 variant of COVID-19 first found in India had as of Tuesday been detected in “at least 17 countries.”

The health agency recently listed B.1.617 — which counts several sub-lineages with slightly different mutations and characteristics — as a “variant of interest.”

But so far it has stopped short of declaring it a “variant of concern,” which would have indicated that it is more dangerous than the original version of the virus by, for instance, being more transmissible, deadly, or able to dodge vaccine protections.

In the interview on Wednesday, Alroy-Preis was also highly critical of the government for failing to introduce health restrictions over the festival of Lag B’Omer, which is expected to draw hundreds of thousands of pilgrims to Meron from Thursday night.

“Tomorrow is Lag B’Omer. There are no special regulations. It’s a disgrace,” she said.

“We worked for weeks on a framework. It was approved by all the parties, by the police, by the Religious Affairs Ministry, by the Interior Ministry — everyone. But in the end it fell because no one would take responsibility for enforcement,” she said, accusing the government authorities of passing the buck.

With hundreds of thousands in Meron “there is a danger of contagion,” she said.

According to the Kan public broadcaster, 5,000 police officers will secure the Lag B’Omer events at Meron on Thursday night and Friday.

Up to 10,000 pilgrims will be allowed into the main area at a given time, and only if vaccinated or recovered from COVID-19, though no limits will be imposed in the surrounding town and adjacent parking lots set up for the event, the broadcaster said.

Lag B’Omer has become a key holiday in the Jewish mystical tradition, said to be the day of the death of Bar Yochai, and also marking the anniversary of when he first conveyed the text of the seminal Jewish mystical work, the Zohar.

It also marks the end of a minor mourning period recognizing the deaths of thousands of students of Rabbi Akiva in a plague.

With its aggressive vaccination drive, Israel has seen a sharp drop in daily mortality and infection rates since the pandemic peaked in late January. Since the start of the outbreak last year Israel was placed under three lockdowns, the last of which began in January and has largely been lifted over the past few months.

Israel is currently seeing around 100 new virus cases per day.

As infections have dwindled, Israel has rolled back restrictions on public life, including lifting the requirement to wear face masks outdoors, which ended last week.