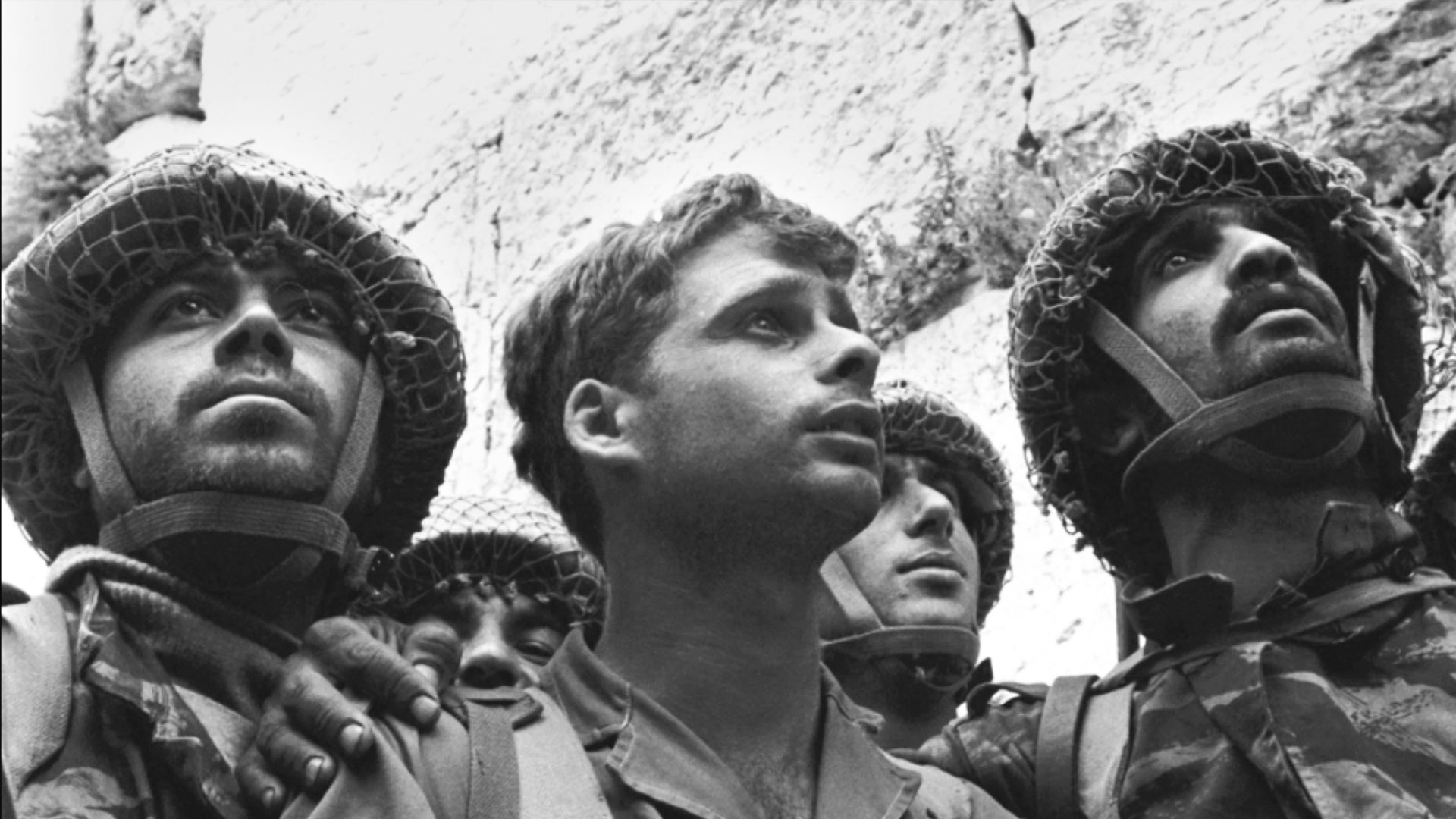 If you haven’t journeyed to that elusive city connected to seventy identities, then a plane, train, bus, or the light rail can transport you to that spiritual center, an ancient modern city, evoking weird and wonderful reactions from devotees and detesters. There is no other location with seventy exquisite names reflecting seventy characteristics, among them Ohaliba, Gila, Yedidut, Shalem — names that express sentiments of love and joy, of friendship and peace — seventy choice callings found in Tanach and Talmudic texts, known foremost as Jerusalem.

Jerusalem is not my birth city. Jerusalem is my home. Sacred and ancestral, it is the city of kings and prophets, a city that has known wars, and total destruction. Yet our generation, citizens, residents, and visitors alike, have merited a renewed Jerusalem, a thriving city atop layers of antiquity, known as Israel’s captivating capital.

Modern-day Jerusalem is nothing short of a miracle, and the day for celebration is on the 28th of Iyar. Not everyone revels in that joyous day. The defeated abhor Jewish expansion, scorn Jewish presence, and envy Israeli success. Some fools prefer life as it was behind barbed wire, our tiny country mapped in green and sporting a belted waistline, as it was pre-1967. Yet for those of us who lived in a divided Jerusalem, ruptured by ugly concrete walls and twisted piercing wire, where Jordanian Legionnaires on rooftops at the “border” by Mamilla Street, shelled and fired at Jews below, and nearly all of us who have lived here continuously since those difficult years, as I have for sixty years, cannot ignore the miraculous fulfillment of prophecies worthy of celebration.

2. Malls are not my favorite shopping habitat.

They are so overwhelming in size and sound, so excessively commercial, and so physically exhausting. Still, there is one mall, only one, that touches a chord in my heart, and not because of its fashionable shops, cafés, or the artwork displayed, although admittedly they enhance the atmosphere. My affection stems from its historical significance, and a sense of triumph that I feel when sitting on a bench or walking along the stony paths surrounding the mall, reflecting on its past. It is on Jerusalem Day, when I visit Mamilla Mall, built above the ruins of a shopping street opposite the Old City walls, that I reminisce. A broad smile crosses my lips as shoppers stroll past me.

Mamilla Mall is an elongated street lined with upscale shops, topped by exclusive housing, elegant hotels, and restaurants with terraces overlooking the Old City. Jerusalem Day is when I recall that 72 years earlier, Mamilla Street was lined with Jewish shops that were looted and destroyed, its shopkeepers slain by Arabs who thirsted for the area to be ridden of Jews forever. In their lust for blood, they turned the street into ruins. Few aspired to live or pursue any business in bombed-out buildings on Mamilla Street, on the Jordan-Israel armistice line, on land that one never imagined would develop into the most desirable property. Ironically, the word Mamilla, which may be Arabic, is strongly rooted in Hebrew. Maleh, mimale, i.e., full, and fulfilling.

3. The Six-Day war, one that Israel did not expect to wage in Jerusalem, was fought and won swiftly.

Jordan’s King Hussein joined the Egyptians and Syrians and declared war, forcing Israel to defend Jerusalem by opening a third front. On June 5, 1967, Jerusalemites sat in bomb shelters. I was among them, a young mother with two small children, an American who had never experienced war, traumatized by events surrounding a seemingly peaceful Rechavia neighborhood where we lived. Mamilla was an ugly border street a few blocks away. An army platoon situated in the Rechavia Valley was stationed below our balcony; we had a front seat view of the war. Beginning three weeks before the war, our five-year-old daughter filled protective sandbags in her kindergarten, while the Chevra Kadisha dug graves for the mass casualties anticipated. As brown camouflage netting was removed from artillery, the army’s long, open-ended guns moved into position, and were directed straight above our apartment toward Mamilla Street and the Old City.

A dark, starry night is beautiful, but when your city is under fire, and the electricity is out, dark skies, blacked-out windows, and shuttered shelters are frightening. Combined with the sounds of shelling and explosives, the future seems unbearably dark. I forced myself to stay calm, but I was terrified, afraid that our shelter would be overrun by Jordanian Legionnaires; that women and children would be taken into captivity; and that all the worst scenes that I remembered from books and films might really happen to me.

Following three days of intensive battle, we witnessed the most miraculous, stunning victory that the State of Israel, and the world, had ever experienced. Heavy concrete walls tumbled down, barbed wire was stripped away, and Jerusalem was reunited.

A short video produced by World Mizrachi especially for Yom Yerushalayim highlighting the totally unexpected political and military twists and turns guiding the epic and historic return to the Holy City for the first time in almost two millennia.

4. Our travel office where I worked for over 30 years was on Yanai Street, one of the arteries that currently ladle foot traffic directly into the Mamilla Mall.

Back then, after the war, Yanai was considered kav hatefer, a seamy borderline street connecting two sides of the city; a dismal dustbin street, where rentals were low, precisely why we opened our business there. Our glass storefront faced Mamilla ruins, and one day the ruins were demolished. I gazed out daily at tractors clearing the rubble, and then yearly as construction moved at a sluggish pace, until large towers appeared, monumentally replacing the destruction of former decades. Original stones removed from previous structures were saved and incorporated into the new construction. Contractors and architects replaced the old with the new.

5. Strolling along Mamilla Mall, past its high-end jewelry and gift shops, I sense Benjamini at my side.

No, Benjamini is not a genie, nor a phantom; he is a gentle memory of an immigrant Persian shopkeeper. Mr. Benjamini was a bony, thin man who, over fifty years ago, owned a Jewish ritual objects and jewelry store on Princess Mary, known today as Shlomzion Hamalka Street. His tiny shop was at the entrance to a building behind a stairwell, filled with exotic and beautifully handcrafted antique items. In the early sixties, my husband and I were an odd young couple, oddly American, and oddly religious, not a common combination on Jerusalem streets. I dreamed of purchasing that special surprise gift for my husband’s birthday, and Mr. Benjamini helped me choose a tall thin bsamim holder, a handsome silver spice box. My savings, stuffed into a small pouch, were tucked further into a zippered purse. I worried that I hadn’t saved enough to pay for the gift, and as I emptied the contents of the pouch onto the glass topped counter, Mr. Benjamini’s caring, fatherly face looked down at the coins, and before he counted the coins he lifted his head and smiled. His long, lean fingers pushed a few coins towards me, and he advised, “Never empty your pouch entirely, always leave something so that it may grow again.”

Jerusalem has never been emptied or abandoned; never depleted of Jews. Despite the destruction of the Temple, a scorched city, centuries of starvation and deprivation, and our long, dark exile, Jews remained in the city. Destitute, subsisting on handouts from communities in foreign lands, living in hovels, they guarded the city faithfully, never allowing poverty, disease, or death to dishearten them. Gold and silver coins, tarnished and blackened, sunk into the earth, waiting for pouches to be replenished, for foreign rulers to build, destroy, and rebuild, always praying for redemption. Generations came, and went, the city regenerated, and today it is a blessed, blossoming city under Jewish sovereignty.

6. Jerusalem is an ongoing love story between the Almighty and His people; between the descendants of Dovid Hamelech and the nations of the world.

Comparable to a seventy facet diamond, the inhabitants of Jerusalem, from all over the world, declare this city as their personal possession.

Yefe Nof, Mesos kol Haaretz, Beautiful Site, Joy of all the Earth — two of the seventy names gracing Jerusalem. Her hovels and tents, her ruins and remains, have been transformed into stone structures commanding admiration; permanent dwellings and public spaces cemented with tears and love, redeemed with defensive armor and golden coins.

Jerusalem is the city where three generations of our children were born.

It is home and host to towering dreams, where the Almighty is praised, the Torah is observed, and daily prayers are recited that our love and commitment to Hashem, and to one another, remain steadfast, so that our generation will merit the third Temple reestablished in our eternal city.