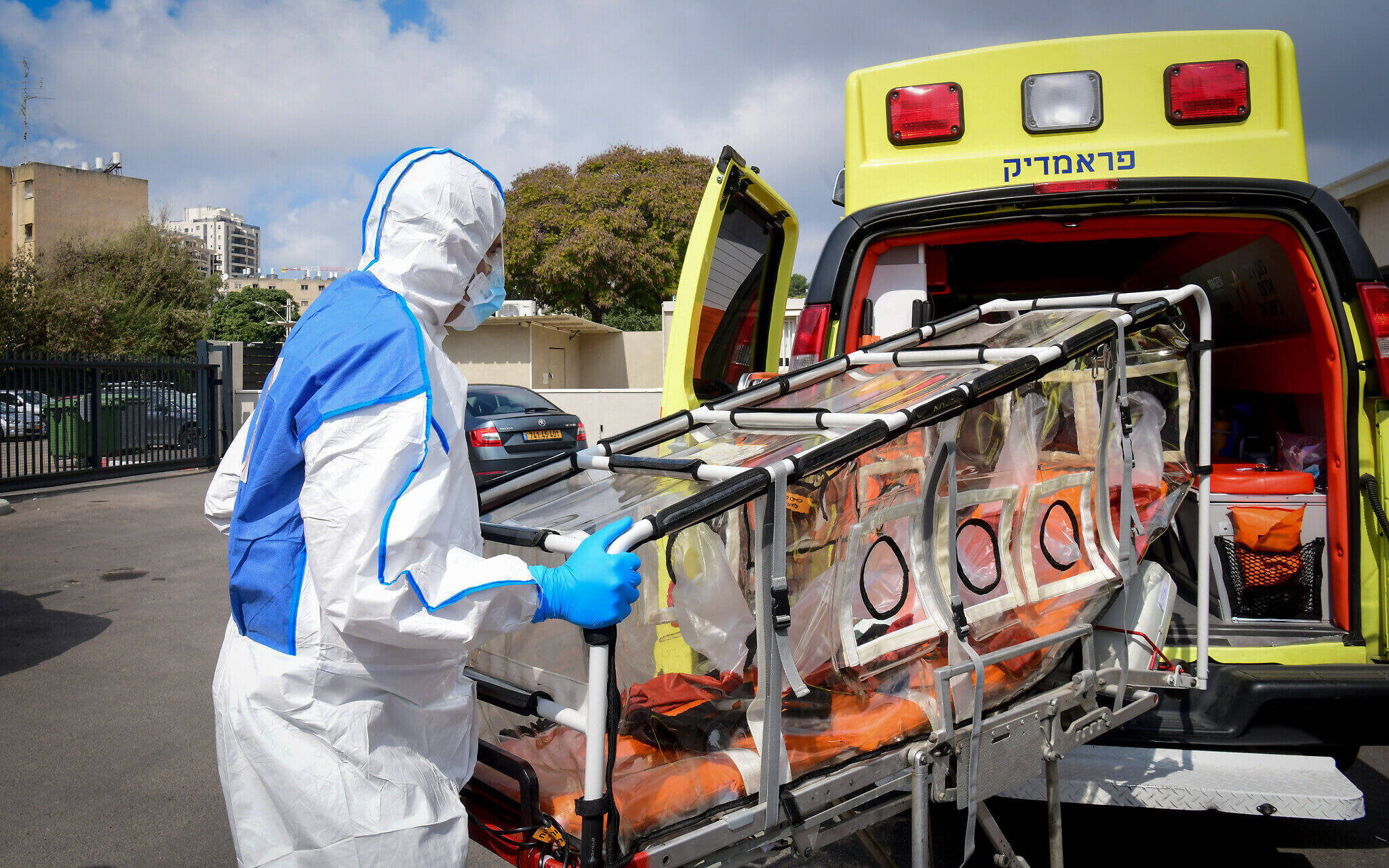 As hospital doctors brace themselves for an influx of coronavirus patients that could have wards bursting at the seams and push staff to their limits, the Magen David Adom national emergency service is making a major change to its call centers aimed at reducing the number of patients being sent to hospitals and thus minimizing the risks of infection.

MDA medical director Refael Strugo said that within around two weeks, operators will start diverting many patients to web doctors where appropriate, instead of sending them to the hospital as would have been the norm.

“We believe it will be the most sophisticated model anywhere for giving emergency medicine in the community,” said Strugo, unveiling details of the change to The Times of Israel on Thursday. He was speaking soon after discussing the change with President Reuven Rivlin, who inaugurated a new national emergency call center in the central town of Ramle jointly run by Magen David Adom and the IDF Homefront Command.

Eli Bin, Magen David Adom’s director-general, said that as well as easing the burden on hospitals and ambulance drivers, the new system will provide a high-tech solution to the problem of highly infectious patients needing care that is currently only available in the hospital.

“We’ve been planning a community medicine program for three years,” said Bin. “But the need for this type of initiative has become much more urgent in light of the current coronavirus crisis, where taking a patient to the hospital presents serious risks.”

Such patients can end up “putting immunocompromised patients at the hospital in danger,” but with the new system they could receive full care online, he noted.

Strugo said that the system will work well for quarantined Israelis with health complaints, whether about coronavirus-like symptoms or unrelated issues. “It fits like a glove for the corona crisis, when there are so many Israelis in isolation, who cannot leave their homes if they have an acute medical problem,” he said. “This is exactly the right situation for trying this model.”

Strugo said that the new system has “joined up emergency medical services with telemedicine.”

“The model is very simple for patients,” he stressed. “If you have a medical problem you will still dial 101.”

Operators will continue to dispatch ambulances to cases categorized as “red,” meaning the most urgent. But “if your problem is a ‘yellow’ or ‘green’ problem, meaning acute but with less emergency need, the patient will be put on video with an emergency doctor who will talk to him or her while looking at medical records.”

If tests are needed, a paramedic will arrive at the patient’s door within half an hour to act as the “long arm” of the doctor.

Strugo said he expects an emergency order from the Health Ministry to allow its immediate use during the coronavirus crisis.

A doctor for 30 years, Strugo said launching the system is “the most exciting thing I ever did.”