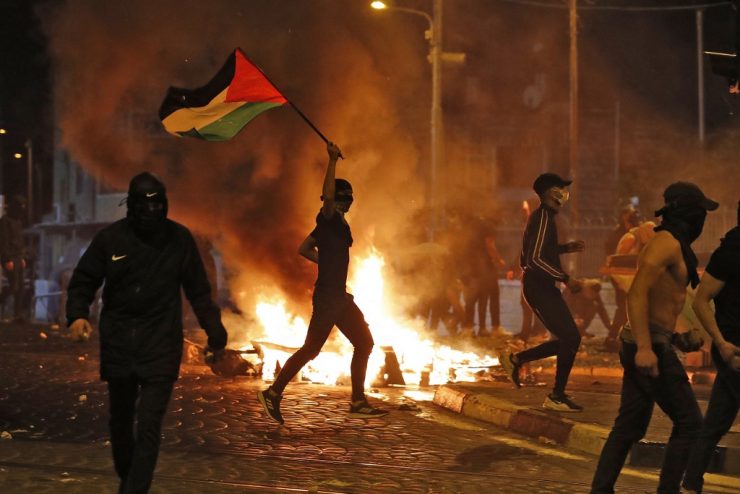 On July 8-9, 2022, Gaza Now outlet shared on its Facebook page footage from groom’s celebrations in the West Bank. At the parties, dozens of men danced with loaded handguns, M-16-style rifles, and Tavor TAR-21 rifles. Several men fired their weapons in the air on automatic, and small children and young boys also handled and danced with loaded firearms.

Header: Palestinian protesters hurl stones during clashes with Israeli forces in the Shuafat Palestinian neighbourhood, neighbouring the Israeli settlement of Ramat Shlomo, in Israeli-annexed east Jerusalem on May 14, 2021. – Israel faced a widening conflict, as deadly violence escalated across the West Bank amid a massive aerial bombardment in Gaza and unprecedented unrest among Arabs and Jews inside the country. The West Bank clashes, described as among the most intense since the second intifada that began in 2000, left seven people dead from Israeli fire, the Palestinian health ministry said, as the death toll from strikes in Gaza rose to 122. (Photo by Ahmad GHARABLI / AFP)