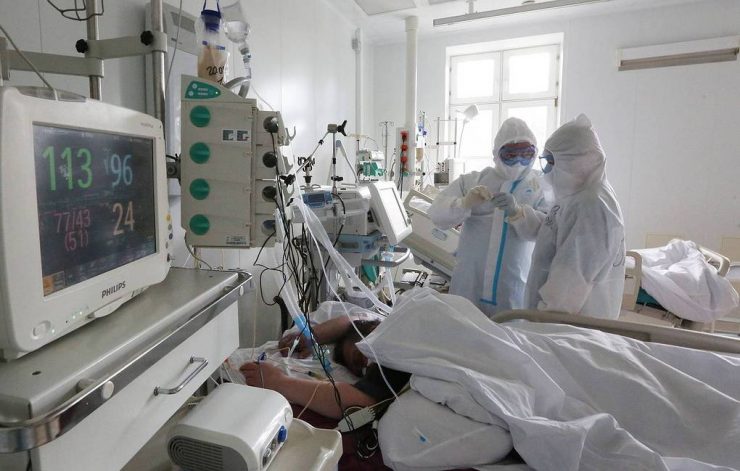 That’s according to Denis Protsenko, the chief physician at the now well-known Moscow hospital. Protsenko became a nationwide household name in 2020 due to his role at the forefront of the country’s battle against COVID-19.

“The hospital in Kommunarka is rapidly filling up with patients with COVID-19, and the situation in intensive care units is difficult because there are a large number of infected people,” Protsenko explained, on his personal Telegram channel. “It was clear that with the start of the school year, the end of the holiday period and the traditional autumn rise in infectious diseases, the situation with coronavirus would worsen.”

As well as blaming the changing weather, Protsenko also pointed the finger at the lack of Russians being inoculated against the virus.

“Too few people have been vaccinated,” he lamented. “I see the only way out as early diagnosis of the disease so that we can quickly break the chain of infections.”

“It is essential to conduct testing in schools, as children often fall ill in a mild and asymptomatic form but can easily infect their parents or grandparents, who have the highest mortality rate,” he explained, noting however that vaccination is still the best option.

“The ‘red zone’ of the Kommunarka Hospital leaves no doubt that the virus has gone on the offensive again,” he concluded.

Earlier this week, the local government in Moscow revealed that the city has opened 20 COVID-19 rapid testing centers throughout the city, where locals can be checked for the virus for no cost.