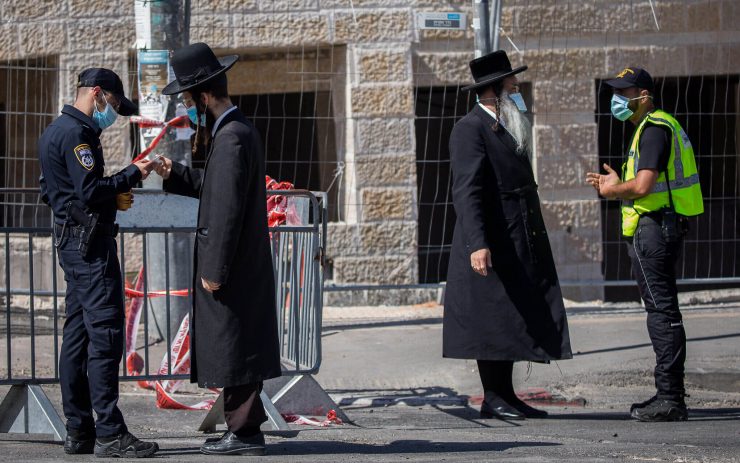 Former Defense Minister and Yamina chairman Naftali Bennett criticized the government’s Forum of Ministers Thursday afternoon over its recommendation the government pass new restrictions on public activity intended to curb the spread of the coronavirus.

After it was reported that cabinet ministers will gather Thursday night to vote on a proposal to close summer schools and impose nationwide weekend lockdowns, Bennett penned an article criticizing the move as “illogical” and “destructive”.

“The Coronavirus Cabinet’s decision to impose a sweeping lockdown starting tomorrow morning is disconnected from reality, and is illogical and destructive,” wrote Bennett.

“Because of this,” Bennett continued, “hundreds of hotel reservations for the weekend have been cancelled over the past hour. That’s terrible, needless damage!”

Bennett went on to criticize the government’s handling of the coronavirus in general, including the ordering of infected individuals into isolation at home.

“The data shows that about two-thirds of people who have been infected were infected at home, within the family. And yet 95% of those who are infected are sent home!”

“The government is panicking and is shooting in all directions, without any logic.”

“Instead of quibbling over the closure of pools, the government needs to send infected people to coronavirus hotels, increase the number of tests, and train – already this weekend – hundreds of additional contact researchers” to trace infections.

The forum, which is led by Prime Minister Benjamin Netanyahu, agreed Thursday afternoon to back plans to impose lockdowns every weekend from Friday morning until Sunday morning, with individuals allowed to leave their homes only for “essential needs”, including grocery shopping and the purchase of medication.

The plan would also require restaurants to end on-site dining, and would only be able to offer take-out or delivery. Gyms and pools would be closed under the plan, as would public summer school programs.

In addition, synagogue services will be limited to 10 people, down from the current 19.

The cabinet will be convened Thursday night to vote on the proposals.

The forum of ministers headed by Prime Minister Netanyahu, which discussed tightening restrictions in the face of the growing coronavirus infection rate, has decided to impose, from now until further announcement, a closure on weekends.

As part of the closure, departure will be allowed only for essential needs from Friday morning until Sunday. The cabinet ministers will convene tonight, Thursday, for an urgent meeting during which they will ask to approve the move so that it will take effect tomorrow morning.

The closure on weekends will include malls and beaches. Pools operating in hotels will be able to continue to operate.

However, gyms will be closed, as will restaurants be closed to diners, who will be able to order food only through deliveries.

The government will also ask to approve an immediate halt to the Summer School initiative such that students will not return to it anymore.

News 12 reported that the stated goal of the move is to reduce by the end of August the daily number of infections to no more than 400 patients.

Prime Minister Netanyahu said during the discussion, “Following the jump in infections to about 1,800 patients and the steep rise in the doubling of the seriously ill every seven days, I have now spoken with the Deputy Prime Minister and Defense Minister Benny Gantz, National Security Council Chief Meir Ben Shabbat and Science Minister Yizhar Shai on the possibility of interim measures that will avoid the need for a general closure. “

“This is basically the goal, to take intermediate steps to prevent a general closure in light of the huge jump in infections to about 1,800 people and the doubling of seriously ill patients every seven days,” Netanyahu said.