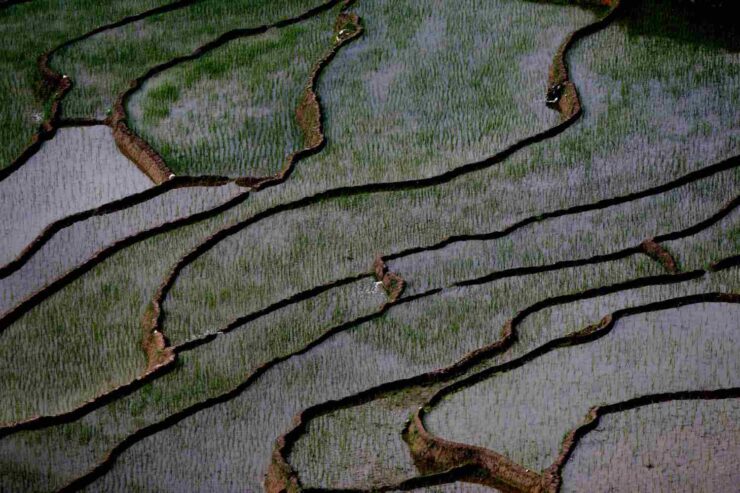 The Nepal government has stepped up to claim the geographical indication (GI) right on Basmati paddy in the European Union (EU), in response to India seeking an approval to receive GI certification for the same from the political and economic union of 27 member countries.

GI, an intellectual property, is a sign used on products that have a specific geographical origin and possess qualities or a reputation that are due to that origin. GIs are typically used for agricultural products, foodstuffs, wine and spirit drinks, handicrafts, and industrial products, among others.

The GI tag indicates a product with its qualities, reputation or characteristics, natural or human factors, based on its specific geographical origin. According to the World Intellectual Property Organization, the GI secures the intellectual property right for the original producer and bars a third party from using the sign for trading. In 2018, India applied for a GI tag in the EU for Basmati rice, a variety of long, slender-grained aromatic rice.

Basmati rice has been in production in the South Asian region, including Nepal, since ages.

Hari Bahadur KC, spokesperson of the Ministry of Agriculture and Livestock Development, told Republica that the government is sending a letter to the EU laying claim on the product on Wednesday.

The government has taken the initiative just a day before the EU set deadline of December 10 to register the claims. The European Commission, an executive branch of the EU, has invited objections on the proposal with a deadline of December 10, following the application forwarded by India for approval of GI sign.

Long-grain basmati rice has a unique charm in global markets, including Nepal, which has resulted in a growth in rice imports, even though the country produced surplus grain, according to agro experts.

However, Nepal does not grow fine rice or basmati rice in large volumes and a growing demand for this fine rice is met through imports from India.

Even the government does not have authentic data on the actual production amount of Basmati rice. “Despite the fact, the government’s concern now is not to close the door completely from future prospects when we will be in a position to export the product in the international market,” KC said.

Nepal is planning to increase area under aromatic rice and wants to sell it as basmati, which experts here see as a threat to India’s efforts in getting a geographical indication (GI) for the rice variety.

India filed to register the name ‘basmati’ under GI in Europe in 2018, and the European Commission last year sought public comments.

Nepal was reported to have submitted an objection that the aromatic variety was also grown there. India’s application also prompted Pakistan to pass a GI law and claim trademark over the rice variety.

In June, India hardened its stance on the GI tag as the country’s permanent representative to UNESCO, Vishal V Sharma, said Pakistan could not use the basmati trademark.

Earlier, the European Commission had given time until September 10 to India and Pakistan to explore if they want a joint registration.

What is likely to work in India’s favour is that neither Pakistan nor Nepal has filed a claim over the basmati variety, and both have merely filed objections, experts said. India, meanwhile, has followed the proper procedure for several years for the GI, they said.

“Basmati GI can be granted to India, and EU may decide later if at all there is any claim filed by Pakistan. Nepal has been growing aromatic rice like many other states outside the basmati zone, but all aromatic rice cannot be termed basmati,” an expert said.

Four types of basmati rice varieties — Pokhreli Jetho Budho (registered in 2006), Lalka Basmati (2010), Suddhodhan Kalanamak (2020) and Kalonuniya (2020) — have been registered at the National Seed Board in Nepal, according to a report in the Kathmandu Post. Farmers in one district have for the first time planted the aromatic rice on 2,000 hectares this year, of the total 7,500 hectares under paddy.

Considering the past instances of attempts to sell aromatic rice of other countries as Basmati, registration under GI will help India protect the name legally.

The Agricultural and Processed Food Products Export Development Authority (Apeda) has also sought the registration of Basmati under copyright law in 15-16 countries where there is no concept of GI.

Basmati rice is grown below the foothills of the Himalayas in the Indo-Gangetic plains, which include some areas in Pakistan also.

“Basmati is, so far, the only GI product globally that is geographically spread over two countries, and there is no one authority where both Pakistan and India can jointly register before seeking recognition in other countries,” the expert quoted above said.

In Europe, it is easier to register jointly with the European Commission if any GI product is geographically separated between two countries, he said.

India’s basmati rice exports dropped 20% to $1.44 billion (`10,688 crore) during April-August this fiscal from the year-ago period. There was a fall in Basmati exports in terms of both quantity (-16%) and unit value realisation (5%).

Total export of Basmati rice in FY21 had dropped 7% to $4.02 billion, on-year despite a 4% increase in terms of volume, as global prices dropped during the pandemic.