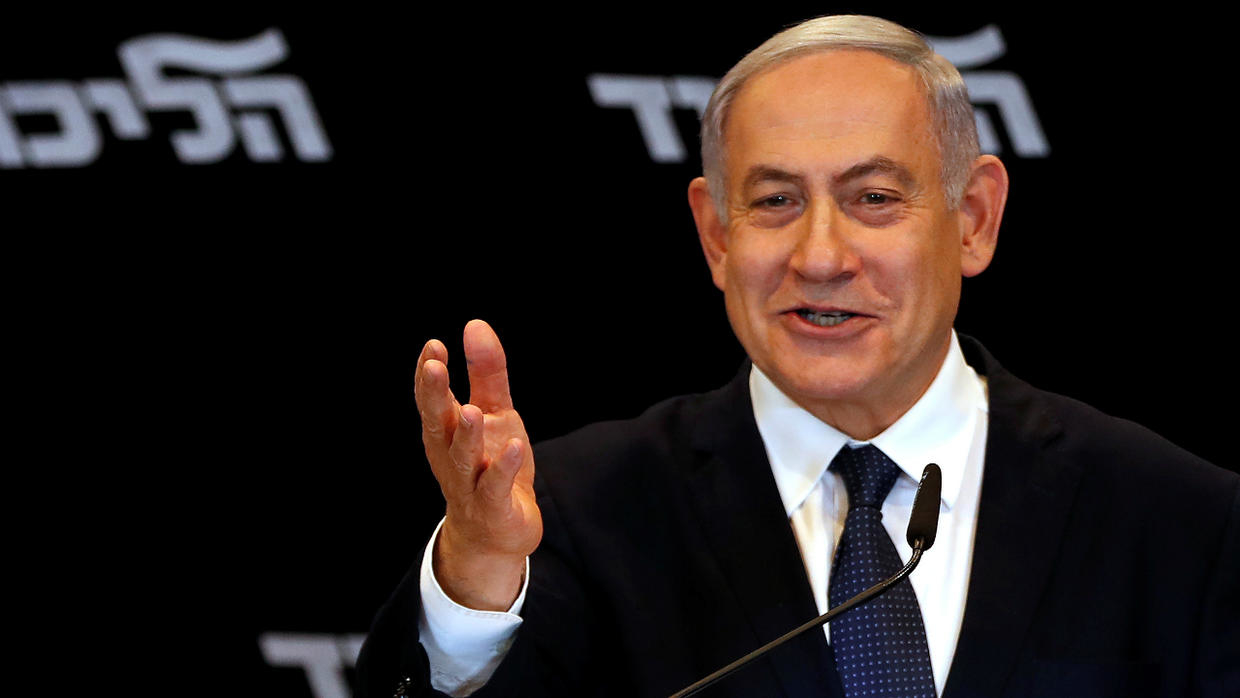 Prime Minister Benjamin Netanyahu announced Tuesday that he was withdrawing his request for parliamentary immunity from the pending indictment in the three corruption cases against him.

The indictment is now expected to be filed with the Jerusalem District Court by the end of the week, less than five weeks before the March 2 election.

Netanyahu’s announcement came hours before the Knesset was set to form a committee to debate — and almost certainly reject — his immunity request.

In a Facebook post, the premier denounced the “immunity circus” taking place while he was in Washington on a “historic mission.”

“During this fateful time for the people of Israel, while I am in the US on a historic mission to shape Israel’s permanent borders and ensure our security for future generations, another Knesset episode is expected to begin in the immunity circus,” the prime minister wrote.

“Since I was not given due process, because all the rules of the Knesset were trampled on, and since the results of the procedure were pre-dictated without proper discussion, I decided not to allow this dirty game to continue,” Netanyahu added.

The text of Netanyahu’s Facebook post was included in the official letter sent by his lawyers to Knesset Speaker Yuli Edelstein requesting that he withdraw the immunity bid.

The date for Tuesday’s plenum discussion was set before the premier announced he would travel to Washington for the unveiling of US President Donald Trump’s long-awaited peace plan, whose timing, announced last week, has been criticized in Israel as an attempt to rescue Netanyahu from the immunity proceedings.

It’s unclear what Netanyahu gains by withdrawing his request, other than avoiding the spectacle of defeat in the plenum. Netanyahu had reportedly originally agonized over asking for immunity, which undercut his earlier defense that he would ultimately be found innocent of the charges against him.

The premier’s main election rival, Blue and White party leader Benny Gantz, met Trump on Monday before traveling back to Israel to take part in the planned Knesset deliberation on forming a House Committee to debate Netanyahu’s immunity request.

Responding to the prime minister’s announcement, Gantz said Tuesday that Netanyahu cannot run the country while standing trial in the three three cases against him.

“Netanyahu is going to trial — we must move forward. Israel’s citizens have a clear choice: A prime minister who will work for them or a prime minister working for himself, Gantz said in a statement.

“No one can run a state and at the same time manage three serious criminal cases for bribery, fraud and breach of trust,” he added, citing the charges against the prime minister.

Despite Netanyahu’s announcement, Blue and White decided to continue with the debate and vote on forming a House Committee, in order for it to deal with former Welfare Minister Haim Katz’s immunity request for a separate indictment.

Netanyahu announced at the start of January that he would ask the Knesset for parliamentary immunity, as he faced a legal deadline to do so following Attorney General Avichai Mandelblit’s decision to charge him.

Mandelblit couldn’t officially indict Netanyahu so long as his immunity request was outstanding and the Knesset hadn’t voted on it.

However, the bloc of right-wing and religious parties that backs him in the run-up to election day lacked the 61-vote majority to grant him that immunity — or even to delay a decision until after March 2, which would have allowed him to get through the election unindicted.

Mandelblit in November announced his intention to indict the prime minister in all three corruption investigations against him. Netanyahu is charged with fraud and breach of trust in all three cases, as well as bribery in one of them. He denies wrongdoing and has accused police and state prosecutors of participating in an “attempted coup” against him, orchestrated by the left and a hostile media.

In Case 1000, involving accusations that Netanyahu received gifts and benefits from billionaire benefactors including Israeli-born Hollywood producer Arnon Milchan in exchange for favors, Netanyahu is charged with fraud and breach of trust.

In Case 2000, involving accusations Netanyahu agreed with Yedioth Ahronoth newspaper publisher Arnon Mozes to weaken a rival daily in return for more favorable coverage from Yedioth, the premier is charged with fraud and breach of trust, while Mozes has been charged with bribery.

In Case 4000, widely seen as the most serious, Netanyahu is accused of having advanced regulatory decisions that benefited Shaul Elovitch, the controlling shareholder in the Bezeq telecom giant, to the tune of hundreds of millions of dollars, in exchange for positive coverage from the Elovitch-owned Walla news site.

In that case, Mandelblit has charged both Netanyahu and Elovitch with bribery.