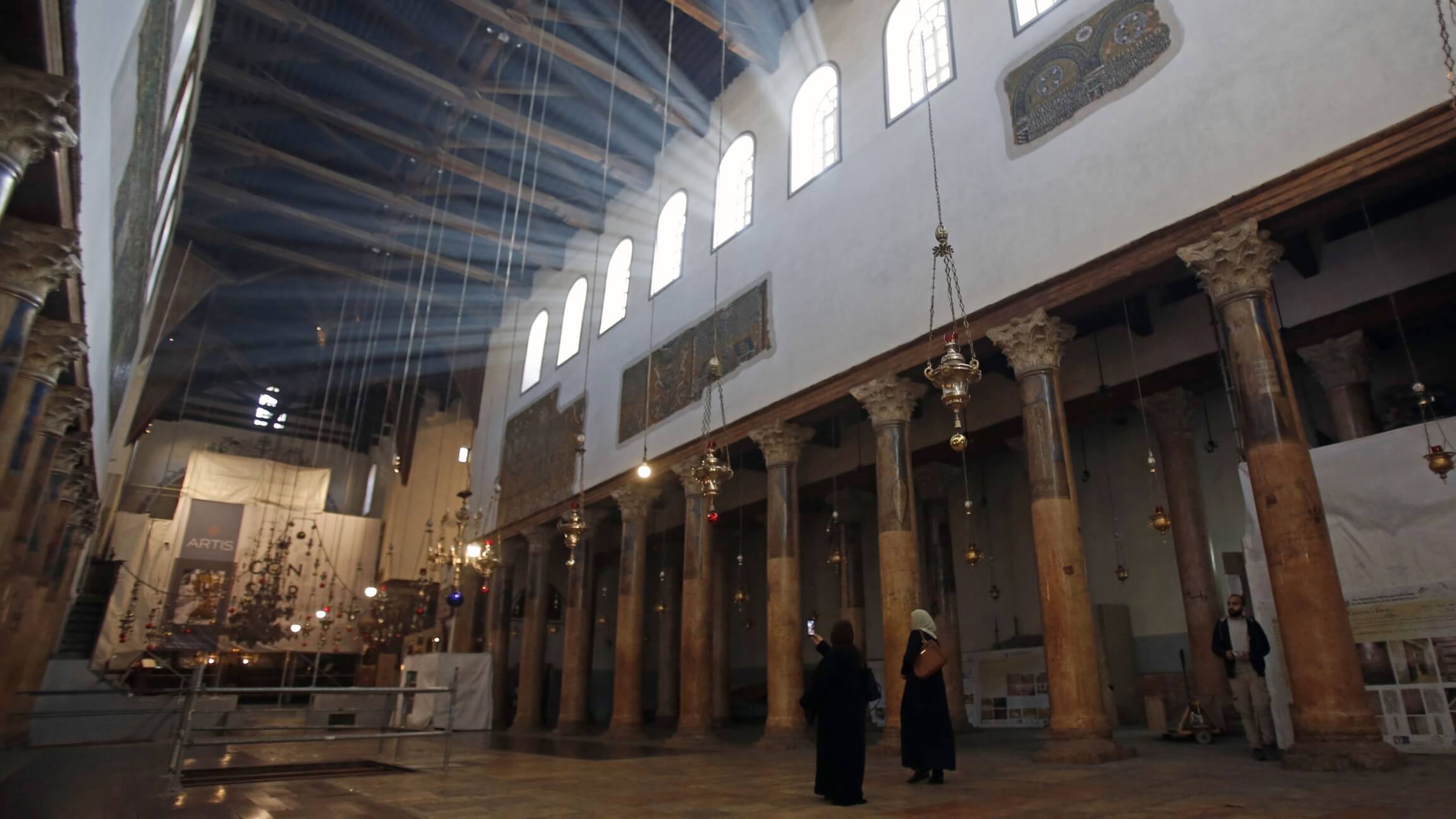 The Palestinian Authority declared a state of emergency on Thursday and officials closed the storied Church of the Nativity in the biblical city of Bethlehem indefinitely over fears of the new coronavirus, weeks ahead of the busy Easter holiday season.

The announcement by the PA tourism ministry threatened to devastate the vital tourism industry in the town where Jesus is believed to have been born. The spread of the virus across the Middle East has already disrupted worship at other major holy sites.

Israeli officials say they were working closely with their Palestinian counterparts to contain the virus.

COGAT, the Israeli defense body responsible for Palestinian civilian matters, said it had delivered 250 test kits to the Palestinians and was coordinating joint training sessions for Israeli and Palestinian medical workers.

For the time being, other major places of worship in the Holy Land remained open. Israeli officials said there were no special precautions at the Western Wall, the holiest site where Jews can pray, though hand sanitizing stations were placed at the site.

“In this time of distress, there is nothing more appropriate than coming to pray at the Western Wall,” said Shmuel Rabinowitz, the rabbi who oversees the site.

The Church of the Nativity was closed after suspicions that four Palestinians had caught the virus, prompting a flurry of measures that included banning all tourists from PA-controlled areas in Judea and Samaria for an unspecified amount of time and shutting down other places of worship in Bethlehem for two weeks.

The PA health ministry later said a total of seven Palestinians from Bethlehem have tested positive for the virus, the first cases reported in the Palestinian territories.

It said the seven worked at a hotel where a group of Greek tourists stayed during a tour of Israel and the PA in late February. The tourists tested positive for the virus after returning to Greece.

Built on the site where Christians believe Jesus was born in a manger, the Church of the Nativity is one of several tourist and holy sites to shut their doors over concerns about the virus.

Just before 4 p.m. on Thursday, a bearded clergyman walked outside and locked the church’s wooden door with a large key. A team of workers dressed in white overalls arrived with jugs of cleaning materials and walked through a side entrance to disinfect the building.

The Church of the Nativity receives some 10,000 tourists a day, according to Palestinian officials, and is expected to welcome tens of thousands of visitors during the Easter season.