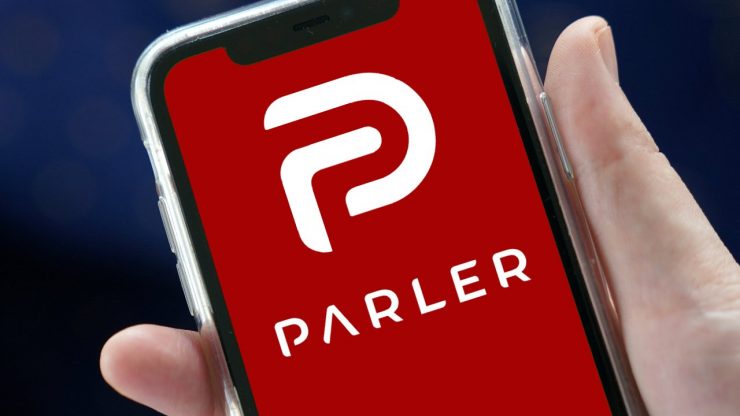 The social network was reinstated on the App Store on Monday, with the company leaving a message for new and returning users on its store page: “Parler is happy to be back on iOS, we missed you!”

However, the app’s chief policy officer Amy Peikoff suggested the version of Parler found on the App Store differs from how it appears elsewhere, dubbing it “Parler Lite or Parler PG” due to stricter content moderation rules specific to Apple devices.

Under a new AI-driven moderation system at Parler, posts that violate the site’s rules against hate speech are labeled accordingly.

Though users on the web and Android versions (when and if it will be again available) of the site are still given the option to see those posts if they click past a disclaimer, they are hidden entirely on Apple devices, as was first reported by the Washington Post.

Peikoff told the Post that while Parler remains committed to the First Amendment and the “maximum amount of legally protected speech,” the company also values its relationship with Apple and would like to find common ground with the tech giant. She nonetheless outlined major differences in the two firms’ philosophies, saying “Where Parler is different [from Apple] is, where content is legal, we prefer to put the tools in the hands of users to decide what ends up in their feeds.”

The social media firm also announced conservative activist George Farmer as its new CEO on Monday, who is also the husband of Candace Owens, a right-wing firebrand and vocal supporter of former president Donald Trump. Farmer took over from acting CEO Mark Meckler, who had led the company since the contentious ouster of ex-CEO and co-founder John Matze in February.

With Parler’s relaunch on Apple, Owens said she would begin posting content primarily on the site, adding that she is “disgusted with Big Tech collusion” to take the site offline.

Now that #Parler is back in the App Store I will be putting my content on Parler first and using Twitter as a carbon copy thereafter.

Disgusted with the Big Tech collusion that attempted to stomp its platform out because conservatives abandoned this far left app.

The platform was abruptly kicked off of both Apple and Google’s app stores, as well as Amazon’s servers, in the days after the January 6 Capitol riot, with the tech companies accusing Parler of allowing violent and hateful content to proliferate with little moderation.

While the company announced a relaunch on a new server in February, it has remained off major app services since, with the exception of Apple’s as of Monday.

While Parler says users can download the app for Android “outside the Google Play Store,” it appears to not be functioning, with numerous customer complaints online.