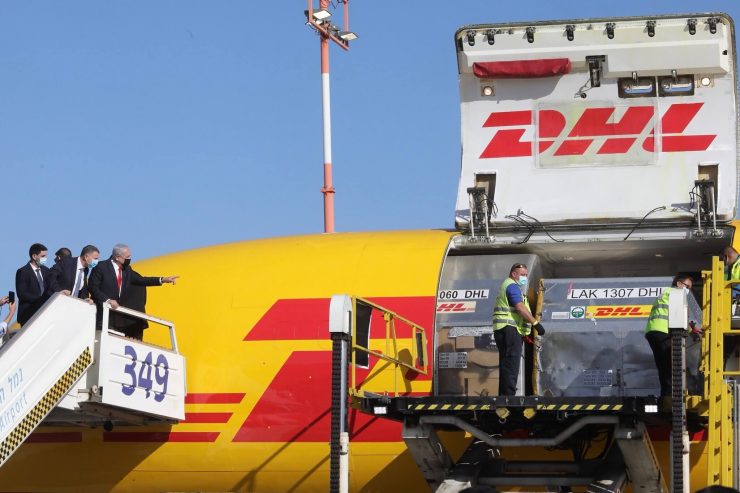 “He called me 30 times,” Bouria said of Netanyahu.

Speaking with Israel’s Channel 12 news, Bourla said he believed it was “a question of weeks” until kids aged 12-16 could start receiving the vaccine, but stressed that it depended on FDA approval.

He also said he believes elementary school students will be eligible for the Pfizer-BioNtech vaccine by year’s end.

Pfizer recently enrolled over 2,000 children between the ages of 12 and 15 for clinical trials and hopes to have results within a few months. The vaccine currently has emergency approval for use in people 16 and older.

Bourla’s comments came after the director-general of the Health Ministry estimated Israel will begin vaccinating children 12 and up against the coronavirus “around May-June.”

Chezy Ley said the decision will depend on clinical trials being conducted by vaccine-makers, which he hopes “will be over around the end of spring, or beginning of summer.”

On Wednesday, a top Israeli health official said Israel has given some 600 children between the ages of 12 and 16 in at-risk groups the Pfizer-BioNTech vaccine and has seen no significant side effects from the shot.

The Israeli children who have been approved by medical authorities for vaccination had known risk factors including obesity, diabetes, severe lung and heart disease, immunosuppression disorders and cancer, according to a report last month.

The Health Ministry has recommended vaccinating some teenagers age 12-15 against COVID-19 if they suffer from specific underlying conditions. The report did not say whether all of the children vaccinated in Israel were over the age of 12.

Infection among children and school reopenings was a central concern during Israel’s third-wave virus outbreak. Children represent a larger proportion of infections than earlier in the pandemic, possibly due to new virus variants and the fact that a significant percentage of adults have been vaccinated.

Moderna has also started trials for children 12 and up, but says it is unlikely to have data on younger children until 2022.

The University of Oxford has announced a trial to test its AstraZeneca-produced COVID-19 vaccine on children as young as 6.

According to Health Ministry data released Thursday, over 5 million Israelis have received the first vaccine dose, of whom nearly 4 million have also received the second. Israel’s total population is around 9.3 million.

Currently, several million Israelis are ineligible for the vaccine, most of them under the age of 16.

In the interview, Bourla said it was “very appropriate for humanity” that one country be chosen as a testing ground for the efficacy of Pfizer’s vaccine.

“I was talking with several heads of state. I spoke with your prime minister, he convinced me that Israel is the place with the right conditions,” Bourla said. “I was impressed, frankly, with the obsession of your prime minister. He called me 30 times.”

Asked about Netanyahu’s frequent claim ahead of the March 23 elections that only he can bring vaccines to Israel, Bourla stressed his company signs supply contracts with states, not individual leaders.

“We are not contracting with individual companies or organizations… The vaccines will be sold to every country, irrespective of who is the leader,” he said.

Bourla, the Greek-born son of Holocaust survivors, was set to arrive in Israel on March 8, just 15 days before the March 23 election, but last week delayed the trip.

“It was quite complicated as a trip… in the middle of the pandemic the logistics weren’t always perfect, so we decided I’ll stay here,” he said in the interview.

There had been earlier speculation that the trip had been postponed to avoid appearing to influence the national vote. Netanyahu has repeatedly touted his personal rapport with Bourla as a major reason Israel was able to secure large quantities of coronavirus vaccines so quickly.

Bourla confirmed receiving letters imploring him not to visit Israel ahead of the elections, as well as letters telling him to go through with the trip.

“My job is not to do politics,” he said, adding he has “zero intention” of interfering in the elections.