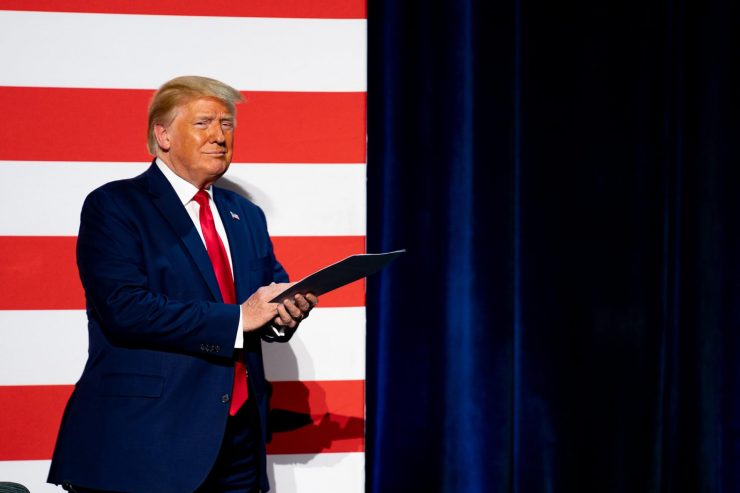 President Donald Trump has taken the lead over former Vice President Joe Biden in a new national poll, giving the incumbent his first lead over his Democratic challenger in a month and a half.

According to the new Rasmussen daily tracking poll, President Trump’s approval rating is up sharply, rising to a net positive of six points, with 52% of likely voters approving of Trump’s job performance, compared to 46% who disapprove.

The Rasmussen poll also found Trump enjoying a net swing of four points in his favor in a head-to-head matchup against Biden. While the previous Rasmussen poll showed Biden leading Trump by three points, 49% to 46%, the new poll has Trump leading by a single point, 48% to 47%.

That is the first time since mid-September that Trump has led Biden in a national poll.

In the key battleground state of Pennsylvania, a poll by InsiderAdvantage showed Trump edging out Biden by two points, 48% to 46%, two weeks after the polling agency showed Biden leading Trump by three points, 46% to 43%.

A majority of polls still show Trump trailing nationally and in most battleground states, however, with the RealClearPolitics moving average of national polling showing Biden up by 7.8 points, 50.8% to 43.0%. That’s down from a peak of 10.3 points, reached on October 11th when Biden led with an average of 52.1% to Trump’s 41.8%.

In Pennsylvania, Biden’s lead in the RCP average of polls has fallen from 7.3 points on October 12th to 4.5 points.