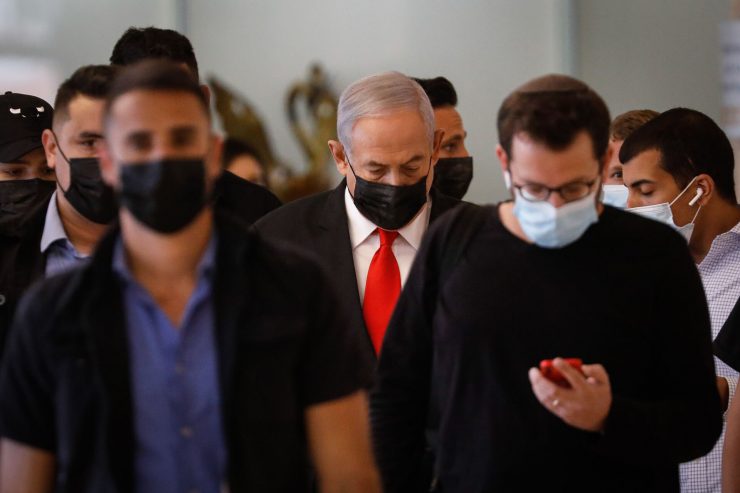 Members of the Prime Minister’s Office professional staff are expected to begin examining claims that official documents were shredded shortly before Naftali Bennett took over as prime minister last Sunday.

The informal examination could be expanded and additional authorities brought in, such as the PMO’s security department or the Shin Bet security service, if needed.

On Thursday, Haaretz reported that documents stored in safes in the Prime Minister’s Office were shredded in violation of the law, shortly before Bennett took office.

People who worked at the office under former Prime Minister Benjamin Netanyahu said it was he who ordered the documents shredded.

It was not immediately clear which documents were destroyed or how many.

While Netanyahu’s office issued a blanket denial in the wake of the initial report by Haaretz, saying that no documents had been shredded, on Friday a new statement was issued, focusing on the claim that “official documents” had been destroyed.

“The media, which always attacked us on the grounds that its job is to criticize the government, has now been co-opted to stroke the government and to attack the opposition, on ridiculous and false ground. The latest example is the absurd claim that official documents in the Prime Minister’s Office were shredded, something that never happened. This is a preposterous lie since every official security or foreign-policy document, every meeting or conversation summary, is documented and preserved digitally in the government’s computer system,” the letter from Netanyahu’s office said.

Over the past several days, requests to investigate the allegations have been sent to the Attorney General, the State Comptroller and the Israel Police.

The designated chairman of the Knesset Constitution, Law and Justice Committee, MK Gilad Kariv of Meretz, wrote in a letter to Attorney General Avichai Mendelblit that there was a suspicion of illegal activity and “complete disregard for rules of good government” and asked for the immediate launch of an investigation by the relevant security and law enforcement agencies.

The Movement for Quality Government in Israel appealed to the national police commissioner to investigate the events, and a number of complaints were filed with the police.

Israeli law does not distinguish between official and personal documents in this regard, and prohibits the destruction of any document created or received during the employment of an employee of the state.

All such documents are the property of the state and must remain in the office; any materials that find their way to an employee’s home or any other location must be returned to the office.

Even materials defined as personal must be submitted to the state archives, where they are filed as such. A 2009 cabinet resolution specifies that the office manager of an outgoing cabinet member is responsible for archiving their personal documents after determining that they are not related to the ongoing business of the office, including making a list of the materials.

The safes containing the documents are located in the so-called “aquarium” – a sterile area where the prime minister and his most senior aides sit. They usually contain the schedules of senior officials, documents related to their work and other material.

Some of the documents in the safes were transferred to the office’s archives, as mandated by law. Once there, they will be filed so that Bennett, his ministers and his senior aides can access them as needed.

According to both a cabinet decision and the civil service regulations, shredding documents is illegal. All documents, whether public or private, are supposed to be preserved in the office’s archives, especially documents related to professional matters.

Senior legal sources said that what happened in Netanyahu’s office is extremely unusual. Even personal documents – for instance, officials’ schedules – are supposed to stay in the archives, with limited access for the new prime minister and his staff, they added.

Former Prime Minister Ehud Olmert told Haaretz: “I haven’t shredded even a single note at the end of my tenure. I can’t recall any document we shredded at the Prime Minister’s Office… We didn’t even consider touching anything.”

The law states that when civil servants leave office, they must label all their documents and send them to the state archives. According to civil service regulations, “Every document created in the course of a civil servant’s work or received by him pursuant to work belongs to the state and must be kept in the office.

“Documents and archival material that were kept in the office of a civil servant who has ceased to occupy that job and that are directly or indirectly connected to his activities or functions as a civil servant are the property of the state,” the regulations continue. “Accordingly, every document or other material in the civil servant’s possession must remain in the office, and all material or documents kept in the worker’s home or elsewhere must be returned to the office.”