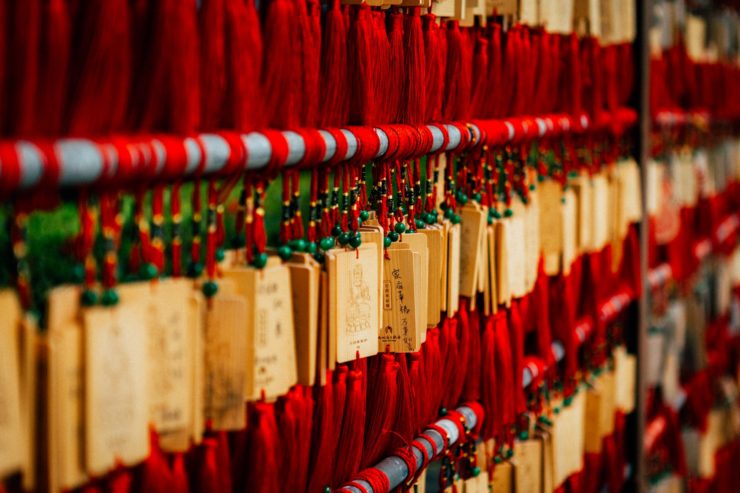 “Can the Chinese government be held responsible for ‘criminal negligence’ in relation to Covid-19?”, asks the economist Branko Milanovic. This is the question that many columnists and observers ask themselves.

I talked with Steven W. Mosher, an American expert on China and head of the Population Research Institute about this, the single most important political and cultural issue in the present global crisis.

Meotti: What doesn’t the West get about the Chinese regime?

Mosher: Even after the end of the current pandemic–which will, sooner than we think, end–China will not be looked upon the same way again. Its relationship with the West in general, and the U.S. in particular, will be fundamentally different. It will no longer be seen as merely an economic competitor, or even a strategic rival.

It will be seen as a hostile force to be confronted at every turn.

China will not give up its hegemonic aspirations and return to its previous status as a non-expansionist regional power. But it will no longer be aided in its quest for global domination by any country other than its handful of dictatorial allies whose dictators have, in one way or another, been paid off. China’s Belt and Road Initiative will come to be seen not as the high road to riches, but as deceitful debt-trap diplomacy, not to mention a one-way ticket to Coronavirus hell.

Meotti: Why is this epidemic, as you said, “made in China”?

Mosher: With every day that goes by we learn more about the evil and incompetent regime that unleashed this horror upon the world. Whether or not the Wuhan virus leaked from one of its biolabs or not, Beijing deliberately concealed the outbreak for as long as two months. Although it was finally forced by the rising death toll to admit it had a problem, it has continued to dissemble about virtually everything else in the two months since.

Why wasn’t the world warned in time? Estimates are that 95% of the infections in China, and almost 100% around the world, could have been stopped with timely medical intervention.

I am a frequent visitor to Italy, and have over the years traveled to all parts of the country, from Turin and Venice in the north, to Bari in the south. It pains me to learn that in northern Italy hundreds of elderly Italians are being denied ICU beds and ventilators, and are dying. They are dying because of the incompetence and evil of the Chinese Communist Party (CCP).

Italy signed on to the same Belt and Road project, the only G-7 country to do so, on the promise that it would lead to prosperity. At the present time, however, China’s New Silk Road seems to be a fast track to death.

The problem is not that there are hundreds of thousands of Chinese citizens living in Italy, not counting illegal immigrants. The problem is that their government allowed the Chinese Coronavirus to reach epidemic proportions in China, and then allowed it to be spread around the world. The CCP could probably have not done a better job of “seeding” a global pandemic if it had been trying to.

That because it is the CCP—and only the CCP—that is responsible for this deadly outbreak.

Meotti: A regime that aborted females, that imprisons millions, that take organs from prisoners, persecute religions… Where is the scandal in the West?

Mosher: The Chinese coronavirus has also put the spotlight on the Peoples Republic of China’s (PRC) outsized influence in the United States.

Every Fortune 500 company that has invested in China has become a hostage to the Beijing regime, and its lobbyists argue against taking action against China’s multifarous human rights abuses. Wall Street has become the financial services arm of the Beijing regime, providing the financing and the hard currency it needs for its military buildup and relentless expansionism in the South China Sea and elsewhere.

Its penetration of U.S. colleges and universities to implant or suborn professors also gives it influence in academe. These professors work for China’s interests, not America’s. Such academics not only advocate pro-China policy positions, they sometimes steal research and technology.

Why is today’a China a threat to our civilization, freedom of expression,WHO etc..?

The Chinese Coronavirus pandemic has focused the world’s attention on the dangers of a rising China is a way that nothing else has. It has also exposed the way that the Chinese Communists have corrupted the international order, starting with the World Health Organization.

Incredibly, the WHO helped China to hide the epidemic for a couple of weeks. WHO researchers were kept out of China until February 15, more than two months after the first cases were discovered. Even today, the WHO is not given access to the kind of data that would allow a complete understanding of the spread of the virus in China. Without this information, we are fighting in the dark against a largely unknown enemy.

China’s model of governance would mean an end to all the things that we hold dear, from human rights and popular sovereignty, to freedom of expression, association, and assembly. None of these things are permitted in China. Nor would they be long tolerated in a world dominated by China.

The post-coronavirus world is unlikely to be a world dominated by China, however. The Chinese Communist Party’s evil and incompetence has now been exposed on the world stage in an unforgetable way.

Americans will never forget that, in the middle of a viral epidemic unleashed by China, the Beijing regime threatened to withhold vital prescription drugs and medical devices in order to let “America drown in a coronavirus sea.”

America and the world will now move beyond the “China Dream,” even if the Communist Party leaders there continue to cling to it.

The world will pull back from China.

As the world order reconstitutes itself after the current pandemic subsides, it will take a different shape. China will no longer be regarded as a responsible member of that order, because it has proven that it is not. Instead it will be on the outside, looking in.

An article by Giulio Meotti, published in Arutz Sheva