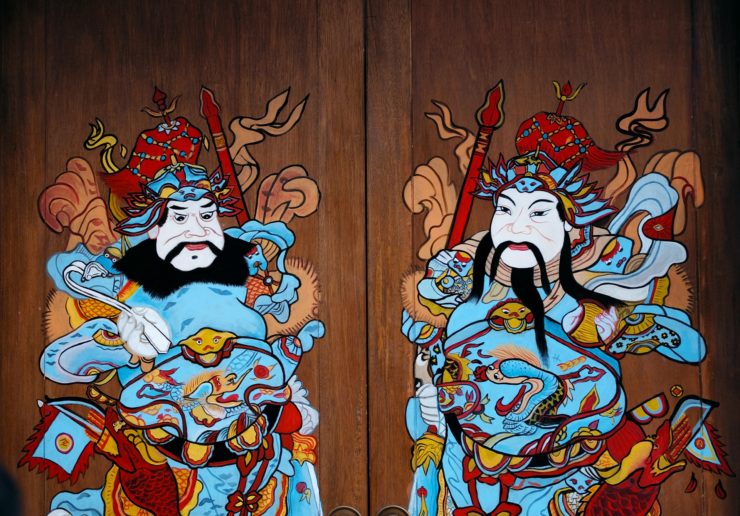 China is not our friend. Not now. Not ever. It is a far more serious enemy than Russia ever was or will be, and that includes the USSR. China has not only taken over production of far too many essentials, it steals intellectual property.

The Chinese were well aware of the danger of the Wuhan virus long before they shared that information. By December, senior party officials in Beijing knew the gravity. They chose to keep it secret and allowed tens of thousands of people to fly out of China each week to Europe, North America, the Middle East, and Asia.

President Trump closed the border to China January 31. And was summarily labeled a racist by the left. The media went wild. Funny, because Dr. A. Fauci says that shutting the border so early was the best thing the President could have done.

Before that, as a candidate, Trump called out China for its unfair trade practices. No one believed he would do anything as no politician had called them out in decades. As President he redid the trade deal, brought manufacturing home (Obama said that would not be possible) and now, because of the Covid19 virus and the Chinese threat to shut down drug delivery to America, will make sure that drugs needed in America are made in America. What were our leaders thinking when they turned drug manufacturing over to the Chinese.

They are a closed government. There is no transparency. They lie. They lied about the virus.

Justin Trudeau seems to be oblivious to the danger of despots. In 2013, he expressed “a level of admiration I actually have for China” with his reasoning that “their basic dictatorship is allowing them to actually turn their economy around on a dime and say ‘we need to go green fastest, we need to start investing in solar.’”

In 2020, two and a half months after it was blatantly obvious we had a highly contagious new virus loose in the world and America had long ago closed her border with China, Canada’s leader finally closed our borders to non-Canadian citizens—but with exceptions: permanent residents, diplomats, air crews, and U.S. citizens. “Family members of Canadian citizens and permanent residents will also be allowed to come home,” said Trudeau.

It is important to note that 40 percent of Metro Vancouver residents are of Asian heritage, of whom approximately half are of Chinese origin. They are free until further restrictions to travel from China to Canada. And as of March 20 flights were still coming to Canada direct from China.

I wrote about the influence of China on Canada in January 2019. It is the same in America and across the West. China has infiltrated business, schools, media and politics.

Tom Blackwell from the National Post wrote President Xi Jinping, has overseen what one leading academic expert calls a “massive expansion” in China’s use of soft power overseas, much of it under the auspices of the United Front Work Department, a shadowy offshoot of the Chinese communist party. Charles Burton, a political scientist at Ontario’s Brock University, who closely monitors China-related rights issues, pointed out that the problem with the United Front Work Department is its engagement with persons of Chinese origin who have local citizenship and encourage them to serve the interests of the motherland, when in fact the motherland should be Canada.

It appears the Chinese government has infiltrated the West’s education system.

The Confucius Institute, an organization affiliated with the education ministry of the government of China, which had offered its services to teach Mandarin to the schoolchildren, is now entrenched at three school boards and on nine university and college campuses across Canada.

To encourage such leanings, the United Front’s tools include both the Confucius Institutes, and the less-well-known Chinese Students and Scholars Associations at post-secondary institutions across Canada — and in numerous other countries. The associations are sometimes dispatched to counteract protests against visiting Chinese dignitaries, promote the homeland and monitor the activities of Chinese students.

Michel Juneau-Katsuya, former Asia-Pacific chief for the Canadian Security Intelligence Service, documented ties between the leaders of a number of Chinese-Canadian groups and China, arguing in a presentation to the Toronto school board the groups “are following Beijing’s request, not the Canadian constituents.”

(China) is increasingly able to use its soft-power ‘magic weapons’ to help influence the decision-making of foreign governments and societies.

“There are many immigrants coming to Canada who are actually very proud of the development that has occurred in the motherland.”

Last August (2018), Xi made a direct appeal to ethnic Chinese residents of countries like Canada — what Beijing calls the “overseas Chinese” — urging them to

“remember the call from the Party and the people, spread China’s voice, support the country’s development, safeguard national interests.”

Canada’s Chinese-language media, with the exception of Falun Gong’s Epoch Times and one or two other newspapers, toe Beijing’s line, says Cheuk Kwan, head of the Toronto Association for Democracy in China. Most of the Chinese-language media in Canada are now owned by businesses tied to Beijing, offering positive coverage of China, while Chinese-Canadian community groups have largely fallen under the sway of the “motherland.”

Charles Burton says one of the United Front’s key goals is to soften opinions around issues like Chinese companies’ acquisition. Canadian natural resources and technology.

It’s difficult to map exactly how the United Front Work Department deploys its resources in places like Canada but its influence has been helped by immigration in the last two decades made up increasingly of people raised under Communist rule on the Chinese mainland. Burton believes a “substantial” portion of Chinese diplomatic staff in Canada are likely United Front operatives, interacting with Chinese-Canadian leaders, politicians, students and others. China’s Overseas Affairs Office — under Xi, is now officially part of the United Front.

“An organization (United Front Work Department) that once had another purpose has gradually been taken over to serve China’s national interest.”

A training manual for United Front cadres, obtained by the Financial Times newspaper, notes with approval that the number of politicians of Chinese descent elected in Toronto had almost doubled between 2003 and 2006.

Chinese-Canadian politicians, meanwhile, have to be cognizant that recent Chinese immigrants are mostly products of the mainland Communist regime, said Kenny Chiu, a losing 2015 federal Conservative candidate in B.C.

“That has a significant impact or influence on the view of China in the community,” Chiu said. “There are many immigrants coming to Canada who are actually very proud of the development that has occurred in the motherland…A lot of people don’t think of the long arm of influence of China in Canada, because they’re under the influence, to put it mildly…Outsiders like me, who is a Hong Kong immigrant … we see very clearly that this is a United Front effort, a very subtle, soft-power kind of advance into Canadian society.”

Remember, China is not a friend of the West. Act accordingly.