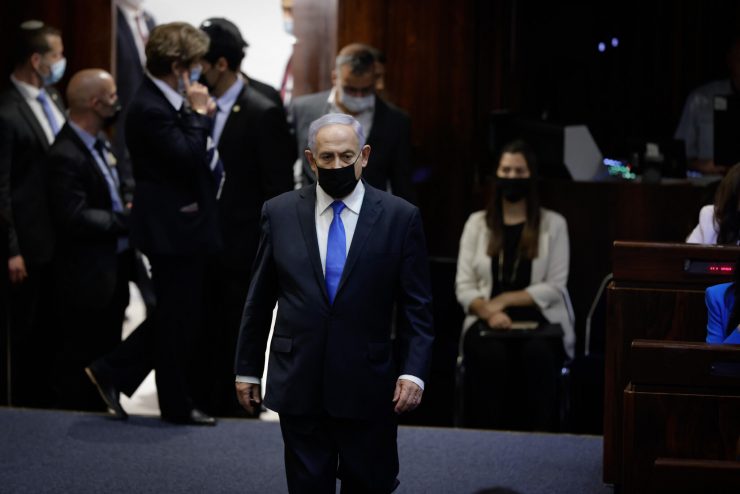 The state prosecution had sought to change the indictment in Case 4000, in which Netanyahu is charged with bribery, fraud and breach of trust, after a former confidant who turned state’s witness appeared to contradict himself on the stand and admit he was not sure about statements he had previously made to investigators. The about-face by former Communications Ministry director Shlomo Filber has punched a hole in the prosecution’s case, which had been undergirded by his testimony.

“The prosecution announced in court that it was planning on weighing use of clause 184. This is so the defense can plan its steps,” the statement read, following a meeting between Baharav-Miara and the prosecution team.

The statement was the first public comment on Netanyahu’s case from the relatively new attorney general.

In rejecting the alteration, the judges had noted the advanced stage of the trial and that Filber is already being cross-examined.

Micha Fettman, a lawyer who previously represented Netanyahu, said earlier that the judges’ decision marked “a happy day” for the defense, and a failure by the prosecution. The state prosecution, he noted, had erred in specifying in the indictment when the meeting at issue took place, rather than being vague as to the timing.

Fettman also noted, however, that the court had ruled out amending the indictment “at this stage.”

The case is considered the most serious of the three cases against the former prime minister. Elovitch and his wife Iris have been charged with bribery in the case. They all deny wrongdoing.

Netanyahu is also on trial in two other corruption cases, facing charges of fraud and breach of trust in Case 1000 and in Case 2000. He has claimed all the charges were fabricated in a political coup led by the police and state prosecution.

Baharav-Miara said that the Case 1000 indictment could still be changed by adding three new witnesses.

The prosecution plans to add Milchan’s daughter Elinor, Packer’s personal assistant Ian Morris, who bought the jewelry, and Inbar Blankman, who worked at the Caprice Jewelry Shop in Ramat Gan where the jewelry was procured, to its witness list.

In allowing the added witnesses, the judges reasoned that the court has yet to begin hearing testimony in that case.

In Case 2000, Netanyahu is accused of attempting to reach a quid pro quo with Yedioth Ahronoth publisher Arnon Mozes for positive media coverage.