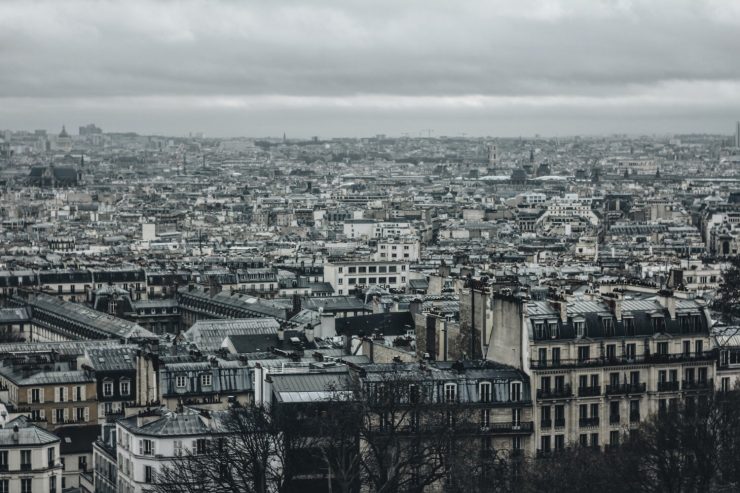 Please note: This article is translated from italian, the original text is –

A jurist of whom I once had some esteem, in an article just published in an aligned newspaper, tries to justify with arguments that would be legal the state of exception for the umpteenth time declared by the government. Taking up again without confessing the schmittian distinction between commissioner dictatorship, which aims to preserve or restore the current constitution, and sovereign dictatorship which aims instead to establish a new order, the jurist distinguishes between emergency and exception (or, as it would be more precise, between state of emergency and state of exception). The argument actually has no basis in law, since no constitution can foresee its legitimate subversion. This is why he is right in his essay on political theology, which contains the famous definition of the sovereign as one “who decides on the state of exception”, Schmitt speaks simply of Ausnahmezustand , “state of exception”, which in German doctrine and also outside of it has imposed itself as a technical term to define this land no one between the legal order and the political fact and between the law and its suspension.

Tracing the first Schmittian distinction, the jurist states that the emergency is conservative, while the exception is innovative.

“An emergency is used to return to normal as soon as possible, the exception is instead used to break the rule and impose a new order”.

The state of emergency “presupposes the stability of a system”, “the exception, on the contrary, its decay which opens the way to a different system”.

The distinction is, according to all evidence, political and sociological and refers to a judgment of personal evaluation on the state of affairs of the system in question, on its stability or on its decay and on the intentions of those who have the power to decree a suspension of the law which, from a legal point of view, is substantially identical, because it resolves in both cases in the pure and simple suspension of constitutional guarantees.

Whatever its aims, which no one can claim to assess with certainty, the state of exception is only one and, once declared, no instance is expected that has the power to verify the reality or seriousness of the conditions that have it determined.

It is no coincidence that the jurist must write at some point: “It seems indubitable to me that today we are facing a medical emergency.”

A subjective judgment, issued curiously by someone who can not claim any medical authority, and to whom it is possible to oppose others certainly more authoritative, especially since he admits that “discordant voices come from the scientific community”, and that therefore it is ultimately to decide instance who has the power to decree the emergency.

The state of emergency, he continues, unlike that of exception, which includes indeterminate powers, “includes only powers aimed at the predetermined purpose of returning to normal” and yet, he concedes immediately afterwards, such powers “cannot be specified in advance”.

A great legal culture is not necessary to realize that,

The jurist’s argument is doubly specious, because not only does it introduce a juridical distinction that is not such, but, in order to justify at any cost the state of exception decreed by the government, he is forced to resort to factual and questionable arguments beyond his skills.

And this is all the more surprising, since he should know that, in what is only a state of emergency for him, constitutional rights and guarantees were suspended and violated that had never been called into question, even during the two world wars and fascism; and that this is not a temporary situation is strongly affirmed by the rulers themselves, who never tire of repeating that the virus has not only not disappeared, but can reappear at any moment.

It is, perhaps, for a residue of intellectual honesty, that, at the end of the article, the jurist mentions the opinion of those who “not without good arguments, maintain that, regardless of the virus, the whole world still lives more or less permanently in a state of exception “and that” the economic-social system of capitalism “is unable to face its crises with the rule of law apparatus. In this perspective, he concedes that “the pandemic virus infection that keeps entire societies in check is a coincidence and an unexpected opportunity, to be seized to keep the people of the submissive under control”. It is legitimate to invite him to reflect more carefully on the state of the society in which he lives and to remember that jurists are not only, as they have unfortunately for some time now,

1. A state of exception (German: Ausnahmezustand) is a concept introduced in the 1920s by the Nazi jurist Carl Schmitt, similar to a state of emergency (martial law) but based in the sovereign’s ability to transcend the rule of law in the name of the public good.

This concept is developed in Giorgio Agamben’s book State of Exception (2005) and Achille Mbembe’s Necropolitics (2019).

2. In this book, Giorgio Agamben traces the concept of ‘state of exception’ (Ausnahmezustand) used by Carl Schmitt to Roman justitium and auctoritas. This leads him to a response to Carl Schmitt’s definition of sovereignty as the power to proclaim the exception.

Agamben’s text State of Exception investigates the increase of power by governments which they employ in supposed times of crisis. Within a state of emergency, Agamben refers to the states of exception, where constitutional rights can be diminished, superseded and rejected in the process of claiming this extension of power by a government.

The state of exception invests one person or government with the power and voice of authority over others extended well beyond where the law has existed in the past.

“In every case, the state of exception marks a threshold at which logic and praxis blur with each other and a pure violence without logos claims to realize an enunciation without any real reference” (Agamben, pg 40). Agamben refers a continued state of exception to the Nazi state of Germany under Hitler’s rule.

“The entire Third Reich can be considered a state of exception that lasted twelve years. In this sense, modern totalitarianism can be defined as the establishment, by means of the state of exception, of a legal civil war that allows for the physical elimination not only of political adversaries but of entire categories of citizens who for some reason cannot be integrated into the political system” (Agamben, p. 2).

The political power over others acquired through the state of exception, places one government—or one form or branch of government—as all powerful, operating outside the laws. During such times of extension of power, certain forms of knowledge shall be privileged and accepted as true and certain voices shall be heard as valued, while of course, many others are not. This oppressive distinction holds great importance in relation to the production of knowledge. The process of both acquiring knowledge, and suppressing certain knowledge, is a violent act within a time of crisis.