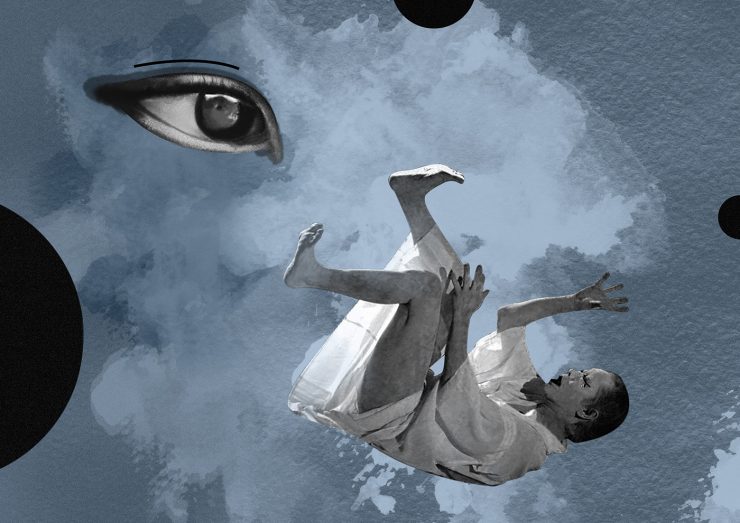 “Democracy tends to ignore, even deny, threats to its existence because it loathes doing what is needed to counter them. It awakens only when the danger becomes deadly, imminent, evident. By then, either there is too little time to save itself, or the price of survival has become crushingly high.” Jean-François Revel

Fear spread in early March, 2020, when the World Health Organization initially pegged the death rate of the Chinese Virus, COVID-19 at 3.4 per cent. There was talk of 2 million Americans dying.That fear has been demoralizing, affecting our free will, our moral agency.

We are living through a real-time experiment examining our response to the fear of the unknown; Corona Virus, Covid19, the Chinese virus. And it seems many have been paralyzed by it; unable to think clearly. “Feelings of numbness, powerlessness and hopelessness are now so common as to verge on being considered normal,” James Hamblin wrote in The Atlantic.

Fear prompts retreat. It is the antipode to progress. The most concrete thing that neuroscience tells us is that when the fear system of the brain is active, exploratory activity and risk-taking are turned off. When we don’t know the risks, our fear can often lead us away from rational thought. It’s this pathway that leads us to make decisions from a purely emotional perspective. Anxiety is an emotional response to fear and tends to direct behaviour towards the safest option. Sometimes moving cautiously is definitely the best way to go. Sometimes it’s not.

This fear of the unknown has long been tapped by both politicians and businesses to drive our decision making into what they are selling.

The question is; what is being sold and why?

In his novel The Brothers Karamazov (1880), the Russian author, Dostoyevsky, writes about the burden of freedom in his parable “The Grand Inquisitor.” In the story, Jesus comes to Seville, Spain, in the late-fifteenth century, at the time of the Spanish Inquisition. He is taken prisoner by the Grand Inquisitor and questioned.

The Grand Inquisitor tells Jesus that humanity is too weak to bear the gift of freedom. It does not seek freedom but bread—not the divine bread promised by Jesus, but ordinary earthly bread. People will worship whoever gives them bread, for they need their rulers to be gods. The Grand Inquisitor tells Jesus that his teaching has been amended to deal with humanity as it really is: “We have corrected Thy work and have founded it on miracle, mystery and authority. And men rejoiced that they were again led like sheep, and that the terrible gift that brought them such suffering was, at last, lifted from their hearts.”

Fear has turned us away from the gifts of freedom, common sense and critical thinking. Fear has sent many into isolation and isolation is destructive, dulling one’s sense of awareness.

“The one thing every man fears is the unknown. When presented with this scenario, individual rights will be willingly relinquished for the guarantee of their well- being granted to them by their world government.” ~ Dr. Henry Kissinger.

Fear has been fed on a daily basis by too many people in government and main stream media; nonstop negative reports on the virus and no uplifting ones to compensate. Nothing. Social media has also aided and abetted in that fear because of the censorship of information that goes against the mantra that we must remain in lockdown until the virus is gone or a vaccine is ready. Yet all of this fear was based on models that stated 2 million people would die in America alone!

The CDC has attempted to offer a real estimate of the overall death rate for COVID-19, and under its most likely scenario, the death rate is 0.26% not 3.4%.

Where is the media? Why are they not sharing good news? Instead the NY Times shared the names of the 100,000 who have died and NBC Nightly News shares stories about those who have died. To what end, other than increase fear?

As of May 31 there have been 370,000 deaths worldwide in a population of 7.8 billion. Yet, we continue to experience a mass failure of information that would relieve the fear.

There has been a failure to educate the public that the overall fatality rate is not only far lower than previously thought but is extremely low in almost everyone other than the elderly.

There has been a failure to clarify to parents the truth about the extremely low risk to children, and that has accompanied a gross failure to offer a rational medical perspective regarding schools reopening. Younger, healthier people have virtually zero risk of death and an extremely small risk of serious disease. Schoolchildren, whose lives, mental health, and education we are destroying, are more likely to get struck by lightning. They are nearly seven times more likely to die of the flu than of the coronavirus. (They must, however, keep away from the elderly.)

We remain at the mercy of government officials who promote fear and will not let our people go.

What will happen when word on high is delivered that we can go out again, after all this fear mongering? Will grandchildren suddenly rush into the arms of their grandparents? Will friends shake hands and hug each other? Will parents who have been traumatized by the fear of their children getting sick, when statistics have clearly shown that their children are safe, let their children go to school, without masks and social distancing that prevents the development of healthy social skills? Will they let them play in the park with their friends, participate in team sports? Go into a swimming pool, have play dates, eat at McDonald’s?

Will we ever return to shopping without wearing a mask or go to the movies without fear of the other, sitting beside us? Will we ever feel comfortable enough to go back to what we all thought of as “normal”?

Descartes wrote: “Every part of thinking should be questioned, doubted, and tested.”