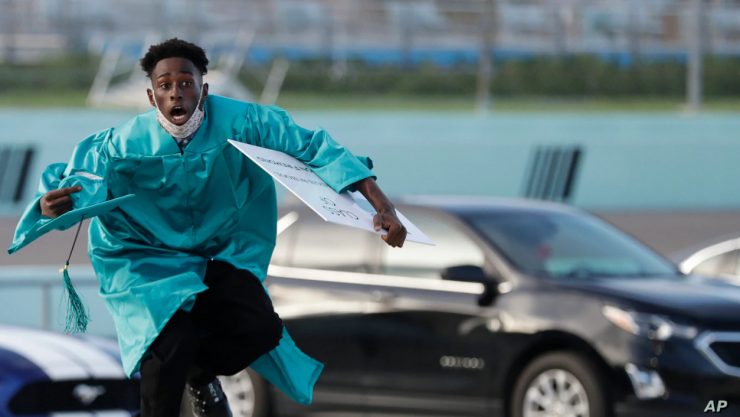 The silent majority is one of the biggest X factors in American politics. Possibly even the biggest. Not all Americans are the type to shout everything from the high heavens, even though we have a reputation for being brash and loud. Many of us would rather let our actions do the talking than our words.

With the presidential election less than 150 days away, the left needs to reconsider where it’s going and what it’s enabling. And whether it wants the nation to dump Trump, as its supporters say they’re passionate about achieving.

The poll numbers are hardly surprising. Biden tends to range anywhere from 42 to 56, whereas Trump is anywhere from 37 to 48 percent, according to Five Thirty Eight.This is no different to how it was in 2016, when the polls showed Hillary Clinton routinely holding double-digit leads over Trump.

After he won (albeit with a smaller number of votes than Clinton secured), there was a lot of pondering about how exactly the polls got it wrong, and it all came down to the same conclusion: the silent majority.

That large swath of Americans who weren’t vocal about who they were going to vote for, but weren’t pleased with how the country was going and let their actions speak for themselves.

During the course of the past four years, the political left in America has learnt zero lessons from their loss in 2016. If anything, they’ve become even less. CNN personality Don Lemon has even gone to bat for Antifa.

There are constant statements in the liberal press that there’s some sort of deep-seated racism that’s inherent to the United States. So much so that the Pulitzer Prize honoring journalism and the arts went to The 1619 Project, a historically inaccurate and easily debunked piece about the history of slavery in the United States. Then came the death of George Floyd.

Since that moment, the Black Lives Matter (BLM) movement has been working to enact a sort of Year Zero, targeting monuments across the country to deface or destroy them. This, of course, comes after the mass riots agitated by Antifa that saw many cities in flames. And then there’s the creation of the CHAZ/CHOP autonomous area in Seattle, which is reportedly about to be shut down by the mayor.

Where is the condemnation from the Joe Biden camp? Where is the condemnation from the left in general? Where is their support for the police? Why aren’t any of them calling for BLM – an avowedly Marxist group, the aims of which include the overthrowing of capitalism – to stop encouraging this or for Antifa to be declared a terrorist group, or declaring how bad an idea an autonomous, police-free zone is? The answer? They’re nowhere. In fact, Nancy Pelosi tried to place the murder of George Floyd at the feet of Republicans.

Here is what the left does not understand. Its unwillingness to call out these Marxist groups and their actions doesn’t go unnoticed. There’s a reason Trump rallies sell out the way they do. There’s a reason why he won in 2016 and could just as easily have a poll-defying victory again. That reason is simple: Americans take notice of what’s around them and realize who’s in charge and who’s failing.

It’s been speculated that the 2016 election was an indictment of HIllary Clinton, but I’m not sure I agree. I think it was an indictment of the left in general. During the Barack Obama presidency, “flyover country” was constantly demeaned as being racist and backwards. With Hillary Clinton, it was no different, and people were sick of it. Now, it’s gone far beyond that. Not only are there groups that actually believe America is a deeply racist and oppressive nation (the opposite of reality), but they want to destroy it and create something new. If you look at CHAZ/CHOP, it’s rather obvious that they can’t even plant a crop, let alone run a country.

The United States does not want a Year Zero. Ours is a nation with a heritage most Americans are proud of, and we’re proud of the oppression we’ve defeated over the years. Erasing that history only means we’d be doomed to repeat it.

As such, the polls are likely going to remain the same until the election. At that point, the silence will be deafening. Americans will pull the cord for Republicans, and we’ll have another 2016 on our hands.

All because the left would not stand up to the radicals who want to destroy the nation.