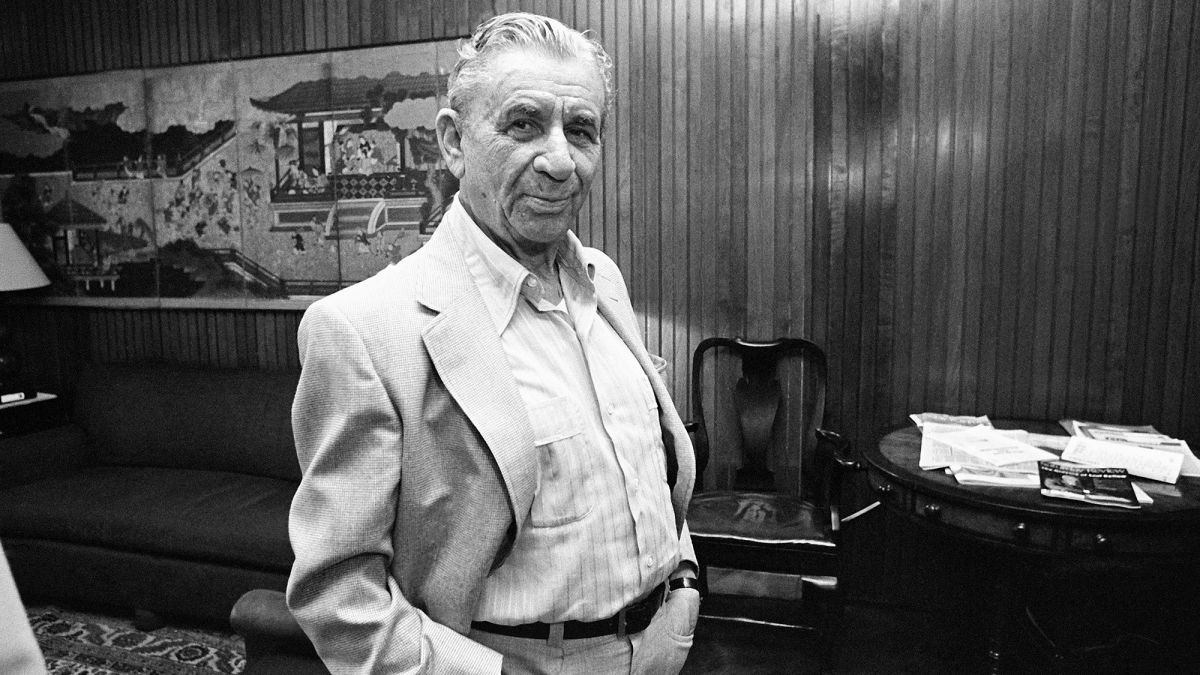 In the recent past, he has written tens of thousands of words……observing, predicting and warning…..but now, along with the rest of us, he must bear witness, as time is running out and violence directed at Jews on the streets of America is growing.

“It is the same world as when your parents packed up quickly from Toulouse, and found themselves up in the Pyrenees with the Gestapo at their heels………As it turns out, they are still at our heels…and for them, Jews are prey to be hunted and shot on sight…….Did all that I have written stop a single bullet?”

We all know this is a frightening time in the diaspora. Yet, at the same time, the Jewish world has never been more secure.

Jews in the diaspora are being beaten in the streets, threatened on college campuses, and killed in their markets and synagogues.

“The golas (diaspora) is closing down,” declared Rabbi Berel Wein during an August lecture. It is disappearing, its populations are declining. And this decline is happening at the exact moment that Israel grows from strength to strength.

Also consider that there were 6 million Jews in the United States 50 years ago, and today there are, maybe, four million Jews. How do you explain that every other American minority group increased in size since 1960, except the Jews?

Today in the United States, Jewish schools and synagogues are closing, Jewish institutions are consolidating to hide their enormous losses, and the fabled Jewish hospitals and social service agencies are busy serving everyone but Jews.

Also today, student savages on university campuses wage violent anti-Israel demonstrations and break up meetings called by Jews. You and I Jack, we know why this happens. Because the young Jews on campus do not defend themselves. Some of them even agree with their enemies. They are diaspora Jews.

Week after week, young savages attack Jews on the streets of Brooklyn. You and I, Jack, we know why this happens. Because these young animals know that the Brooklyn Jews will not defend themselves.

And now savages come into synagogues and markets to shoot and kill Jews, because they know when they enter a synagogue no one will meet them with guns drawn.

This is the diaspora, where Jews must hire non-Jews to protect their synagogues, their schools, and patrol their streets. This is the history of galut, where Jews will continue to be defenseless until they move to Israel.

So, perhaps our energy should not be wasted in endless community meetings, where “we can begin to heal the wounds and rebuild bridges” in which Jews are asked to somehow take the blame for minority children not being able to read and their young men impregnating and abandoning their women.

Instead Jack, let’s invest our energy and money in the Jewish future, which is aliyah.

Let’s strengthen the wonderful organizations assisting in Aliyah, such as Nefesh B’Nefesh. And as a community, we need to become even smarter, to ease the transition for those proud and brave Jews moving to Israel.

What is smarter? Jews should make aliyah into Israeli communities they have carefully chosen, and they should move into homes they have already rented or purchased, and olim must feel confident in having selected the correct schools for their children.

And most importantly, perhaps we Jews can be clever enough to assist Jewish husbands making aliyah so that if they must, they can commute, or telecommute, from Israel to their old jobs in their home countries.

Asking a man who has been in the workforce for 15 or 20 years to re-learn new professions and figure out how to work in the Hebrew language and Israeli culture is asking an awful lot, and maybe too much.  For in the history of aliyah, the inability to find the right work for olim is a prime reason disappointed families have left Israel.

Perhaps we need to learn from today’s French olim, as many commute to France weekly or twice a month to continue in their jobs and professions.

These French olim return to work in a job and environment they know, where they bring in a salary they are comfortable with and, in the meantime, their families are becoming Israelis.

And maybe commuting olim can take their time to figure out how to eventually become lawyers, doctors or retail owners in Israel. But they can do it at their own pace and when they are ready.

The diaspora today is what it has always been. Populated by Jews who cannot defend themselves, by leaders who are poorly educated Jews, and by a population that is minimally Jewish.

Do you remember, Jack? The American Jewish community, when faced with German Americans organizing Nazi meetings in New York City before World War II, was unable to fight and had to plead with mobster Meyer Lansky to protect them.

And he did, with his Jewish associates who used lead pipes to break up Nazi meetings and pound on American Nazi skulls. Kol Ha Kavod!

As happened this past Yom Kippur at the Halle synagogue in Germany, when the savages come to kill, all diaspora Jews can do is lock their doors, huddle together and hope non-Jews will come quickly and save them.

Jack writes on December 12, “Who knows. Maybe somewhere, someone read something, and it made a difference. G-d only knows.”

Let’s make a big difference by explaining that the best way, the only way, to protect diaspora Jewish communities is to help Jews make aliyah.

And frankly, we have no choice. For right before our eyes the shrinking Jewish diaspora –in America and Europe– is coming to an end.

Rabbi Wein said it is all about the numbers…….and in the diaspora, the numbers are all bad.

Meyer Lansky (header image) (born Meier Suchowlański; July 4, 1902 – January 15, 1983), known as the “Mob’s Accountant”, was an American major organized crime figure who, along with his associate Charles “Lucky” Luciano, was instrumental in the development of the National Crime Syndicate in the United States.

Associated with the Jewish mob, Lansky developed a gambling empire that stretched across the world. He was said to own points (percentages) in casinos in Las Vegas, Cuba, The Bahamas and London. Although a member of the Jewish mob, Lansky undoubtedly had strong influence with the Italian-American Mafia and played a large role in the consolidation of the criminal underworld. The full extent of this role has been the subject of some debate, as Lansky himself denied many of the accusations against him.

Despite nearly fifty years as a member-participant in organized crime, Lansky was never found guilty of anything more serious than illegal gambling. He has a legacy of being one of the most financially successful gangsters in American history. Before he fled Cuba, he was said to be worth an estimated $20 million (equivalent to $189 million in 2018). However, when he died in 1983, his family was shocked to learn that his estate was worth around $57,000.

In the 1930s, Lansky and his gang stepped outside their usual criminal activities to break up rallies held by the pro-Nazi German-American Bund. He recalled a particular rally in Yorkville, a German neighborhood in Manhattan, that he and 14 other associates disrupted:

”The stage was decorated with a swastika and a picture of Adolf Hitler. The speakers started ranting. There were only fifteen of us, but we went into action. We threw some of them out the windows. Most of the Nazis panicked and ran out. We chased them and beat them up. We wanted to show them that Jews would not always sit back and accept insults.”

During World War II, Lansky was also instrumental in helping the Office of Naval Intelligence’s Operation Underworld, in which the government recruited criminals to watch out for German infiltrators and submarine-borne saboteurs. Lansky helped arrange a deal with the government via a high-ranking U.S. Navy official. This deal would secure the release of Luciano from prison; in exchange, the Mafia would provide security for the warships that were being built along the docks in New York Harbor. German submarines were sinking Allied shipping in great numbers along the eastern seaboard and the Caribbean coast, and there was great fear of attack or sabotage by Nazi sympathizers. Lansky connected the ONI with Luciano, who reportedly instructed Joseph Lanza to prevent sabotage on the New York waterfront.