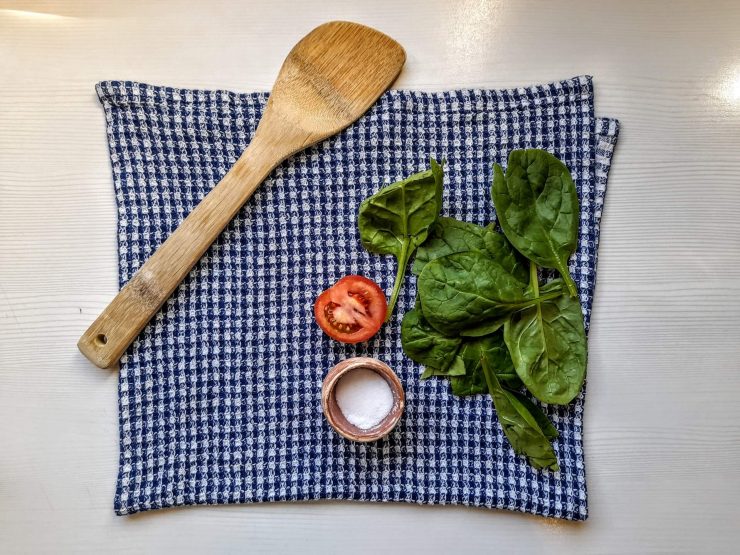 All the bunches of fresh parsley, za’atar and baladi (local heirloom) spinach had been snatched from the shelves of the neighborhood supermarket in northern El Bireh by 3 P.M. Sunday. This is a matter of interest because even spinach has something to teach us about Israel’s rule of the West Bank.

The long lines at the two checkout counters and the shoppers’ urgency to fill their baskets recalled the brief interruptions of the curfews imposed by the Israel Defense Forces during the first and second intifadas. In fact, Ramallah Governor Laila Ghannam had, on Saturday evening, declared a one-week quasi-curfew in another attempt to halt the spread of the coronavirus.

The Palestinian enclaves are withdrawing into their lockdowns, which are becoming increasingly frequent and more desperate.

This is connected, of course, to the crowded homes and neighborhoods and the sweeping disregard for the pandemic guidelines.

At the same time, the Palestinian situation as a photographic negative of the Israeli one (lockdown vs. opening) is also a reflection of the vaccine apartheid.

As part of their routine, IDF soldiers raided three Ramallah neighborhoods and two area villages overnight Sunday, conducting searches and making arrests. More proof of how Israel exerts total control over the entire West Bank but has managed to rid itself of its responsibility under international law for the health of the Palestinian population.

Stores selling food, the governor declared, would be open from 9 A.M. to 5 P.M. Sunday, at which point they would remain closed until Thursday.

All activity in the public and private sectors would be halted. Car travel would be prohibited, fines would be issued for violations and the police would enforce the orders meticulously. The governors of the Jerusalem and Nablus districts followed suit, ordering similar closures, in addition to the existing restrictions on interdistrict travel and on opening hours for stores.

I knew I’d be able to find fresh parsley a kilometer or two from my apartment in northern El-Bireh, at the stand at the entrance to the village of Surda, in the produce stores in the Jalazun refugee camp or in the villages of Dura al-Qar’a or Beitin. They, like most of the villages in every Palestinian district, are not subject to the Palestinian Authority’s policing and law enforcement. They are in Area B, in which the PA has only planning and administrative powers, according to the Oslo Accords.

When commerce in the cities is paralyzed, one can go to the surrounding villages and shop in their garages, butcher shops, woodworking shops and plant nurseries. Trust the Palestinians who know how to avoid Israeli military checkpoints to circumvent their own police checkpoints if this must be the week to buy a new washing machine or car tire.

The PA police and “national security” forces are careful to position their checkpoints for enforcing the coronavirus closure so that they don’t encroach on Area B, where they can operate only in exceptional circumstances and with advance, ongoing and exhausting coordination with Israel.

The Israeli police, who are permitted to operate there, aren’t interested in construction that isn’t up to code, unauthorized garbage dumps, uninsured vehicles, violence by men against women, disputes between neighbors or families or thefts. They care even less about the PA’s coronavirus regulations.

What do we learn from this?

That even without the police, and despite the natural tensions and rows that erupt, ties of partnership and reciprocal relations among village families provide a reasonable degree of personal security. We also see that, unlike Israel, the PA is upholding the interim agreement known as the Oslo Accords, even though back in 1999 Israel was supposed to turn B areas into A, where the Palestinians would have administrative authority and policing powers.

Twenty-two years later, the perpetuation of this interim stage is shrinking the boundaries of Palestinian self-government, both geographically and in terms of morale. The perpetuation of the temporary turns the uncertainty, officials’ self-doubt and the residents’ contempt of them into a foundation of daily life.

Uncertainty, contempt and self-doubt are additional means of control that Israel is skillful at cultivating.