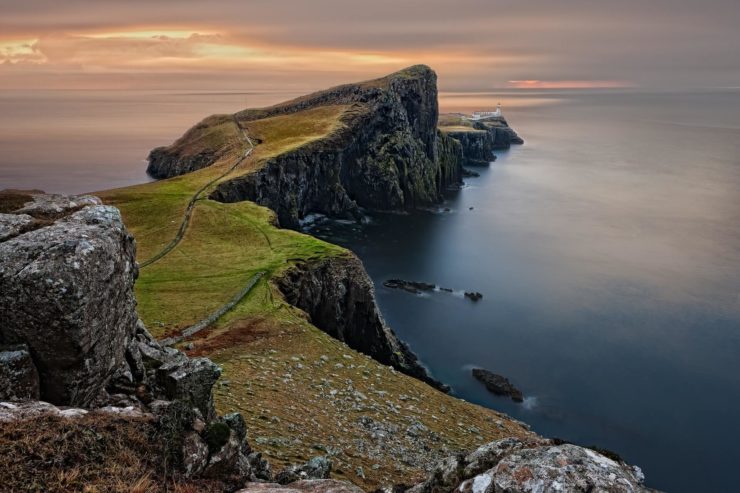 The Serenity Prayer is a prayer written by the American theologian Reinhold Niebuhr.

It is commonly quoted as:

Niebuhr’s prayer originally asked for courage first, and specifically for changing things that must be changed, not things that simply can be changed:

“Father, give us courage to change what must be altered, serenity to accept what cannot be helped, and the insight to know the one from the other.”

The timeless Serenity Prayer is a plea for comfort, strength, and wisdom in a turbulent world.

We often hear the phrase “surrender to God” in different contexts and different situations. While this may sound cliché and one of those “easy to say but hard to do” facts of life, there is truth and wisdom in it. We do not have control over or power over a lot of matters in this world. And oftentimes, trouble comes when we fail to recognize and accept this.

What Is The Serenity Prayer?

There are various versions of the Serenity Prayer, but the most commonly known one is this:

God, grant me the serenity to accept the things I cannot change,

courage to change the things I can,

and wisdom to know the difference.

The full Serenity Prayer from which the above is quoted is longer and more elaborate.

God, give me grace to accept with serenity

the things that cannot be changed,

Courage to change the things

which should be changed,

and the Wisdom to distinguish

the one from the other.

Living one day at a time,

Enjoying one moment at a time,

Accepting hardship as a pathway to peace,

Taking, as Jesus did,

This sinful world as it is,

Not as I would have it,

Trusting that You will make all things right,

If I surrender to Your will,

So that I may be reasonably happy in this life,

And supremely happy with You forever in the next.

It is a powerful prayer seeking help from the Lord so we can graciously accept what we cannot change and courageously change what we can.

History Of The Serenity Prayer.

The author of the Serenity Prayer has been a largely debated detail for years until a 1932 diary entry was recovered. It was found that the prayer was originally written by Reinhold Niebuhr, a German-American reformed theologian in the 20th century. Born to German parents and raised in Missouri, he grew up being part of a church his father pastored. He eventually became a pastor himself and has been described as “the most influential American theologian of the 20th century” by historian Arthur Schlesinger Jr.

He wrote the Serenity Prayer in the early 1930s while he was a professor at Union Theological Seminary in New York City originally as the closing part of a longer prayer. His friend Dr. Howard Robbins requested to include the prayer in a book he compiled and published in 1934. The full Serenity Prayer was also in the Book of Prayers and Services for the Armed Forces released in 1941.

There are different speculations as to why Niebuhr wrote the Serenity Prayer in full. Some say it is to address any kind of suffering in general, while others imply it was a statement against Nazi Germany. What is clear though is the fact the Niebuhr intended for it to be a prayer during difficult times and encouragement to focus on working on what can be improved.

But how can we begin to accept things we cannot change? Here are 3 practical steps that can help after we decide to submit to God’s will.

It helps to acknowledge the things, people, and circumstances in our lives that we cannot change. This includes our childhood, our past, the wrongs we’ve done and the wrongs that have been done to us, other people and their choices, and inevitable situations like illness, loss, and death. The list can go on. But what’s important is to assess what these are in our own lives and how they affect us. We can only address what we acknowledge.

Acknowledging these things does not mean we no longer feel the pain that comes along with it. It also does not mean we force ourselves to approve of or enjoy them. More often than not, there will still be a certain degree of suffering and uncomfortable consequences. We are free to grieve. It is an essential part of the process of acceptance. Keeping the pain bottled up inside or denying the pain of loss is unwise, as it will only come out in uglier ways. Grieve if you must, but do not wallow in the mud.

Once we’ve allowed ourselves to grieve, we can see more clearly the things we need to learn from our experiences. What did we do wrong? What did we allow others to do to us? How did we start to wander away from the Lord? How can we do better next time? Lessons learned from our mistakes are invaluable.

And they said: At the head of all understanding – is realizing what is and what cannot be, and the consoling of what is not in our power to change.