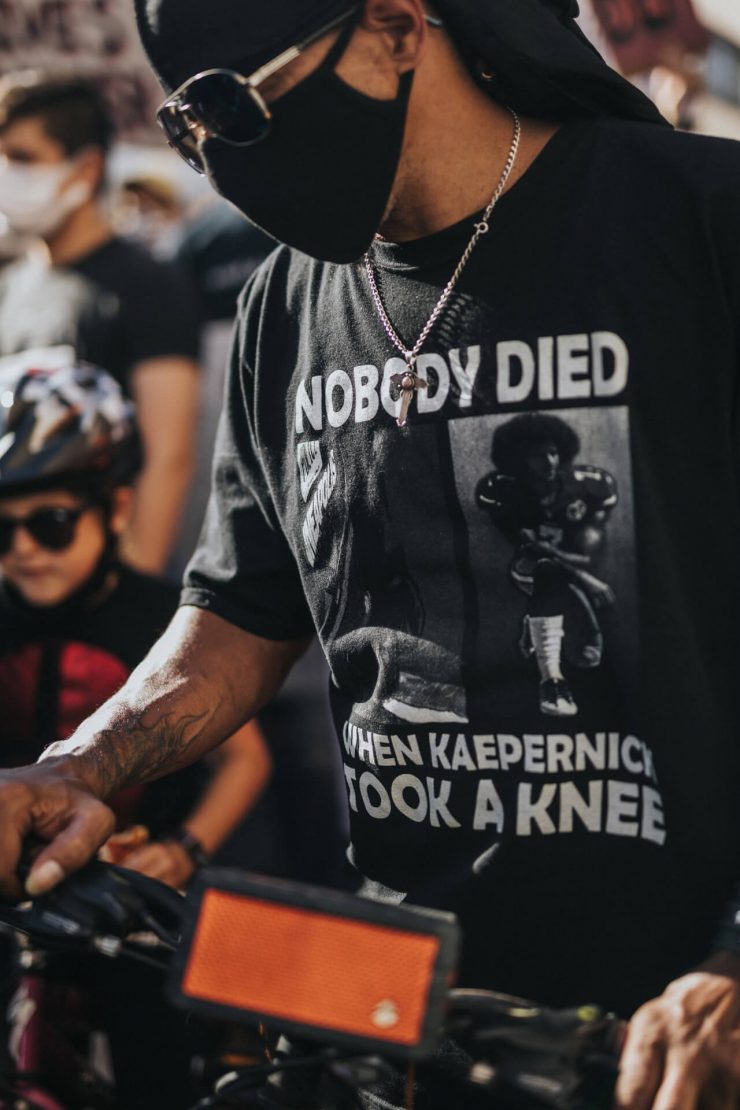 Donald Trump was roasted by the US mainstream media in 2017 for warning about the removal of statues of American presidents. The nationwide debate about historical monuments flared up again this year in the wake of racially-charged protests.

“So this week it’s Robert E. Lee. I noticed that [Confederate General Thomas] Stonewall Jackson is coming down,” Trump said at an August 2017 press conference in Charlottesville, Virginia, following rallies against the city’s plan to remove the statue of General Lee in which one protester was killed.

“I wonder, is George Washington next week, and is it Thomas Jefferson the week after?” Trump said of the first and third American presidents, who both owned slaves. “You really do have to ask yourself, ‘Where does it stop?’”

The national debate about historical monuments linked to slavery and racism has been going on for years, but it was in 2020 when Trump’s warning came true.

A group of students pulled down a statue of Thomas Jefferson in Portland, Oregon earlier in June. “We’re taking the city back, one racist statue at a time,” a protester said.

Three days later, local protesters toppled a statue of George Washington after draping it in American flag and setting it on fire.

Washington’s memorial in Baltimore was vandalised over the weekend with red paint. The protesters also spray-painted “destroy racists” and “BLM” on the base of the statue.

There’s more to come, with around two dozen cities across the United States having removed or approved the removal of controversial monuments, including one to Robert E. Lee in Richmond, Virginia and another to Theodore Roosevelt outside New York’s Museum of Natural History. Some of them have been defaced during Black Lives Matter protests, triggered by the in-custody death of former convict George Floyd last month.

The movement appears to be backed by the US mainstream media: The New York Times last week ran the headline, “Reconsidering the Past, One Statue at a Time”, and CNN published a gleeful piece declaring, “Statue removals show change is coming.”

Regarding Trump’s 2017 remark, there has been much less acceptance. The same media had stated that the warning was over the line.

There was a Washington Post headline reading, “Historians: No, Mr. President, Washington and Jefferson are not the same as Confederate generals.”

A similar-style New York Times piece cited a Harvard professor saying there was a “crucial difference between leaders like Washington and Jefferson, imperfect men who helped create the United States, and Confederate generals like Jackson and Lee, whose main historical significance is that they took up arms against it.”

NBC News had the headline, “Statues of Washington, Jefferson Aren’t ‘Next,’ But It’s Complicated, Historians Say.”

And Slate published an article headlined, “Removing Confederate Memorials Doesn’t Mean Washington and Jefferson Are Next.” It stated that “Trump’s comparison there is dumb. It doesn’t really even make any sense. And the notion that there’s some slippery slope is dumb.” Is it?

Header: A protestors wraps chains and ropes around the statue of U.S. President Andrew Jackson during an attempt by protestors to pull the statue down in the middle of Lafayette Park in front of the White House during racial inequality protests in Washington, D.C., U.S., June 22, 2020 @ REUTERS. Joshua Roberts.