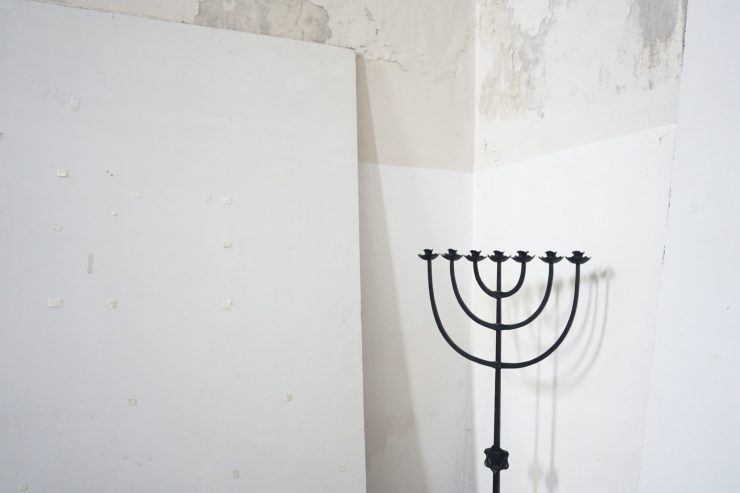 Global pandemics aren’t new, but the way Jewish communities are responding to this one is brand new. Rabbinic authorities in turmoil have kept shuls under lock and key. Allow-don’t- allow Jews to congregate causes sleepless nights given the mess we’re in today and the unknowable of what tomorrow might bring. The Coronavirus pandemic cannot be taken lightly.

To develop a framework for reopening scores of shuls that have been standing like mausoleums, the Chief Rabbi of South Africa enlisted a team of pandemic specialists.

I avoid the term ‘experts’ because the team is a cut above that breed.

There must have been a plague of experts even in the 1930’s for D H Lawrence to write, “When science starts to be interpretive it is more unscientific even than mysticism.”

What, we must wonder, would Lawrence write if he knew that a thousand epidemiologists gave masks and social distancing a thumbs-down while they gave anti-Semitic mobs lobbing bricks through store windows a thumbs-up.

One reason why a specialist often makes a better human than an expert is because in the main the former is well-meaning.

But Judaism, if I’m not mistaken, gives credit for actions rather than intent.

Well-meaning specialists can and do cause unintentional harm. The same goes for well meaning leaders of a community.

To quote the panel: “Shuls can reopen when the rate of new infections in the country is on the decline. Right now, the models we are relying on…..” So they invested faith in the tried and distrusted flattening of a curve, raising two problems.

One, an authentic curve describing the rate of new infections must be drawn from authentic data. ‘Iffy’ data will produce an ‘iffy’ curve. The other problem is more fundamental. It supposes a link between the infection rate of a country and the infection of shul-goers. What has one got to do with the other? Are they linked, (the technical term is ‘correlated?’ Can the infection rate of a population predict how many shul goers will be infected? I don’t see how it can.

Take South Africa, a country of two worlds: a third world in which most of the population lives, and a first world in which shul-goers live. A report on first world Israel could put the lid on the mistake of linking the rate of infection to the risk synagogues pose for spreading the virus. In Arutz Sheva on July 7th a study revealed where Israelis picked up the virus.

For all the controllers know, people could be at greater risk at home or going to work or eating out or shopping till they drop. Making only shul attendance difficult amounts to giving a thumbs-down to davening and a thumbs-up to minutiae in the greater scheme of life.

The pandemic may be epic but we don’t have to lose perspective. Counting fatalities presents a really sticky problem for advisors worth their salt. For good reason the Chief Rabbi’s advisors are not tracking the data of deaths from the virus. South Africa’s public health system is shambolic, and conditions in state hospitals are inhuman.

A Covid-19 patient denied food for days on end died, and probably was added to the tally for virus-related deaths.

On top of all, the command council directing the Covid-19 fight-back is a den of manipulation and corruption.

Any scientist worth his salt would look at the data released by it and sniff a rat.

But not the Jewish media (radio and press) which blithely quotes SA government data verbatim, and scares the wits out of the community.

Scaremongering lies at the heart and soul of the dilemma of when to open shuls and what health protocols to impose. When the media screams, “heading for the eye of the storm” it makes the community somewhat meshuga. We read of women physically sound and no more than middle age sentencing themselves to solitary confinement for a third of the year. Jews both play the media fear cycle and get caught in it.

Losing your head at a time like the present comes naturally. “Choose life” the Torah commands. Coping with coronavirus and choosing life puts us in a cleft stick. We mustn’t be reckless, but neither must we cower at home month after month waiting for a vaccine to come to the rescue. Life is for living – with precautions.

Attending shul involves risk, public health crisis or not. How many shul-goers have died in terror attacks compared to how many have died from being infected with the virus in shul? I don’t know, but although the two are really not comparable, my bet is around 100 to 1.

A team of pandemic professionals not just advising but helping to make policy is on shaky ground. Science is one thing. Making policy is another. Putting safety first by making conditions difficult for holding shul services is a policy matter. The Chief Rabbi and his team are making communal decisions, not going by halakhah.

In making communal decisions, instead of absolute values there are a multiple of conflicting considerations. The UK’s former Supreme Court judge Jonathan Sumption spells out what they might be.

“There are no non-negotiable absolutes,” he says, “not even the sanctity of life.”

If you argue with that then you must argue against allowing people to drive cars knowing that thousands of people are certain to be killed or maimed.

So then, is the policy for reopening shuls a good policy? The answer to that is another question. Is taking up a bazooka to kill a cockroach a good plan? In public health matters if you don’t let common sense prevail you can end up killing the patient with the cure.

For shul services let protocols of common sense prevail. Why control from a command post? No one is forced to attend shul. A disclaimer on notice boards and email notices could do the trick.

Let Jews, singly or jointly, weigh up the odds. Attend shul or stay away.