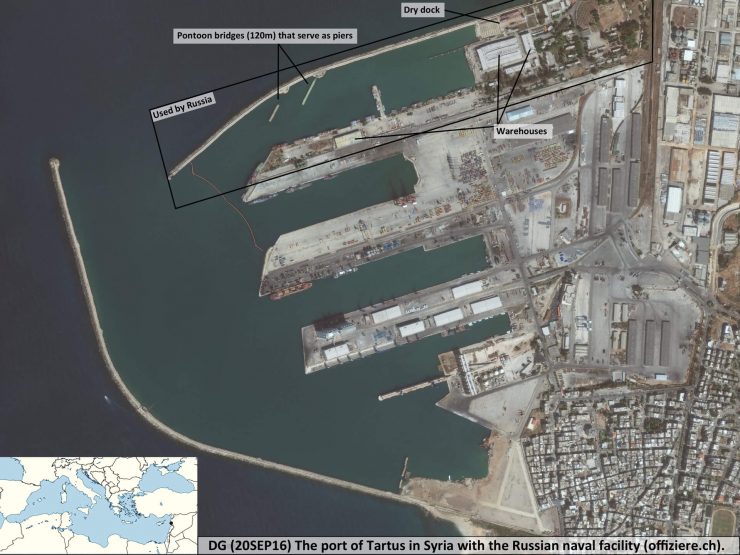 The Russian Navy’s Special Forces have conducted a new anti-sabotage exercise at Tartus Naval Base on the Syrian coast, Zvezda reported on March 10.

During the exercise, a sonar network at the base picked up an underwater target. An elite division of combat divers was quickly sent to intercept the target.

The divers were armed with pistols capable of shooting underwater.

While the divers were intercepting the underwater target, a second group of saboteurs was trying to break into the base in a high-speed boat. The saboteurs were, however, quickly stopped by the Buyan-class corvette Vyshniy Volochy and a Raptor high-speed armored boat.

Once all the saboteurs were apprehended, combat divers returned to water to make sure that no mines were planted at any of the vessels anchored in the port.

Last month, Russian forces and their Syrian counterpart held two exercises simulating an infiltration attempt and a full-on attack at Tartus Naval Base.

Russian bases Syria, including the Naval Base in Tartus, came under attack on several occasions in the last few years. The vast majority of attacks were, however, successfully repelled.