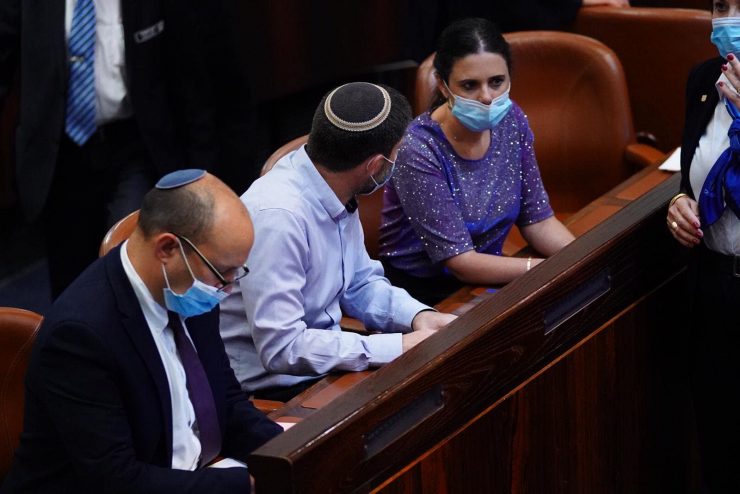 Large swathes of Israeli society have been dealing for years with the painful insight that the person running our country is corrupt. His willingness, according to the charges against him, to harness his public powers and authority in the service of his personal interests rather than the public good, is unarguably grave and dangerous. But we need to recognize that this is a specific instance of a common thing that’s been with us since the beginning of time.

That’s why the fact that the most important and powerful politician in Israel has been charged with bribery, fraud and breach of trust, is not what makes the three cases a seminal event in the history of the state. We’ve already had senior officials, ministers, and even a prime minister convicted of bribery and other forms of graft.

What makes the Netanyahu cases unique is not their content but the events around and beyond them.

The campaign to help him avoid trial is a tornado savaging the rule of law and destroying everything in its path. But Netanyahu could not have generated a twister like that on his lonesome.

His power is dependent on politicians, journalists and public figures who are feeding the storm and maintaining its strength.

Netanyahu is solely responsible (allegedly) for his corruption (he and the people who bribed him), while the circle of the people behind for the insane project to thwart his trial is much broader, much more dangerous and indicates something about Israeli society that is much more profound than the fact that its prime minister has transgressed.

Take, for example, the community of national religious settlers. It’s an elitist and arrogant group, convinced that the creator of the world is their team’s coach, and it speaks of itself as composed of a “quality” and “ethical” individuals (as opposed to those who are not members of their group, not to mention those who aren’t members of their people). I won’t elaborate on this sector’s racist, abhorrent moral world, which promotes a religious ethnocracy based on the oppression and humiliation of non-Jews. There is an ideological chasm between us and it will be resolved only with the total victory of one side.

What is relevant to the corruption issue is the attitude of the religious Zionist settler leadership toward the Netanyahu cases, since good governance and integrity are, in theory at least, values that this group is committed to from the Torah.

But that’s the thing – it’s not so. The settler leadership hasn’t thrown its support behind those trying to uproot corruption, quite the opposite: they’re leveraging the corruption to advance their political interests. True, they’re not taking money and such political exploitation is not criminal, but from a moral perspective this conduct is rotten too. And it’s no less serious.

We’re on the verge of a fourth election within two years, with a criminal defendant entrenching himself in the prime minister’s office and residence, only because the ideological religious right was prepared to help Netanyahu evade criminal responsibility, and because it continues to cover for him, even after repeated betrayals and humiliations.

The explanation is simple: For the Land of Israel, one may lie, cheat, and exonerate someone charged with taking bribes.

The “immunity in exchange for annexation” strategy came out of the closet in March 2019, mere weeks before the first of the latest elections. That’s when the newly minted chairman of the National Union party, MK Bezalel Smotrich, said he would submit a bill granting automatic immunity to Knesset members, that would have to be activey removed in order to prosecute them. That in turn would make it difficult to prosecute Netanyahu.

After the exit poll results showed a majority for a narrow right-wing government, Smotrich reiterated his proposal. “The key is to restore the Immunity Law to what it was until 2005, and thus convey confidence to all the partners that this government will serve out its term and do good for Israel,” he said, and added as though as an aside:

“The prime minister promised two days ago to apply sovereignty to Judea and Samaria. This promise must be kept.” Don Corleone couldn’t have put it better.

Naftali Bennett, who’s been riding the waves of the coronavirus crisis and rising in the popularity polls, also made it clear in the runup to the second of the recent elections that prosecution for alleged corruption was not on his agenda. “If there’s a stable government, there would have to be something very, very extreme for me to oppose immunity,” he said. His colleague, MK Ayelet Shaked, echoed his remarks a few days later. We need not expound on Rafi Peretz, who broke every political promise possible to join the accused’s government. None have changed their positions and to this day have not declared that legislation to stop Netanyahu’s trial is out of the question.

The values of good governance, honesty and integrity in the public service are up for sale by the parties of the religious right. The price varies.

Annexing three settlement blocs on a slow day, and all of Area C of the market becomes a seller’s market. The deal involves not just rescuing the man accused of corruption from a trial, but the corollaries of that aspiration, including aiding and abetting the destruction of law enforcement agencies and hamstringing the gatekeepers. What a quality population! How ethical! Maybe we shouldn’t be surprised given that this community’s daily bread is seizing other people’s lands, forcefully dispossessing their owners, and building illegally using public funds.

All of you who suddenly think Naftali Bennett is a viable political option to vote for because you are impressed by his criticism of how the government is handling the coronavirus crisis might want to rethink this. His party was and is one of the tornado parties: he won’t commit not to feed the storm, lest Netanyahu perhaps, perhaps invite them back into power.

That’s right – in return for realizing their apartheid vision, Bennett, Shaked and Smotrich, like the big bad wolf in the story of the three little pigs, are prepared to huff and puff until they blow the whole house down.