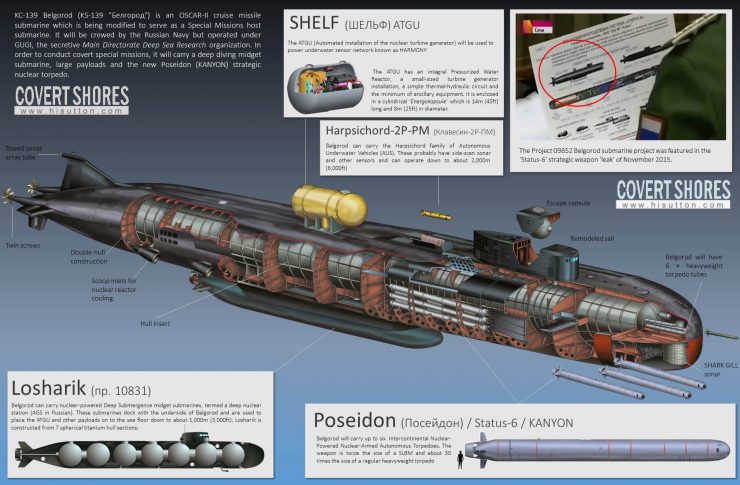 The work to repair the AS-31 nuclear-powered submersible, damaged in deadly fire on July 1, 2019, have been postponed until 2021, two sources close to Russia’s shipbuilding industry have told TASS.

“This year, there will be no unloading of the reactor core of the Losharik submersible, it has been rescheduled for 2021. The old AS-15 vessel is the first in the queue for this manipulation at the Zvezdochka shipyard.”

The second source confirmed the information, saying that “AS-31 is not the first in the queue for reactor unloading and subsequent repairs.”

Zvezdochka shipyard’s press service did not comment on the information provided by the sources.

The fire on the AS-31 military research submersible broke out on July 1, killing 14 submarine officers. Four of them were posthumously bestowed with the Hero of Russia title and the other ten with the Order of Courage.

An explosion and a faulty lithium battery were named among the likely causes of the incident.

In early November, the submersible was delivered to the Zvyozdochka Shipyard in Severodvinsk in the northern Arkhangelsk Region. Losharik was towed to the facility for repairs in the fall of 2019.

The Project No. and the performance characteristics of the AS-31 first-rank nuclear-powered submersible station have not been disclosed. The available data indicates that the submersible carries no armament and can dive to big depths.

The submarine severely damaged by the fire in the Barents Sea was nicknamed the Losharik due to the hull’s specific shape in the form of several connected titanium spheres.

Israeli media: Russian and US submarines clash in Alaska. The mystery of the ultra-secret Russian “Losharik” submarine disaster.

Heroic crew gave their lives to save others during sub disaster