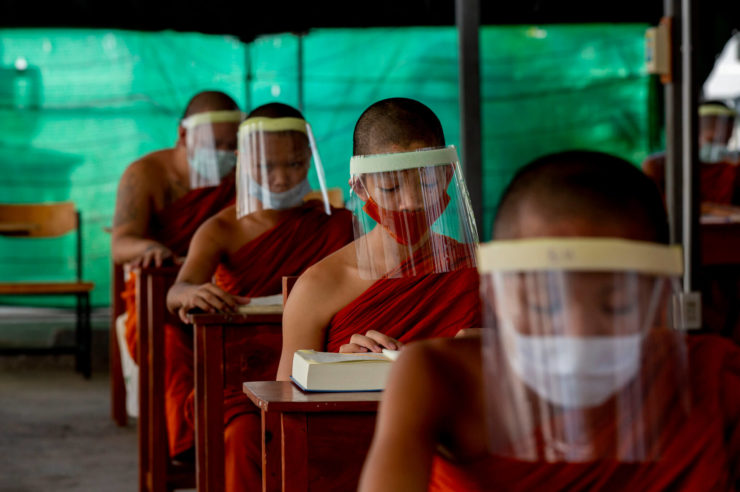 The number of COVID-19 infections worldwide has topped two million, according to a count maintained by John Hopkins University in the United States.

The university put the tally at 2,000,984 as of 14:30 GMT. The US has suffered the highest number of deaths in the world, 24,429. Fatalities in Italy stand at 21,067 according to the JHU count, while Spain has the third highest number of deaths at 18,579. France is fourth with 15,729 deaths, while the British government said Wednesday that 12,868 people have died in UK hospitals after testing positive for coronavirus, up 761 from the day before. The figure does not include deaths in nursing homes and other settings.

The numbers showed the global death toll had more than doubled in the past two weeks, with the figure at 936,000 on April 1.

Meanwhile, Sweden has reported a sharp spike in deaths. The number of deaths related to the coronavirus on Wednesday in the Nordic country was 1,203, up from 1,033 the previous day.

Swedish authorities have advised the public to practice social distancing. But unlike nearly all European countries, health authorities there have pursued relatively liberal policies to fight the coronavirus pandemic. Schools, bars and restaurants are still open, and only gatherings of more than 50 people have been banned.

Anders Wallensten of Sweden’s Public Health Agency said 1,064 people were in intensive care as of Wednesday, about the same number as Tuesday.

Prime Minister Shinzo Abe, whose coronavirus measures were criticized as inadequate, was under pressure Wednesday from within his ruling coalition to do more to encourage people to cooperate with social distancing and non-essential business closure requests.

Abe was pushed to consider a possibility of a 100,000 yen ($930) cash handout per person, which was not part of a 108 trillion yen ($1 trillion) economic stimulus he announced last week.

The parade on May 9 is the 75th anniversary of the victory. But the prohibition of mass gatherings to slow the spread of coronavirus has thrown the parade’s future into doubt.

A letter to Putin from veterans’ groups reported Wednesday by Russian news agencies called for postponement to a date “when, in accordance with the epidemiological situation, the parade will not be a threat, but truly a triumph of peace and security for all its participants.”

In France, Prime Minister Edouard Philippe announced all staff working in French public hospitals in the regions hardest hit by the coronavirus will get a 1,500 euro ($1,637) bonus from the state.

Philippe said France’s emergency package has been more than doubled to reach 110 billion euros ($120 billion) in aid for businesses and workers hard-hit by the virus crisis.

France is forecasting an 8 percent drop in growth this year because of virus confinement measures as it faces its worst recession since World War II.

In Germany, the government said it was seeing a “cautiously positive” trend on a number of coronavirus indicators, as senior officials met to discuss adjusting the restrictions.

Government spokesman Steffen Seibert said Germany should avoid “overconfidence,” noting that the country has recorded more than 3,400 deaths from COVID-19. Germany’s death rate remains lower than most comparable countries with about 132,000 confirmed cases.

Seibert said it was important “not to put at risk what’s been achieved and fall back into an uncontrolled, exponential spread of the virus.”

He said the decision about reopening kindergartens and schools “is certainly the most difficult,” noting this was largely within the prerogative of Germany’s 16 states.