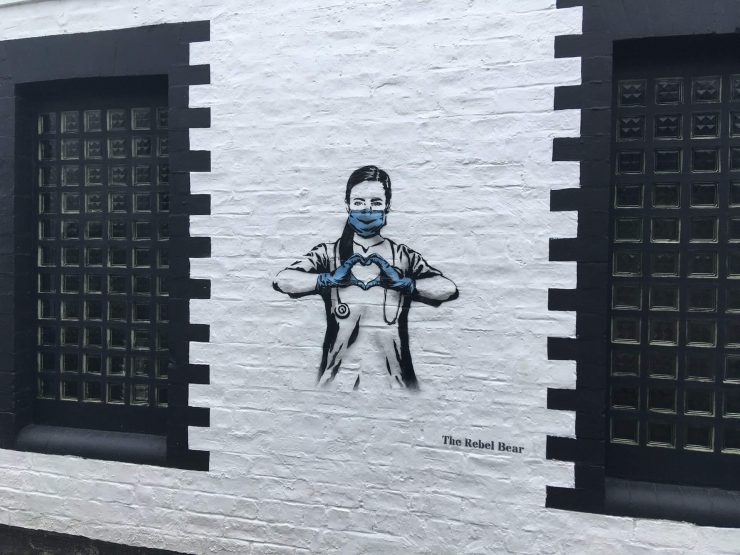 Some people experience Covid-19 as nothing more than a mild cold, and others exhibit no symptoms at all. Then there are the thousands who sicken and, often, die. Scientists are working hard to understand the underlying reasons for such huge discrepancies in symptoms and outcomes. No one knows the answer yet. One theory: It is locked deep in our genetic makeup.

We know that age and underlying health conditions, such as hypertension, play a large role in determining how people fare once they’ve contracted Covid-19. But these alone don’t explain the wide diversity of symptoms. Studying the genetics of the virus and people who are more susceptible to SARS-CoV-2 could not only help identify and protect those more at risk but also help speed treatment and drug development.

“What is it that makes some people very sick and other people hardly sick at all? There are two major possibilities,” says Kári Stefánsson, head of deCODE Genetics, an Icelandic subsidiary of Amgen Inc. that has conducted some of the most extensive studies of the virus to date.

One is the genetic sequence of the virus itself: that some strains make people sicker than others, he says. The other: the unique genetics of each person who catches the disease.

Some people’s genes may simply make them more vulnerable to severe illness, while others’ genetics may confer resistance. It is generally accepted that our genes do play a role in how we respond to viral infections.

On the extreme end, one mutation of the gene CCR5, for example, makes those who carry it resistant to human immunodeficiency virus, or HIV.

Certain genetic variants, especially in genes that influence the immune system, seem to predispose people to a host of other infectious diseases. One 2017 study looked at 23 common infections including chickenpox, shingles and cold sores and found genes that seemed to be associated with many of them.

Stefánsson and other scientists suspect human genetic variations may play a similar role in people who suffer from Covid-19. There are some early indications of this with the novel coronavirus. The receptor it uses to penetrate host cells, called ACE2, can be present in varying numbers in different people based on their genetics and on environmental factors, such as what medicines they take.

In recent weeks, efforts have mobilized to study the genetic underpinnings of the human body’s response to the virus. The Host Genetics Initiative, for one, is a collaboration of hundreds of scientists at dozens of institutions conducting more than 100 studies that aim to examine the genetics of people infected by SARS-CoV-2. “It’s clear we don’t understand why there’s so much difference between individuals responding to Covid-19,” said Eric Topol, director of the Scripps Research Translational Institute in La Jolla, California. “Beyond theory, there’s very little data so far.”

The hope is that such evidence will be forthcoming soon. Pharmaceutical company Amgen is working on developing novel coronavirus treatments that use antibodies to attack the virus. deCODE’s research will inform that work, providing genetic insights from patients who were previously infected. Consumer DNA-testing company 23andMe Inc. is also putting its vast trove of genetic data to use hunting for clues about how the virus works. The company will survey customers who contracted it and look for commonalities among those who experienced a severe response.

There are some obvious regions of the genome to begin exploring, said Adam Auton, a principal scientist at 23andMe, but it’s early days. “This is a numbers game,” he said. “It could be even 23andMe won’t have enough data to understand the host genetics of Covid-19.”

Researchers have already begun to get some sense of who is most vulnerable.

Some are honing in on the immune system and its response to infection as a potential trigger for severe disease.

As the body mounts an intense effort to fight off the previously unknown pathogen, the immune system can kick into overdrive — what’s known as a cytokine storm — causing collateral damage that may do more harm than the virus itself.

“If we can understand why some people experience cytokine storms, we can better treat them,” said Akiko Iwasaki, a Yale University immunologist. “We don’t have a rational way of designing therapeutics. We’re just giving the same drugs to people hoping they respond. If we can get down to a molecular level of understanding, we can be a lot more effective”

Children with less-developed immune systems could be less vulnerable.

Evidence from deCODE suggests women also may experience severe symptoms less frequently. Those in harm’s way are older adults and people with conditions that are tied to inflammation. Many of these conditions also have a genetic component.

Doctors at NYU Langone Health in New York analyzed more than 4,000 patients hospitalized with Covid-19 in March, as the virus was shutting down the city. Those over age 65 or who were significantly overweight, carrying an extra 80 to 100 pounds, were more likely to be hospitalized. Patients with low oxygen levels and signs of inflammation on lab tests were most likely to be critically ill.

The most surprising finding was the strong tie between obesity and critical illness, said lead researcher Christopher Petrilli, an assistant professor in the Department of Medicine. Overweight patients who were under age 60 were twice as likely to be hospitalized as their thinner peers, while those who were obese were three times as likely to need intensive care, the study found.

The results make sense because obesity is a pro-inflammatory state: People who carry extra weight have higher levels of immune response and inflammation, Petrilli said.

“It’s absolutely related to genetics,’’ he said. “Genetics plays a critical part in the development of your immune system. It’s a combination of that and things you have been exposed to in the past, plus other factors like obesity.”

Three of the most-powerful risk factors for severe disease all have a genetic component: high blood pressure, obesity and diabetes.

New York state, which is closely tracking people who died from Covid-19, found that almost 90% had other health conditions. The most common are high blood pressure, found in 56% of the 10,834 deaths through April 13, diabetes, high cholesterol and heart disease.

Stefánsson, at deCODE, said the virus’s extreme variability is one of its strengths.

“Most people it affects in a mild way, so they can spread the infection, but there is a subset of the population that gets seriously ill. It is both highly contagious and highly lethal,” he said. “It’s just a bad combination.”

This column does not necessarily reflect the opinion of the editorial board.